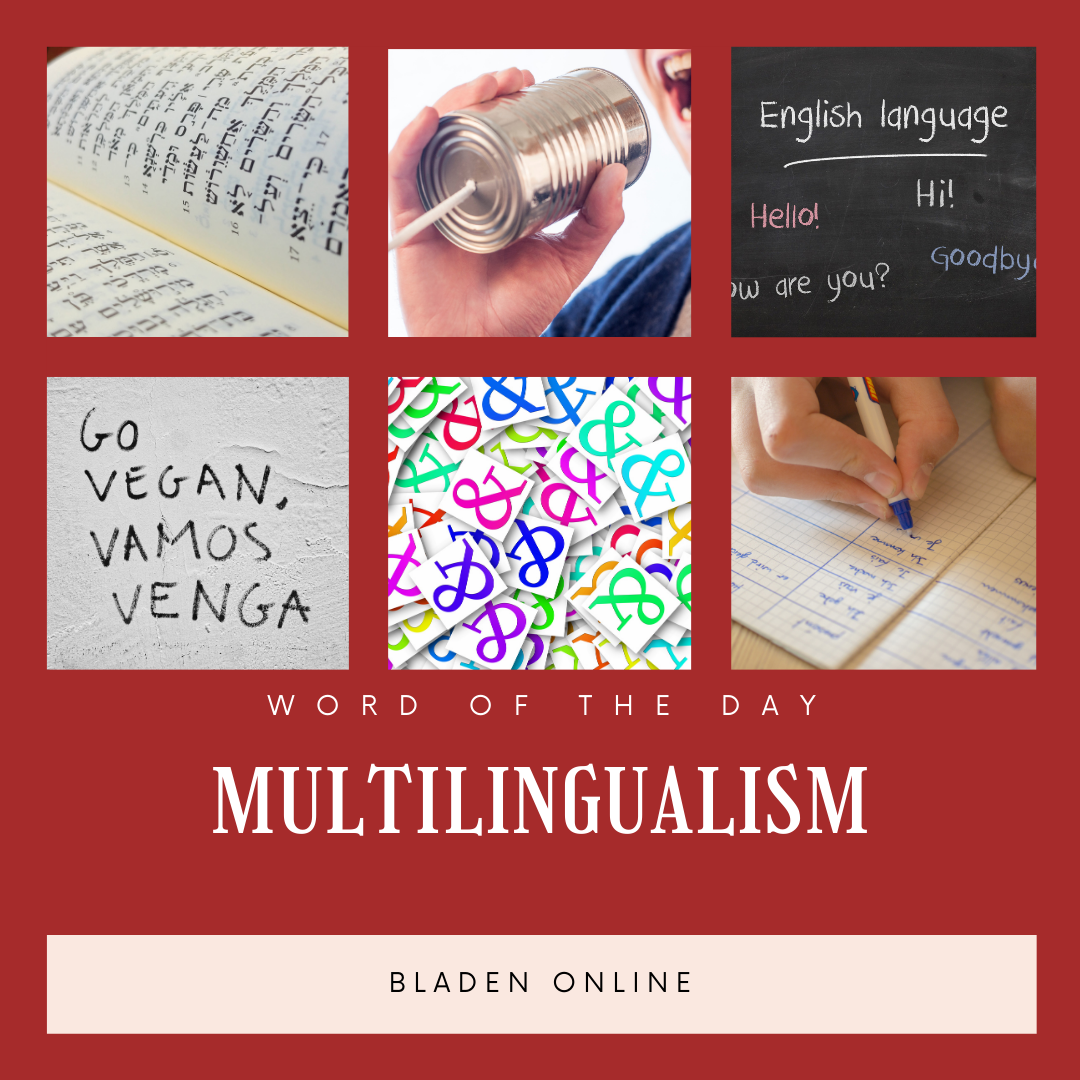 Word of the Day: Multilingualism

In today’s world, languages are an essential part of human interaction. The contributions when learning a new language allow not only to expand knowledge but also to get to know new cultures and perspectives.

The term multilingualism is considered a composite term. This word is made up of the words multi- and -language. The word “multi” comes from Latin and is translated as “numerous.” On the other hand, “language” comes from the Latin lunguis, which means language or language.

Multilingualism is considered the use of more than one language. This quality can be directed to a specific individual or group that speaks three or more languages.

According to the Science Focus website, “Ziad Fazah, born in Liberia, brought up in Beirut and now living in Brazil, claims to be the world’s greatest living polyglot, speaking a total of 59 world languages.”

The study of one or more languages allows people to acquire mental skills. It is scientifically proven that learning languages from an early age improves cognitive abilities. Among these benefits are greater understanding, concentration, and memorization.

Multilingualism has long been associated with mental health and the ability to process information. According to the Education Resources Information Center (ERIC) website, “Benefits of multilingualism practices in education include the creation and appreciation of cultural awareness, adds academic and educational value, enhances creativity, adjustment in society and appreciation of local languages.”

Contrary to multilingualism is monolingualism. This ability is referred to people who can speak a single language fluently.

Popularly, a person who learns three or more languages is called a polyglot. According to the Ilanguages Organization website, there are five ways to categorize how many languages does a person speak:

Human interaction is available linked to the use of language. Moreover, this form of interaction allows knowing and teaching different opinions and points of view. Currently, various aspects of daily life require multilingualism. Some of these aspects are business, travel, and social and scientific studies.

Multilingualism is a faculty that can be acquired with study and dedication. The importance of this ability lies in human communication and interaction. Language allows you to express and share ideas, emotions, and thoughts. On the other hand, understanding one or more languages expands the opportunity to get to know cultures and ideologies worldwide.