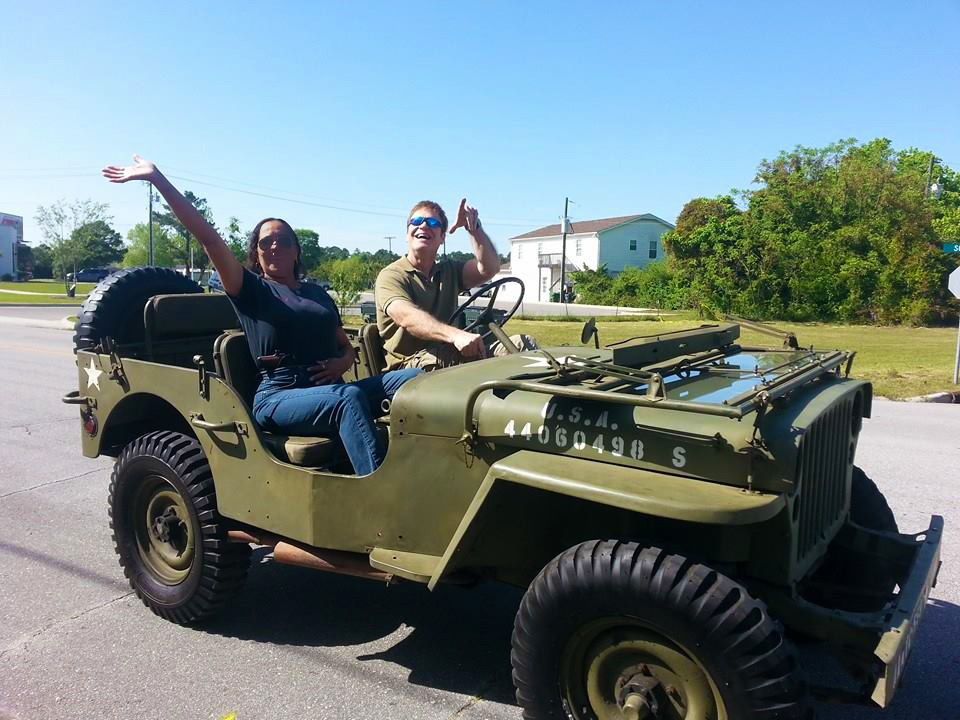 BCC Instructor will be speaker at Fort Fisher WWII program

Tyndall, a writer, researcher, historian, and avid collector of war memorabilia will present on both days, while sharing a unique display.

“I am setting up a functioning Anti-Aircraft Artillery Command Post,” described Tyndall, “as would have been seen at Fort Fisher in 1943 – 44.”

Fort Fisher is most widely known for its role in the Civil War in which the fort kept North Carolina’s port of Wilmington open to blockade-runners supplying necessary goods to Confederate armies inland.

On Labor-Day weekend, military and civilian reenactors will set up displays (including military vehicles and weapons) on the WWII airstrip at the Fort. General admission is free, although there may be a small charge for tours.

For a donation, visitors can ride in one of the authentic World War II jeeps on display.

“I am taking my WWII Jeep, and will have driving tours of the WWII remains at Fort Fisher on both days,” said Tyndall.

Guest speakers will be in the Spencer Theatre both Saturday and Sunday. The presentations are free and open to the public. Tyndall is scheduled to speak at 3 P.M. on Saturday and 12:30 P.M. on Sunday, about the role of Camp Davis and Fort Fisher in the war.