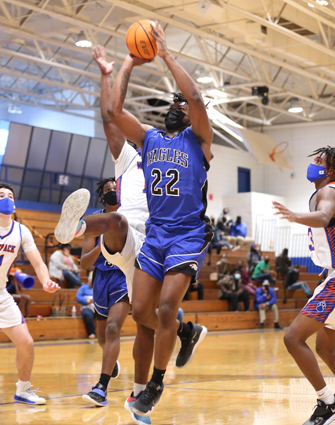 WHITEVILLE – Junior Wendell Smith keyed a 26-12 closing surge that rallied Whiteville to a 46-40 victory Saturday over East Bladen in the Three Rivers Conference boys’ basketball opener for both schools.

Six points from senior Antonio McFadden edged the Wolfpack ahead 8-7 in the 1st period. Sophomore Malcolm Bolden tossed in a basket and 2 free throws, senior Javant McDowell muscled in a basket, and senior Freddy Wooten canned a free throw for East in the quarter. 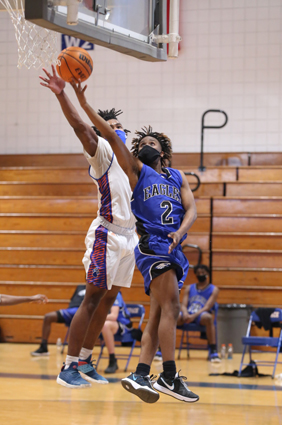 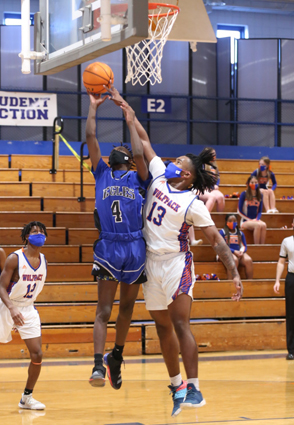 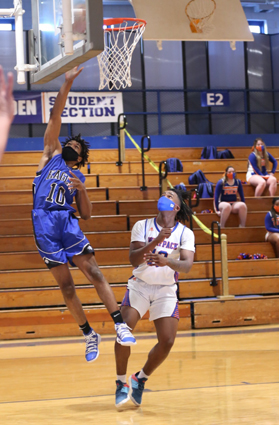 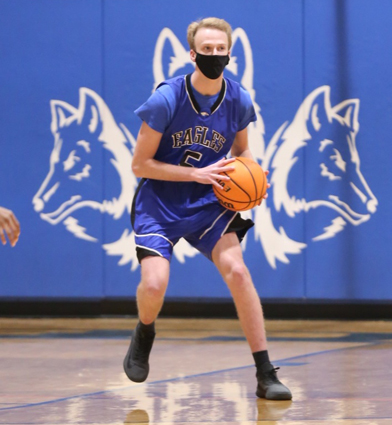 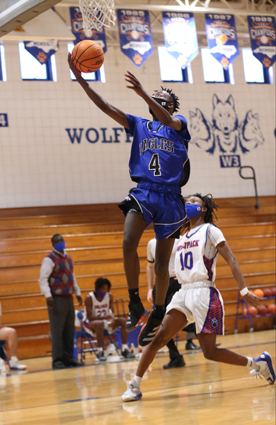 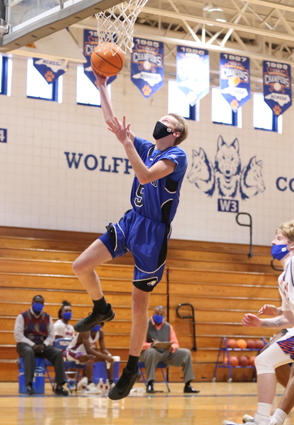 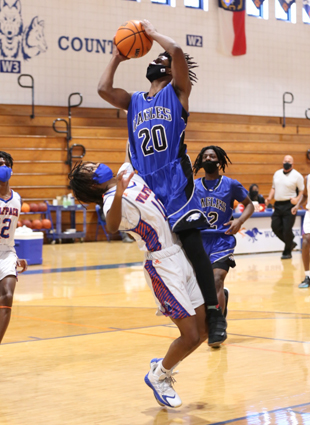 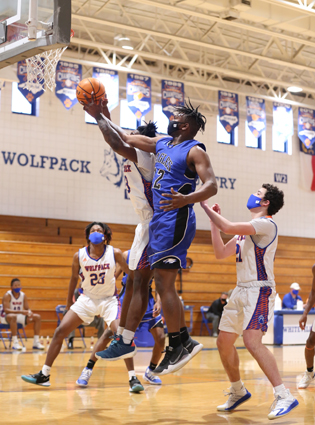 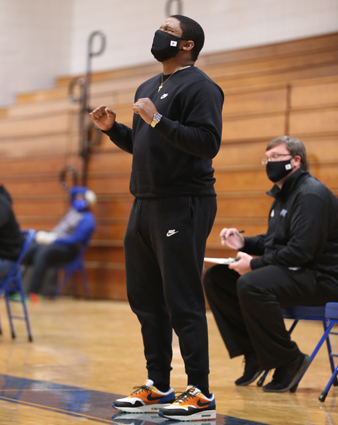 Bolden sank 3 free throws and a basket, and Wooten and sophomore Zamar Lewis popped in baskets as East Bladen jumped on top 16-14 at halftime.

Wooten fired in a trio of baskets in the 3rd quarter, and seniors Charles Brown, Rasean McKoy and McDowell threw in a basket each as the Eagles opened up a 28-20 lead at the quarter break.

Two baskets from McKoy, a pair of Wooten free throws, and baskets from Brown, McDowell and senior Jacob Priest kept the Eagles close in the final period.

However Smith poured in 4 baskets and made 7 of 7 free throws in the quarter as he scored 15 of his game-high 17 points. McFadden followed Smith with 12 points, and teammate Daejuan Thompson netted 11 points.

Wooten topped the Eagles scoring with 11 points. Bolden finished with 9 points, and McKoy and McDowell scored 6 points each.

It was the first loss of the season for the Eagles, now 3-1. East Bladen is slated to travel to South Columbus Tuesday night.