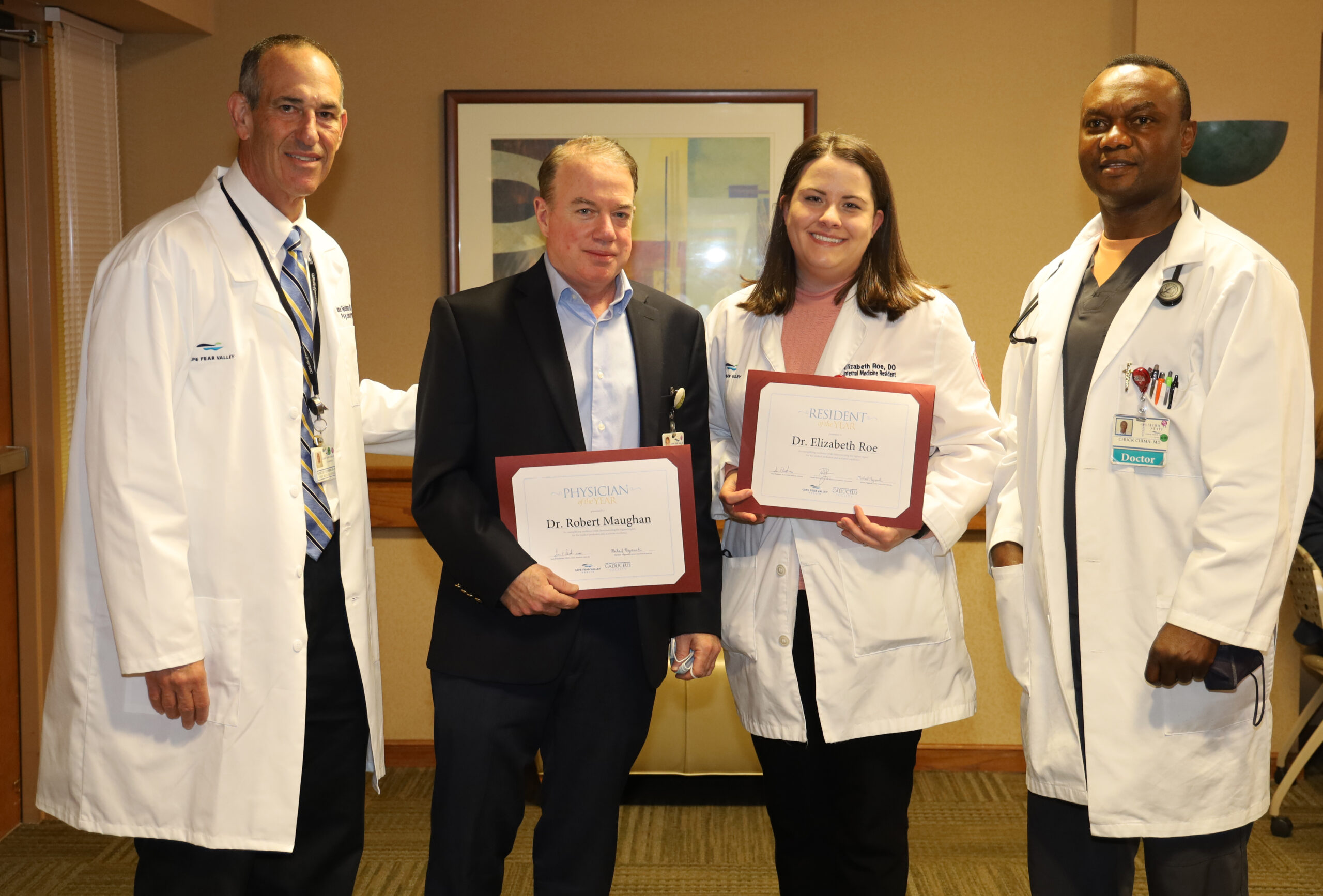 The final selections are made by the Caduceus Society Advisory Committee and based on nominations that illustrate how each exemplifies excellence through the Cape Fear Valley Health values – patient-centeredness, integrity, cultural diversity, innovation, teamwork, and accountability – as a physician or resident while demonstrating the highest regard for the medical profession and academic excellence. Each year’s winners receive a $500 educational stipend from the Cape Fear Valley Health Foundation’s Caduceus Society Endowment.

Cardiothoracic Surgeon Robert Maughan, M.D., is the 2021 Physician of the Year. He was described in his nomination as “one of our exceptional physicians,” a great physician and patient advocate, and “an absolute pleasure to work with.” He was praised for his accessibility when needed to discuss cases with fellow physicians, and for going above and beyond for his patients, such as when he came into the hospital at midnight to check on a patient.

Internal medicine resident Elizabeth Roe, DO, is the 2021 Resident of the Year. According to her nomination, she has “won the respect of all her peers as a senior internal medicine resident.” Described as a respected leader who gives tirelessly of herself to her patients, she “has helped lead the way with COVID-19 planning and implementation of changes in patient care.” Dr. Roe is a graduate of the Campbell University Jerry M. Wallace School of Osteopathic Medicine.