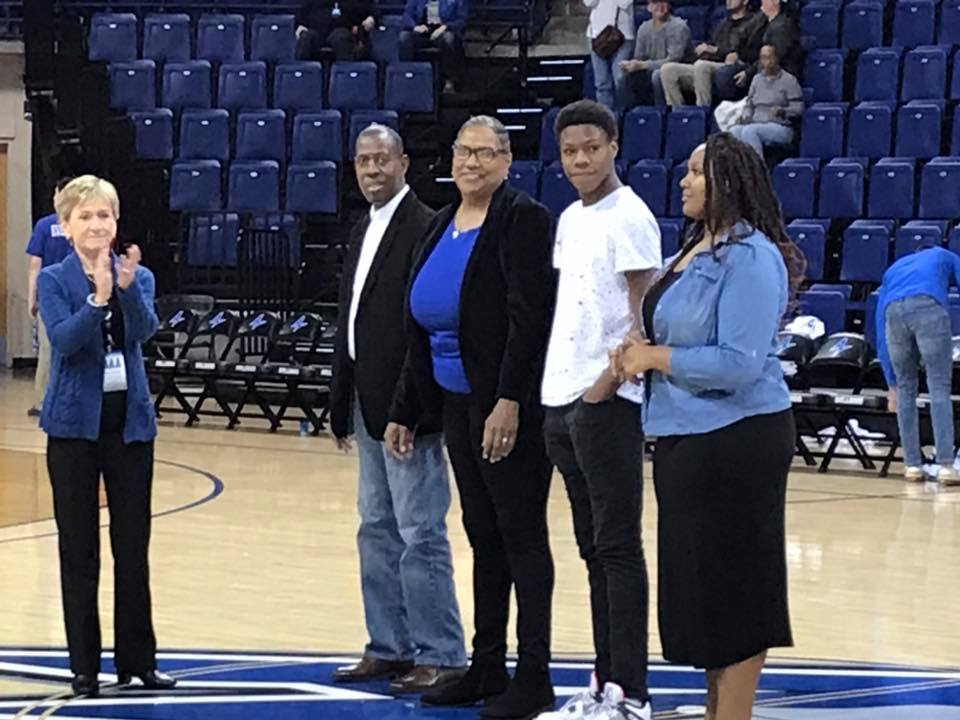 Saturday marked a monumental occasion for Clarkton High School graduate, Sheila Ford Duncan, as she watched # 54 descend into the ranks of retired jerseys at UNC Asheville. Duncan was honored in a ceremony during halftime of the Lady Bulldog’s match up with South Carolina Upstate. Her family, friends, and coaches joined her, as well as her ‘83-’84 teammates, who are the only NAIA national championship team in the school’s history.

Sheila Ford Duncan became the first female in the NCAA or NAIA to surpass both career marks of 2,000 points and 2,000 rebounds. She jokingly said those rebounds came from missing her first shot and going back up for the follow-up. To this day, she is one of only a handful of women or men in the NCAA and NAIA to accomplish that feat.

Reminiscing before the ceremony, Duncan said, “After tryouts at UNC-W and Pembroke State, I journeyed to Asheville for my final tryout. I’d never heard of UNC Asheville until my high school coach, Raymond Marlowe, suggested I take a look at them. I fell in love with the campus and the scenery of the Great Smoky Mountains, and well, the rest is history.”

When asked about the ceremony, Duncan replied, “This past Saturday was a very memorable event; one I won’t soon forget. I would like to thank Mike Gore, Sports Information Director (retired), Janet Cone, Athletic Director, and Betsy Blose, Special Assistant to the Athletic Director, for making this event unforgettable. To be able to experience this with my teammates, family, and friends made it so special.”

Sheila Ford Duncan is quick to remind us there is no “I” in team, and she would not have her success without her teammates and former UNC Asheville coach, Helen Carroll. “They are a special group of ladies. Every time we get together, it is a time of reliving days gone by and great college days. My four years at UNC Asheville were some of the best times of my life. The friendships and relationships that I made there and have maintained for the past thirty-five years is a remarkable feat.”

Sheila Ford Duncan is the daughter of Mr. Harold Ford and the late Lendora Ford of Clarkton. Well done, Sheila! Clarkton is proud of their native daughter!

Included are pictures of Sheila with her family, her jersey, and then the image of her with high
school coach, Raymond Marlowe, and college coach Helen Carroll. 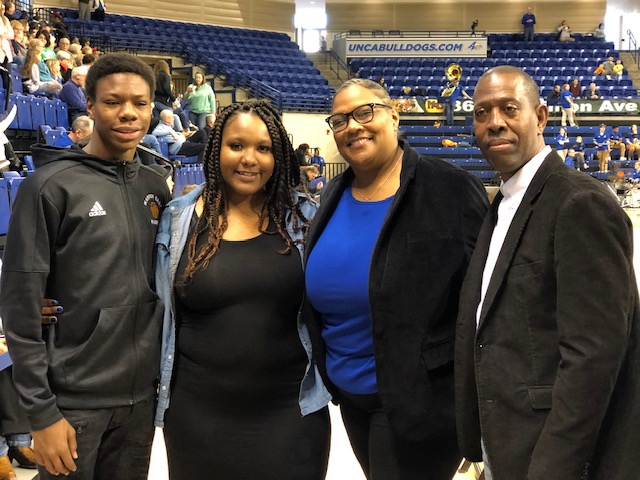 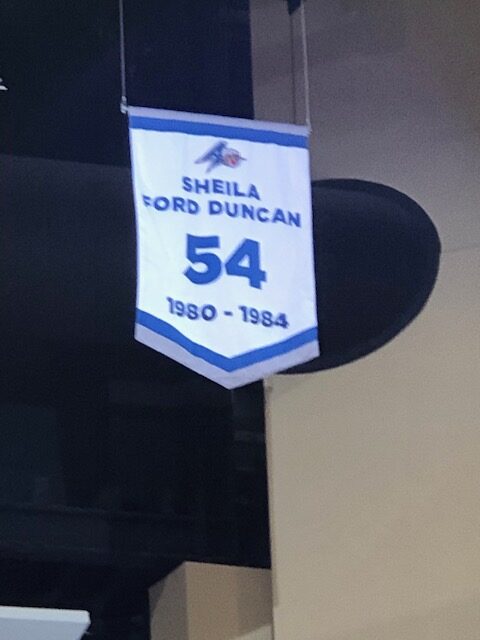 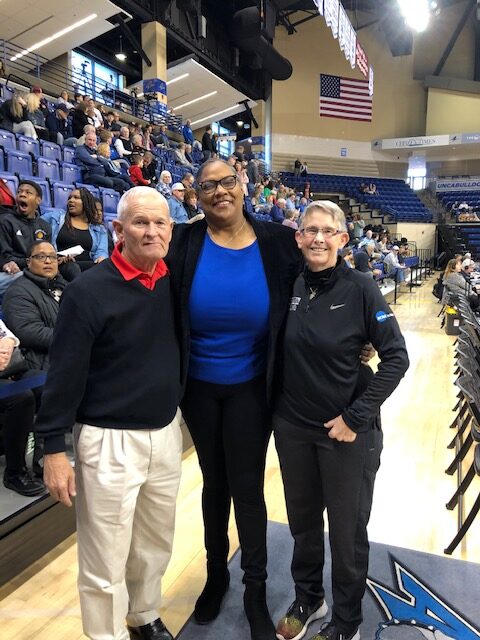 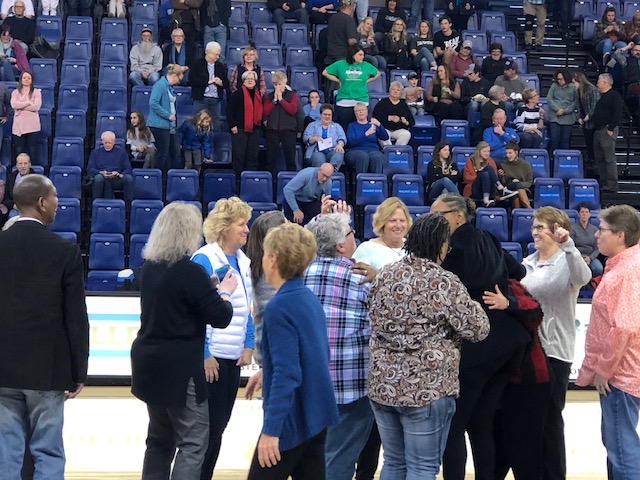