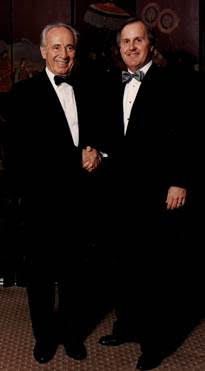 CONGRESSMAN PITTENGER’S STATEMENT ON THE PASSING OF SHIMON PERES

“The passing of Shimon Peres is a loss for peace and stability in the Middle East.  Former Prime Minister and President Peres was a true statesman who led his country with dignity and distinction.  In 1996, I was honored to have him as my guest for a Charlotte Foreign Policy Forum dinner, and we met again in 2013 while I was in Israel.  May his thoughtful understanding of global issues prevail today.”