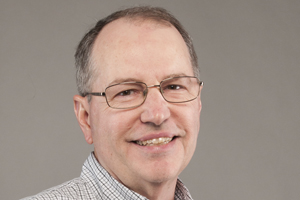 Who among us hasn’t enjoyed a game of cornhole? Tossing the bean bag toward an angled board and hoping it falls through the hole in the middle. It’s a tailgating and backyard gathering staple because anyone can play.

Like all light-hearted, backyard relaxing games it evolves — or devolves, depending on your view — into a professional competition.

Yes, there’s an American Cornhole League. If there’s professional eating, professional Frisbee, professional axe throwing and professional dodgeball, then why not cornhole? Those events are perfect for 24-hour sports networks, although it’s debatable whether eating is a sport or more of a necessity.

The other day, while channel surfing as many retirees do, I stumbled across the ACL’s Superhole III event. It was a competition that featured teams of a professional and a celebrity held in August inside the Rock Hill (South Carolina) Convention Center.

Unsurprisingly, I knew more of the celebrities than the pro cornhole players — or would that be pro cornholers?. In fact, I had never heard of any of the pro players, but all were very good at tossing those bean bags.

Admittedly, I had not heard of Situation nor Rector, but they apparently are famous or at least somewhat famous. In case you didn’t know, acting and music really aren’t my thing any longer like they were back in the late 1970s when I was playing “Boogie Oogie Oogie” by A Taste of Honey, “My Sharona” by The Knack and “The Devil Went Down to Georgia” by the Charlie Daniels Band on WBLA in Elizabethtown. On a Friday, in between cuing the 45s on the turntables, I would give the Wonderful Bladen Lakes Area Wonderful Weekend Weatherwatch Forecast.

As for Superhole III, the pros and celebrities took turns tossing four-bag sets. A match lasted either 10 rounds or until a team reached 21 points and lasted about 15 minutes.

In the end, the team of Matt Guy and Flutie defeated the team of Mark Richards and Staley in the championship match. Flutie was consistent throughout the competition. Staley had a three-bagger in the finals where her toss went into the hole and knocked in two of her other bags that were hanging on the edge. It was quite a shot.

Now that’s I’ve seen professional cornhole, eating, Frisbee and axe throwing I’m on the lookout for a showing of professional dodgeball. Could tiddlywinks be far behind?

• 2016 — Cam Newton throws two touchdowns and runs for two others, and Carolina’s big-play defense stifles Arizona’s top-ranked offense in a 49-15 romp for the NFC championship.