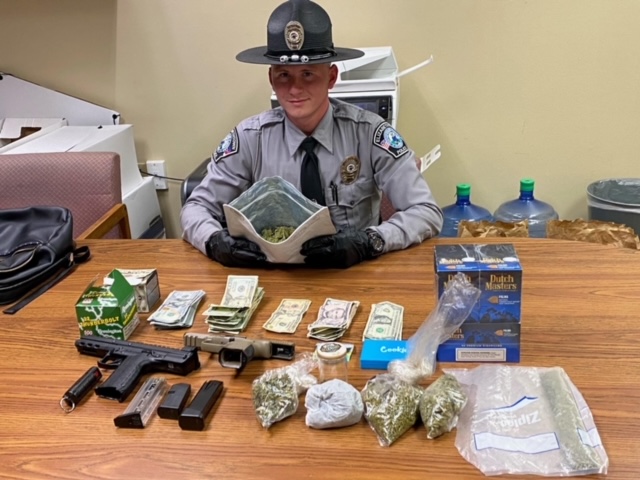 On Tuesday, July 13th, 2021, Elizabethtown Police Officer Blake Willoughby conducted a traffic stop on S. Poplar Street near Anderson’s Drug Store. Officer Willoughby developed probable cause to search the vehicle while interviewing the driver. As a result, he located 184.5 grams of marijuana, two handguns, a set of digital scales, and $6,913.00 in cash. 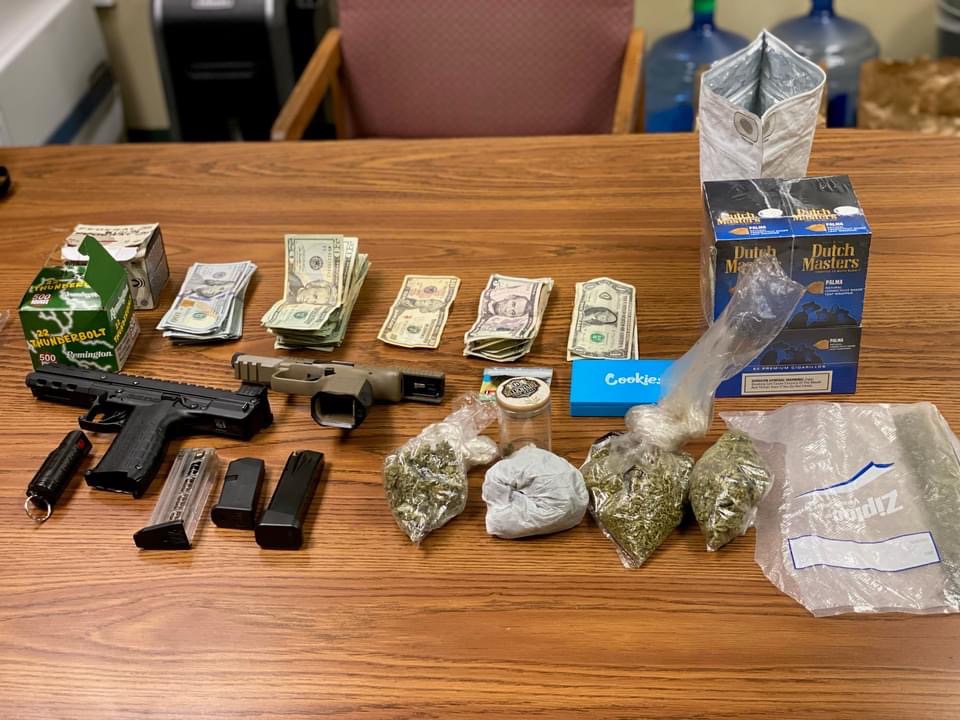