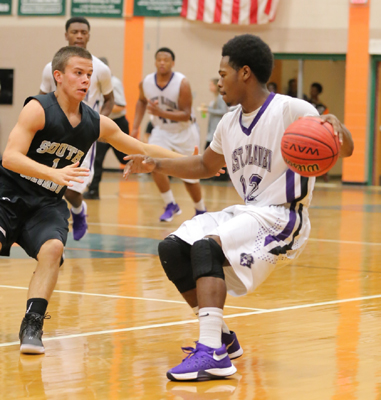 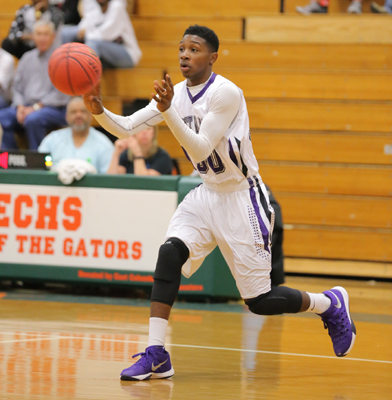 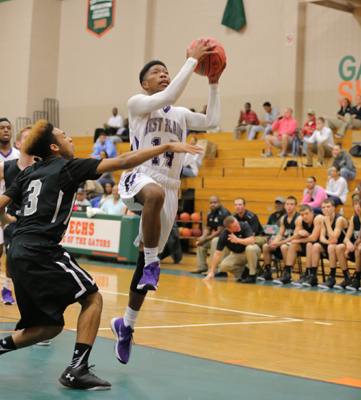 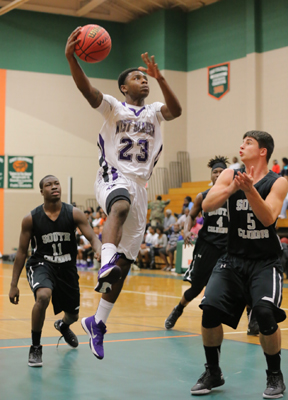 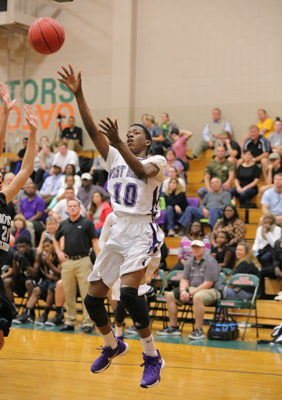 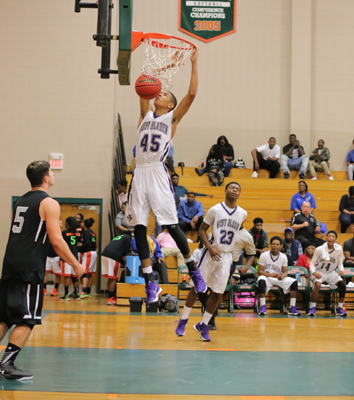 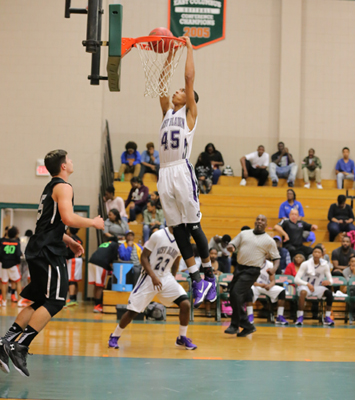 Junior John Bowen fired in 10 of his game-high 21 points during a 19-4 third period run that propelled West Bladen to a 53-30 boys basketball victory over South Columbus Monday night in the opening round of the East Columbus Christmas Tournament.

With the Knights leading 22-13 at halftime, Bowen tossed in a baseline jumper and put back a rebound to begin the second half then drilled in a 3-point shot from the left wing for a 29-13 West Bladen lead.

Bowen turned a feed from sophmore Jonathan Robinson into a lay-up and a three-point play. Robinson made a free throw, and senior Stefan McDonald stole the ball and raced for a lay-up and a 35-15 Knight lead.

Junior Kalvin Page dropped in a lay-up in transition, then stole the ball, was fouled and canned 2 free throws. Senior Malique McDowell sank two free throws to stretch the West lead to 41-17.

Junior Sayaun Dent hit 2 free throws and freshman Keshawn Lewis added one for the Knights to start the final quarter. Bowen put back a rebound, delivered a lay-up, drained a 3-point shot and slammed in a dunk off of a McDonald pass as the margin swelled to 53-24.

Bowen poured in 19 of his 21 points in the second half and also grabbed 4 rebounds. “When John plays aggressive on offense, he can be really good,” said Knight Coach Travis Pait.

McDonald finished with 14 points, 4 steals and 2 assists for West Bladen. “I thought Stefan played good in the second half,” added Coach Pait. “It seems like whenever Malique (McDowell) comes in, something good happens, and I though Jonathan (Robinson) had a good game for us.”

McDonald buried a 3-point shot to start the game, and Lewis stole the ball and dashed for a lay-up. McDonald drove for a lay-up then turned a steal into another lay-up and a 9-6 lead at the quarter break.

Dent netted a free throw then converted a McDonald assist into a lay-up. Dent delivered passes to sophmore Shaquille Johnson and McDonald for lay-ups and a 16-6 lead.

Johnson found Bowen inside for another Knight lay-up, and Robinson cashed in a free throw. McDonald stole the ball and dashed ahead for a dunk and a 21-8 West Bladen lead.

West Bladen improves to 9-1 with the victory and will battle South Robeson – a 64-54 victor over East Columbus –  in Tuesday night’s championship game at 7:30.

“We are getting there,” said Coach Pait. “We have to play better tomorrow if we want to win this tournament.”