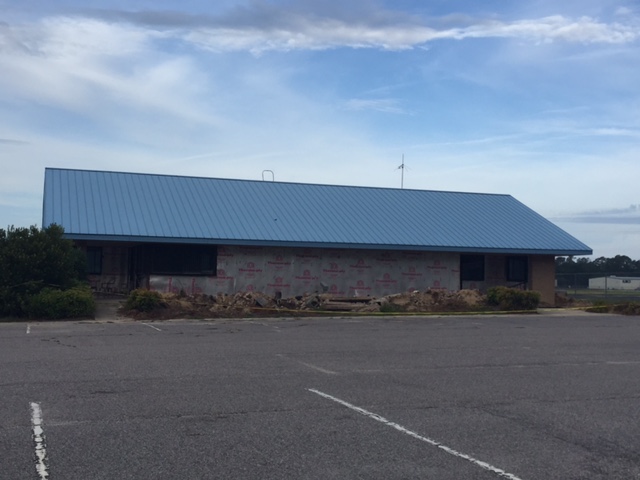 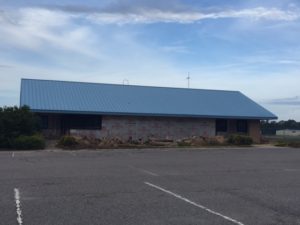 The Elizabethtown Airport terminal project is slowly inching forward with the recent bid opening. Town Manager Eddie Madden said the bids have been received and reviewed by town staff but no bid has been awarded.

“The bids came in slightly above budget,” said Madden. He said town staff have been working with Burney and Burney of Wilmington to “value engineer” the new terminal building.

“We have identified ways to reduce costs and to get the project back in budget,” said Madden.

He anticipates the bids being placed on the August agenda for the consideration of the town council.  Madden said once the bid is awarded, construction of the facility should be completed in about 10 months. He expects work on the new facility to begin in October. The terminal project will be funded with a $1.2 million grant from the North Carolina Division of Aviation.

Madden said the former terminal building may soon be getting a new home.  He said one local business has come forward and made an offer on the facility. “In the last two weeks, we were approached by a local business and an offer has been made,” said Madden.

He said the offer will presented at the Airport Board meeting which was rescheduled to next week.  The Airport Board will meet on Tuesday, July 18, at 7:30 a.m. in the temporary terminal facility.

The meeting had to be rescheduled because two items were not complete, according to Madden.  The two items were the offer to purchase the former terminal building and the second item was a matter involving a septic permit for the house on Gibson Dairy Road owned by the Airport Commission.

Also, Madden said the airport taxiway project will be placed out for bid later this month. The taxiway project will connect the existing airport to property the Airport Commission purchased years ago that is adjacent to the Industrial Park. Madden said any development which takes place on the land must be aircraft related. When asked about the possibility of an air freight terminal, Madden said that would be one possible use. Other potential uses would be aircraft maintenance or leasing to businesses which their own aircraft they want to house at the airport.