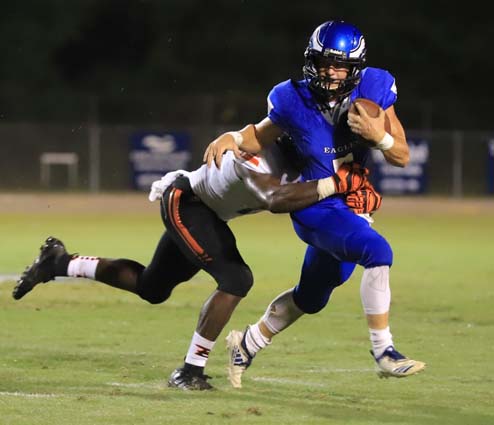 ELIZABETHTOWN- Senior Cameren Dalrymple and sophomore Kanye Roberts combined to rush for 271 yards and score five touchdowns as they led Wallace-Rose Hill to a 44-0 victory over East Bladen in their nonconference football opener.

The start of the game was delayed by lightning and didn’t kick-off until 8:50 p.m. It was scheduled to begin at 7:30. 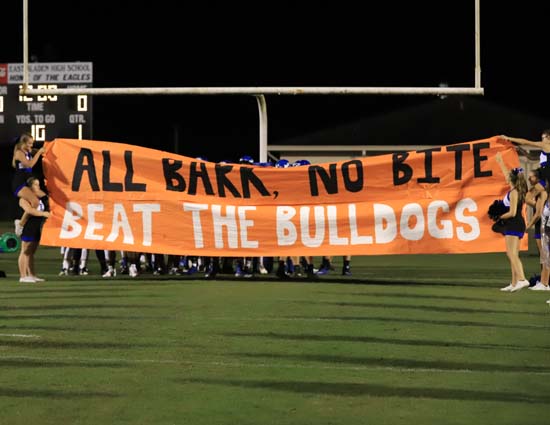 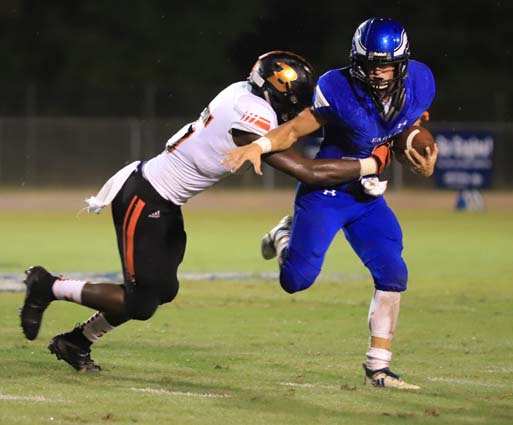 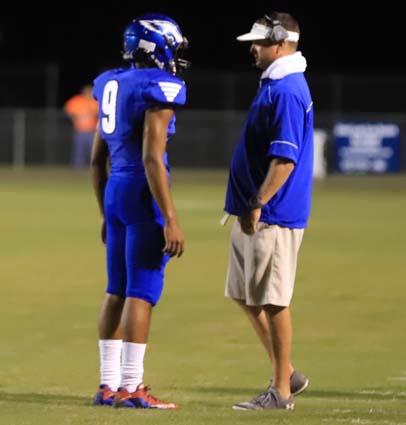 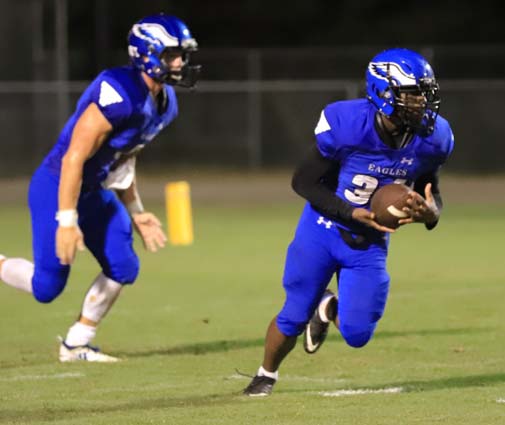 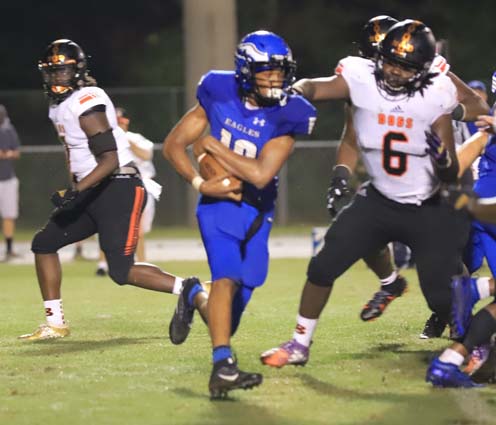 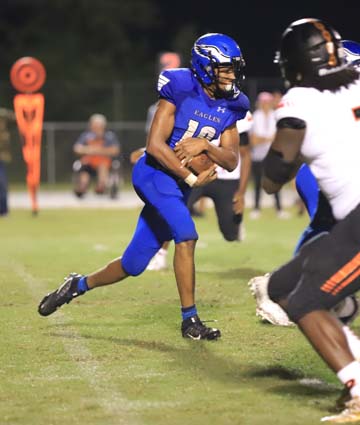 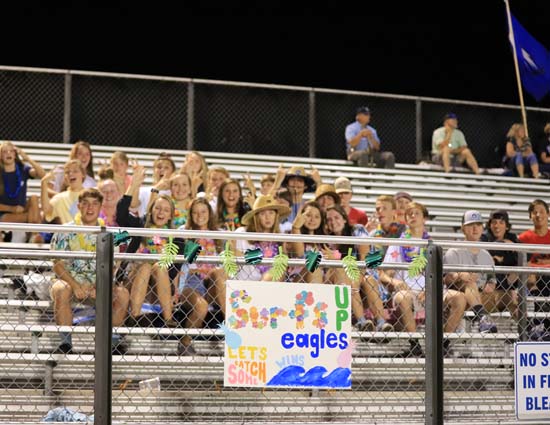 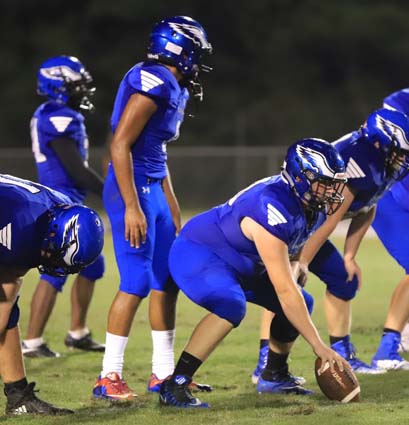 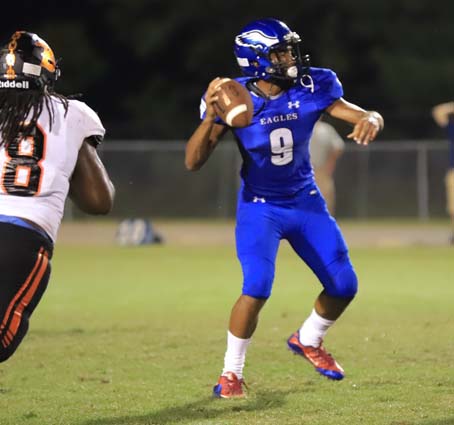 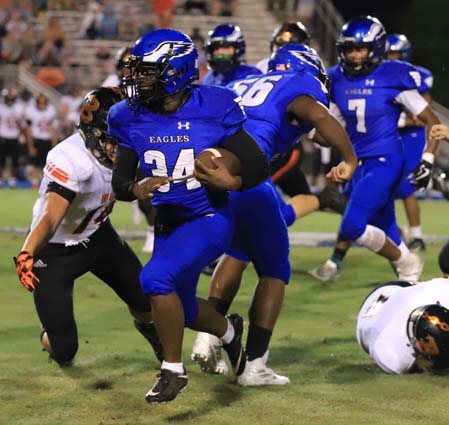 Dalrymple rushed 12 times for 174 yards and had touchdown runs of 15 and 73 yards. He caught a 15-yard TD pass from junior quarterback Malachi Brice and ran for a pair of 2-point conversions.

Roberts carried 12 times for 97 yards and had a 27-yard touchdown run. He also snagged a 16-yard scoring pass from Brice. Senior Anthony Byrd darted 6 yards for a Bulldog touchdown and ran for a 2-point conversion.

After Dalrymple’s 15-yard TD, Eagle senior Zaquis Leach returned the kickoff 27 yards. The Eagles drove to the Bulldog 41 yard line, but were stopped on downs.

Following Roberts touchdown that pushed the lead to 14-0, Leach galloped 47 yards on the kickoff return to the Bulldog 32. A facemask penalty moved the ball to the Wallace 12, but the Eagles were eventually stopped on downs at the 4.

Junior Rasean McKoy raced 40 yards on another kickoff return to the Bulldog 46 yard line, but a pass interception by Wallace’s Kendrick Foy at the 12 yard line ended the threat.

Senior Lawson Hester returned a second-half Wallace kick-off 36 yards as the Eagles racked up 197 yards on seven kickoff returns. “That was our best offense,” said East Coach Robby Priest. “They (Wallace) are really good, but we don’t take a lot of positives from this game.”

Two pass interceptions and three lost fumbles plagued the Eagle offense. “That was what we did in the scrimmages,” noted Priest. “We put the ball on the ground at the worse times – of course, any time is a bad time for that.”

East Bladen will travel to Clinton on Friday night.