Girl thanks Deputy for his comfort during incident 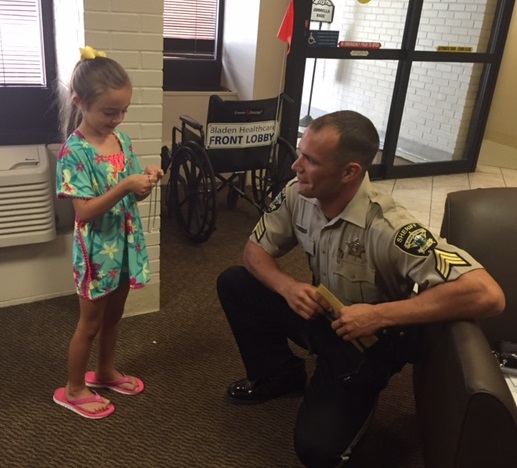 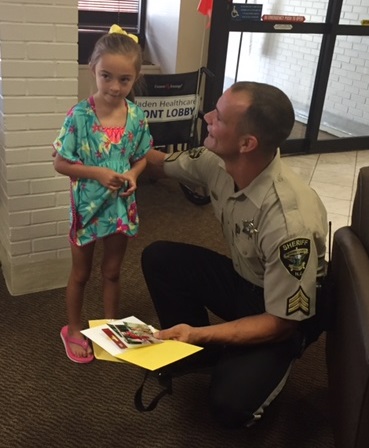 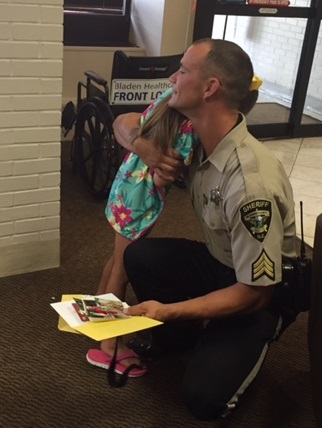 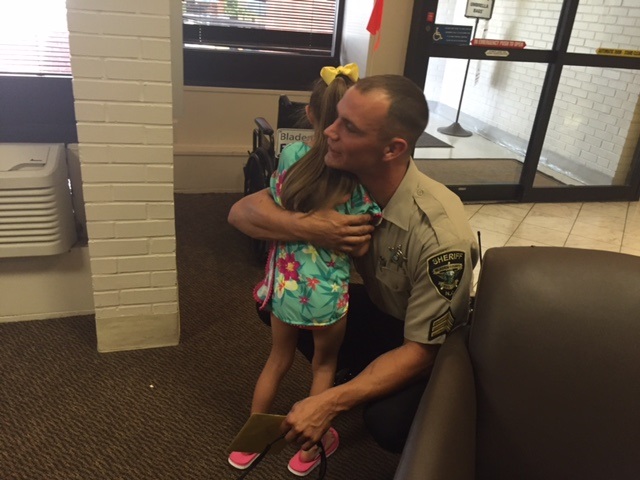 When a child is injured or sick, it’s a stressful time for all concerned. For one little girl, one Deputy stood out from the rest when she was involved in an incident one year ago. Graclyn McLean was transported to Bladen County Hospital following an incident on July 10, 2015.

When Graclyn spotted Deputy Bailey as he entered the lobby of the hospital on Friday morning, she could hardly contain her excitement. She immediately greeted him with a big smile and offered him a card expressing the family’s thanks and a hug.

Her mother, Nicole McLean recounted what happened last year. Nicole McLean said, “When my husband and I arrived at the hospital, we were met by a dynamic team of hospital staff and law enforcement.  One particular law enforcement officer stood out, and that was Officer R. J. Bailey. He stayed by Graclyn’s side the entire time, and made her feel at ease.”

“We cannot thank him enough from the love and compassion he showed during such a stressful time. We stand with Officer Bailey, Sheriff McVicker and all law enforcement officers that put their lives on the line to protect us each day!” said McLean.