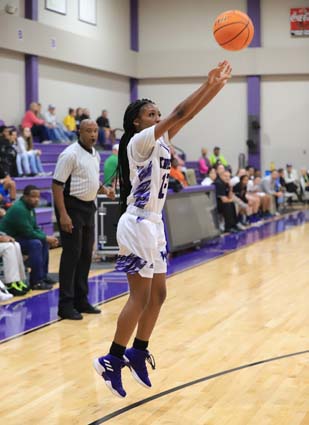 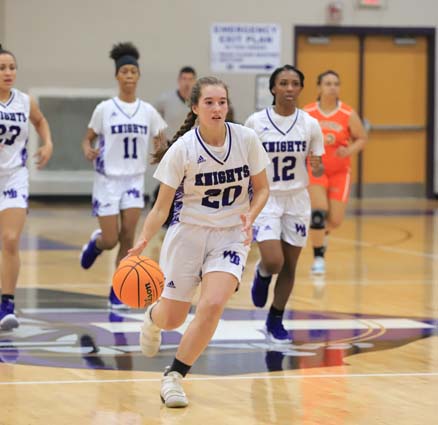 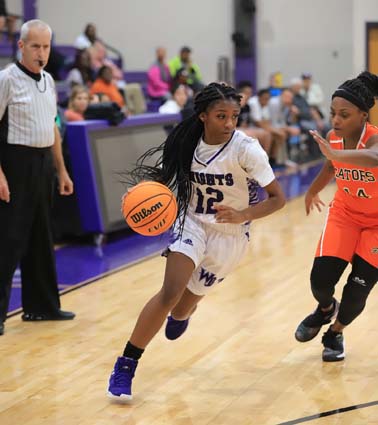 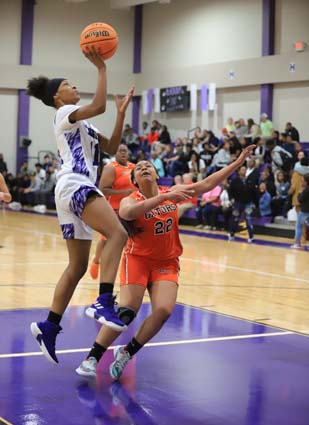 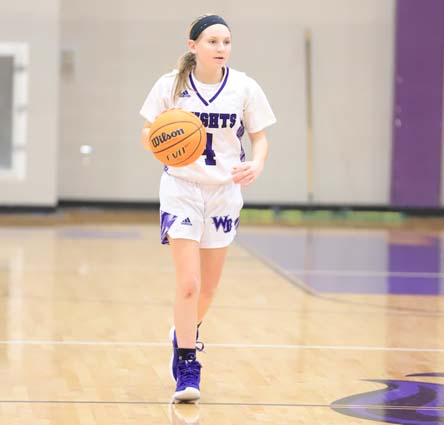 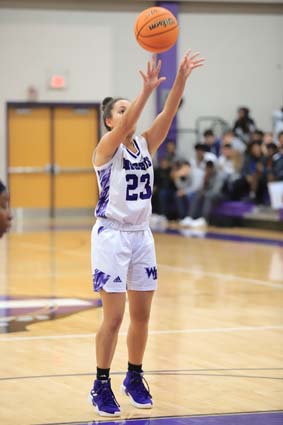 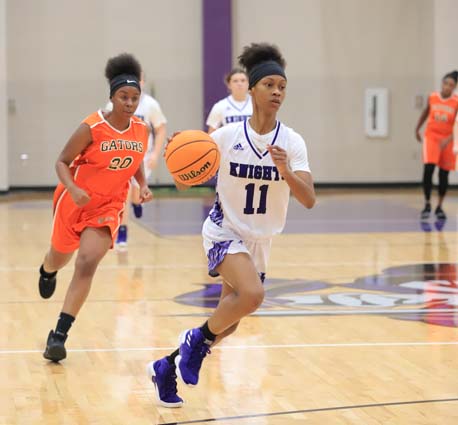 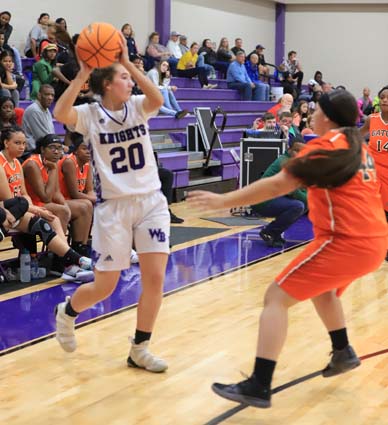 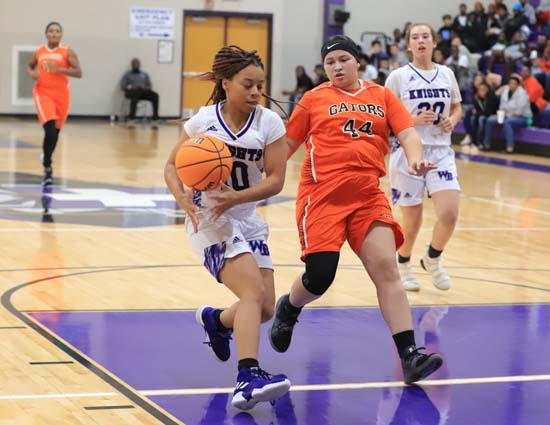 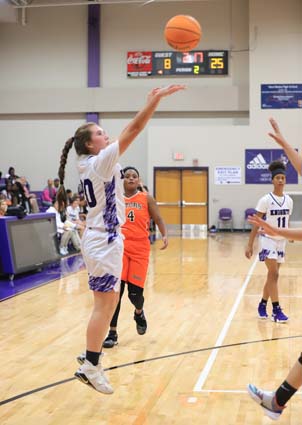 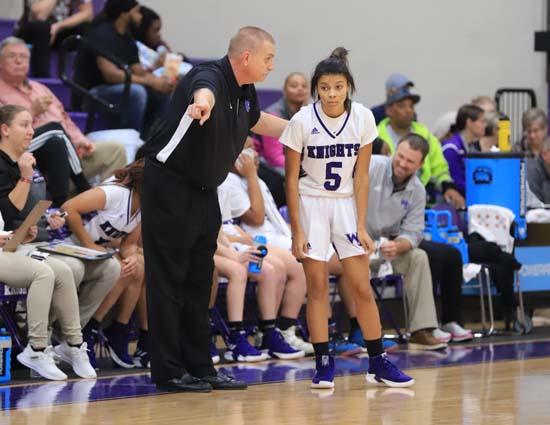 “Lexie played really well, and Kasee has been fighting a bug, but she gutted it out,” said Lady Knight Coach Brian McCleney. “Mikayla gave us a good game inside, and the 2 freshmen (Rylee Chadwick and Lainey Autry) have given us good minutes.”

George threw in 2 baskets and a free throw in the first quarter, and Corrothers, senior Seniah Johnson and Chadwick pumped in a basket each as West Bladen grabbed a 13-6 first quarter lead.

Singletary drained her 3-point shots in the second period, and Corrothers, Chadwick and Meadows added a basket each as the Lady Knight lead grew to 26-10 at halftime.

Meadows and Autry started the second half with lay-ups – Autry’s came off of a George assist. Singletary sank 2 free throws, and Corrothers banked in a runner and tacked on a free throw as the lead grew to 35-14.

“That was a pretty good defensive effort and defense has been our staple,” said McCleney. “We have a goal going into the game for how many points we are going to give up and we have been pretty good at meeting it.”

Junior Lazaydia Flowers scored 14 of her 18 points for East Columbus in the second half.

The Lady Knights remained unbeaten in TRC play with a 3-0 record and are 5-1 overall. West Bladen will host Clinton Friday night in a non-conference game.