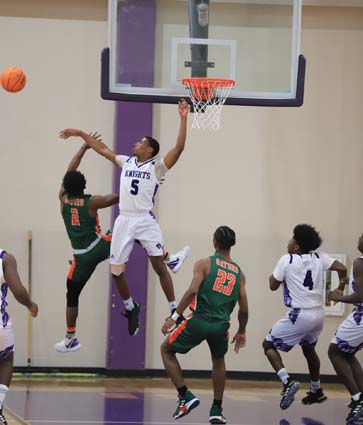 Boykin and senior Nolan Bryant nailed 3-point shots in the first quarter, and senior Tra’shawn Ballard popped in a baseline 12-footer to keep the Knights even 8-8 at the quarter break. Tall C. J. Freeman tallied 4 points for the Gators in the quarter. 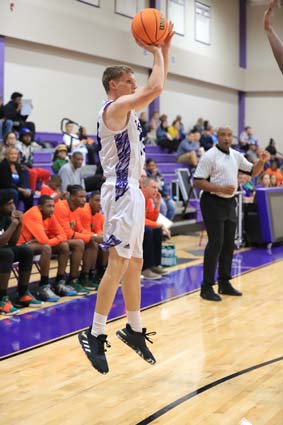 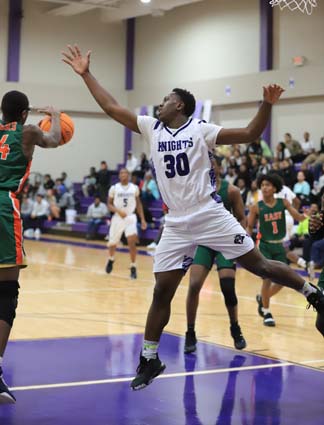 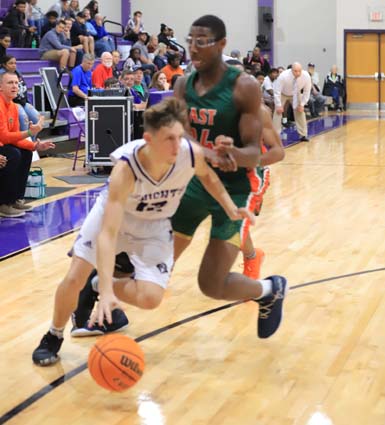 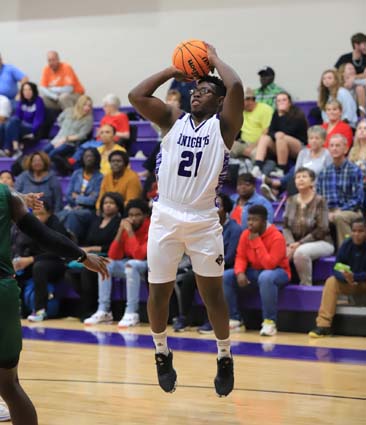 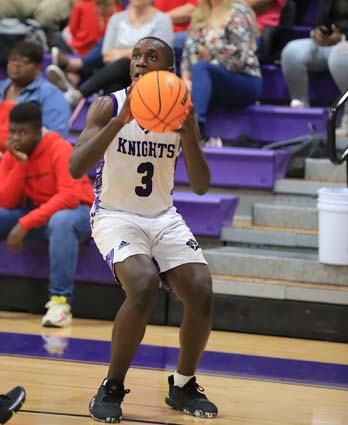 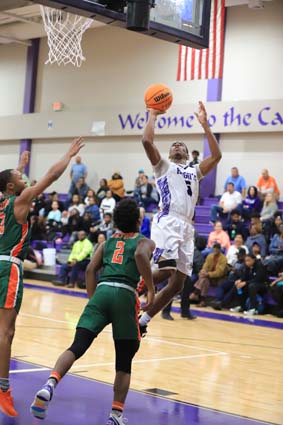 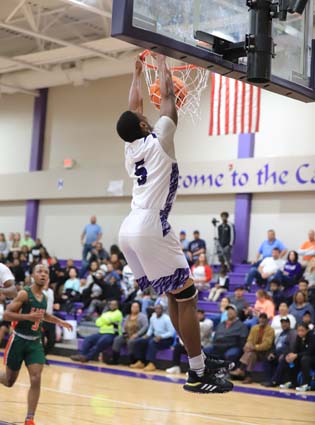 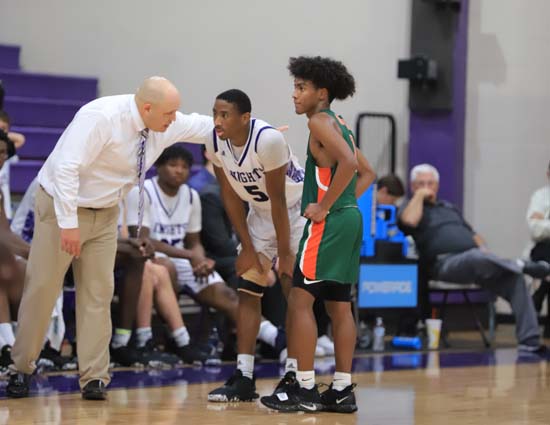 After East Columbus went up 12-8, Boykin buried a pair of 15-footers from the key and turned a steal into a lay-up. Ballard muscled in a follow, Xayvon Davis dropped in a basket off of an ‘Alley-Oop’ pass from junior Shy’Ron Adams. Adams stole the ball and pitched ahead to Boykin for a dunk and a 20-14 halftime lead.

Boykin rattled in a runner, converted a steal into a lay-up, hurled in a fade-away 6-footer and nailed a 3-pointer as the lead grew to 31-18. Adams threw in an 8-footer and canned 2 free throws. Freshman Gary Parker raced for a transition lay-up, and Davis added a free throw for a 36-22 Knight lead at the third quarter break.

Tahjrr Melvin and Jamar Williams keyed an 11-3 Gator run that sliced the lead to 39-33 with 3:22 remaining. Boykin buried 2 free throws, and senior Nijeah McKoy powered in a rebound basket then iced the game with a pair of lay-ups off of a pair Adams assists.

“We will take the wins anyway we can get them,” said Knight Coach Travis Pait. “Nijeah is huge in what we do, particularly on defense. Our defense was good tonight, but could have been better.”

“Gary Parker did a good job tonight and played hard,” continued Pait. “We have a bunch of people sick. I was proud of the effort tonight.”

Melvin led the Gators with 12 points, and Williams and Julius Rivera added 7 points each.

West Bladen improved to 1-2 in league play and 3-2 overall. The Knights will host Clinton Friday night in a non-conference game.