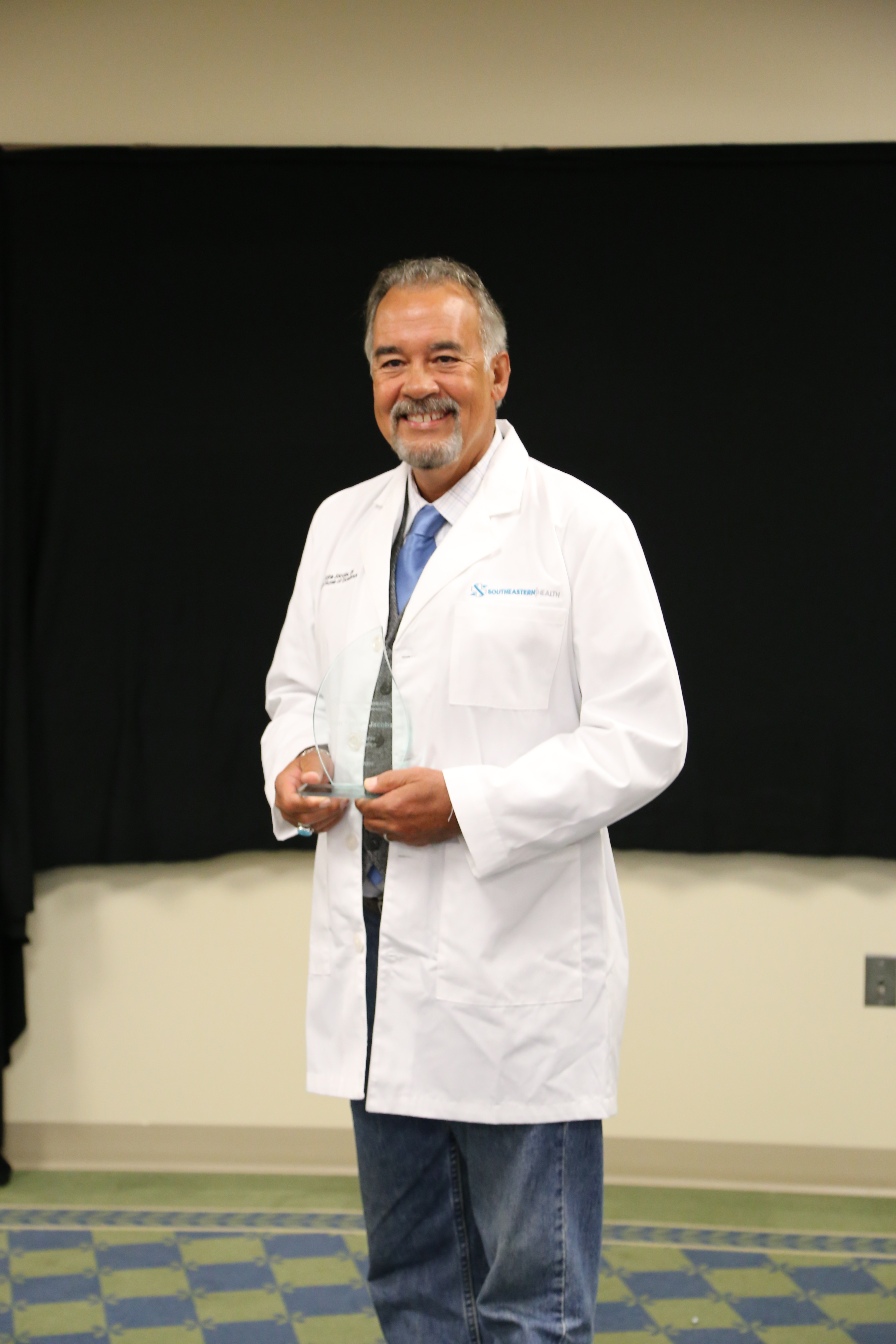 “I have seen him touch so many people with his caring and loving attitude, and his clinical skills are second to none,” wrote the anonymous coworker who nominated Jacobs for the award. “He is a friend, preceptor, skilled clinician and team player. Physicians trust his judgement and know that entrusting critically-ill patients to his care will result in positive results. … I am very blessed and proud to work with such a great nurse and know that the future of the Heat Center is in good hands.”

Jacobs and his wife, Gayle, live in Lumberton. They have four children and eight grandchildren. He has worked for SeHealth for 32 years and with Southeastern Health Heart and Vascular for 13 years.

“I am truly honored,” Jacobs said. “It is a blessing to be able to come to work as a nurse at this hospital and I think it’s a privilege to be able to do what I do.”

In addition to Jacobs, the other 2019 finalist nominees were: Alexandra “Sandy” Merrell, Shauna Ivey Mitchell and Toni Sampson. The winner was selected by a panel based on nomination applications submitted by peers as well as interviews. Past Baker winners are Deborah Peterson, 2018; Sharon Smith, 2017; Cynthia Kinlaw, 2016; Tammy McDuffie, 2015; and Elizabeth Moore, 2014.

The Baker Nurse of Excellence award, formerly known as the Nurse of the Year, was renamed in 2014 in honor of Dr. Horace Baker, Sr., founder of the Baker Sanatorium which later merged with Thompson Hospital to form what was known as the Baker-Thompson Memorial Hospital in Lumberton in 1946. These two older facilities were replaced by a new 140-bed hospital known as Robeson County Memorial Hospital in 1953 which later became Southeastern Regional Medical Center. The overall organization was renamed Southeastern Health in 2013 but the medical center retained the Southeastern Regional Medical Center name.

Published in Lifestyles and Regionals