When the light is right 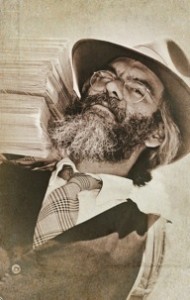 I have never walked through the doors of the old store. I doubt sincerely anyone has for decades, since the tangle of vines and fenced pasture have more authority than the tired “No Trespassing” signs.

Wind, rain or time, or possibly all three, have long since taken their due of the twin doors, as termites, carpenter bees and rust have eaten away at the screen doors, one of which is wedged open, standing sentry over its prone partner. While the screens haven’t deterred a fly for years, a rusty advertising sign still implores a customer to buy bread.

The window panes and frames are long gone, but their bars still stand in resolute protection against burglars, even though the thieves who made the bars necessary have long since stood for their final judgment, the kind that has no appeal. Most of the roof, surprisingly, appears intact, and when the light is right, a determined sunbeam can illuminate a long, wide, wooden counter.

I have written too often about my love of old country stores, both those that have adapted to a modern world and those whose owners long since surrendered to the ongoing war with the fast, convenient, plastic of modern commerce. Yet whenever I do find one of these rural emporiums, I rejoice like a worn-out prospector who has found another gold nugget after years of dry claims.

This particular store, folks have told me, had one of those tall, Martian-esque gas pumps until well after World War II, long after such machines were considered inefficient and unsafe. One can’t help but be curious how many gallons were pumped up into the glass globe, then poured down into the tanks of Model Ts, Chevrolets, Studebakers, or maybe even a Cord or Packard. I have no idea when the pump was taken away, or where it went; I’d love to think it has a place of honor in someone’s private collection, rather than having undergone the indignity of becoming a target for mischief-makers with .22 rifles.

Like most such stores, this one once had a tiny community around it, just a few houses with the necessary dependencies of country life – a barn or two, maybe a woodshed, privies (until rural electrification made running water possible for everyone) and the inevitable chicken coop, busy with egg-layers or unwilling guests for Sunday dinner. Those houses are all gone now, knocked down or forgotten or burned. When the weeds die for the winter, you can see two well-heads marking the locations of those homes, solitary grave markers in rusty iron, and one even still has the body of a pitcher pump, but no handle or cap.

The exact date of the birth of this particular store is somewhat nebulous, from what I’ve been able to find out. Maybe it replaced a wooden structure that used to be nearby – no, I’m told, that was someone else, another store. It was a fine building in its day, especially for the time, constructed of block and steel. There’s no question it was built during good times, likely just before the Great Depression, which my generation only knows through stories of our parents and grandparents, and the next generation barely even knows from history books.

I’m sure there were account books for this old place. Those I’ve seen show fifty cents worth of groceries carried over another month during hard times, or kerosene, cornmeal and some canned goods were traded for a day’s work. Nails were sold by the pound, syrup by the gallon, and lard by the bucket. Whenever you can locate one of those musty old ledgers, one can always tell, even without a date, when the tobacco market was having a good year, or the corn crop was bad. Those were times before GoFundMe and credit cards, when needs were true and many, but folks were embarrassed at having to ask for help. The economic and family history of the community was recorded on those pages, which were filled in as the ledger book reigned in its place of honor beside a large, rococo cash register that required a certain amount of upper body strength to ring up a cash sale.

I wonder what stories could be told by those walls; tales of first deer, first kisses, first visits to the city. Gossip, fiery debate and speeches about everything from crop prices to John Deere versus International tractors versus mules, politics, bootleggers and bankruptcy, tax increases and the scandalous way women were dressing, opinions about the new preacher or the old dog who only stirred from the porch to bite a salesman.

Did the hooded light over the door welcome emergency customers in the night, or simply serve to send scoundrels looking for another place from which to steal? Or was it just turned on when the storekeeper opened for business to catch the pre-dawn traffic of loggers, farmers, hunters, mill workers and those who worked in town and needed a drink, a pack of tobacco, a box of shells, a quart of oil or crackers, sardines and maybe a chocolate bar for lunch?

Was there the almost clichéd checkerboard using bottle caps? I strongly suspect there were far fewer of those in country stores than tradition claims, but I am not qualified to argue. Did the inevitable hodgepodge of chairs creak, and was it considered a high crime to take the seat of a regular? How cold were the drinks in the massive chest cooler with the chrome lid, now simply a rusted metal box beside the skeleton of the store? Who removed the wide wooden shelves that once divided the store, stacked with groceries and notions and tools and nails and feed and all the necessities of life? The shelves behind the counter, or what is left of them, are still there. It’s unlikely even the most ambitious architectural aficionado could rescue the blackened pine boards that held cards of needles, thread, fish hooks and bobbers, cooking spices, plugs of Black Maria, cans of sweet snuff and packs of Camels, square cans of aspirin and red bottles of Merthiolate.

But as much as I hate seeing them decay, they belong there. They’re a part of the store, just as the old gas pump and the rusted drink cooler and the falling down doors and the sagging gooseneck light over the front door.

The store’s just like many others along back roads, and most times you can see what they once were: the center of their communities, an oasis on a dirt road, where if they didn’t have it, you likely didn’t really need it, but you could find a drink and a square Nab and an uneven chair with a view to the world outside, at least when the light is right.