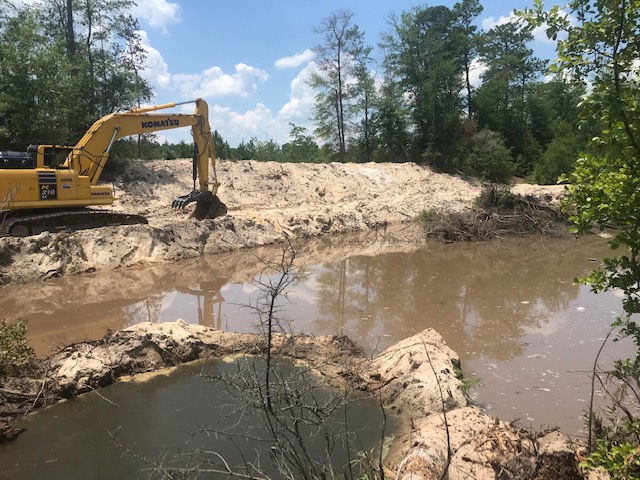 The patch repairs to the White Oak Dike in Kelly have been completed according to Chairman of Bladen County Board of Commissioners, Charles Ray Peterson. The dike was heavily damaged by Hurricane Florence when two large breaches and four smaller breaches occurred which led to the flooding of the town of Kelly.

The Kelly Dike Committee, the Bladen County Board of Commissioners and other elected officials have been working together to repair the issues caused at the dike by the storm. Peterson, explained the plans set forth in reference to the Kelly dike issues.

A contractor by the name of Southern Landscaping has repaired the breaches, according to Peterson. On Monday next week the contractor will start to build ramps to protect the dike/levies from traffic damage, according to Mr. Peterson.

The current repairs are funded by the Kelly Water Dike and Drainage District, which had approximately $35,000 to work with according to Mr. Peterson. The county commissioners agreed to open the county’s discretionary fund for a line item up to $35,000 to help with the dike repairs.

Commissioner Dr. Ophelia Munn-Goins asked if any of the discretionary funds were needed for the repairs. Commissioner Peterson said, “As of right now, none of the money has been used, but we will need some of those funds.” How much of the funds needed was not disclosed during the commissioners discussion at their meeting held on Tuesday evening.

The long term plan is to get the Department of Defense to take over the project after an engineer and design study is provided, Mr. Peterson explained. He added the repairs taking place now will only be temporary.

The state elected officials have agreed to fund $300,000 for an engineer and design study for the White Oak Dike. Of course, the state funding will only be available after the new budget is passed by Governor Roy Cooper.

The Governor needs to approve the budget so we can access the funds needed for the study, Mr. Peterson said.

“After we get the study done all we will lack for is the military application,” Peterson said, “Then, hopefully, we can get the assistance from the [United States] Department of Defense through the IRT (Innovative Readiness Training).”

Kelly is now more prepared for Hurricane Dorian because of the dike repairs. Centerville Baptist Church in Kelly reported holding a prayer service Sunday evening. There were nine churches represented with over 150 people in attendance according to their report. The church prayed for the victims of Hurricane Dorian and for the hurricane path. 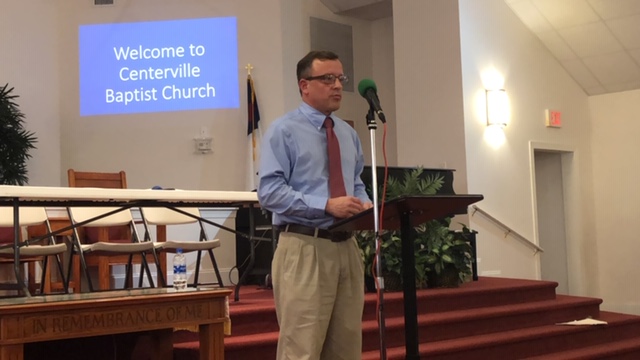 Watch the commissioners meeting video here. The report about the Kelly dike and the church are discussed within the first 6 minutes.