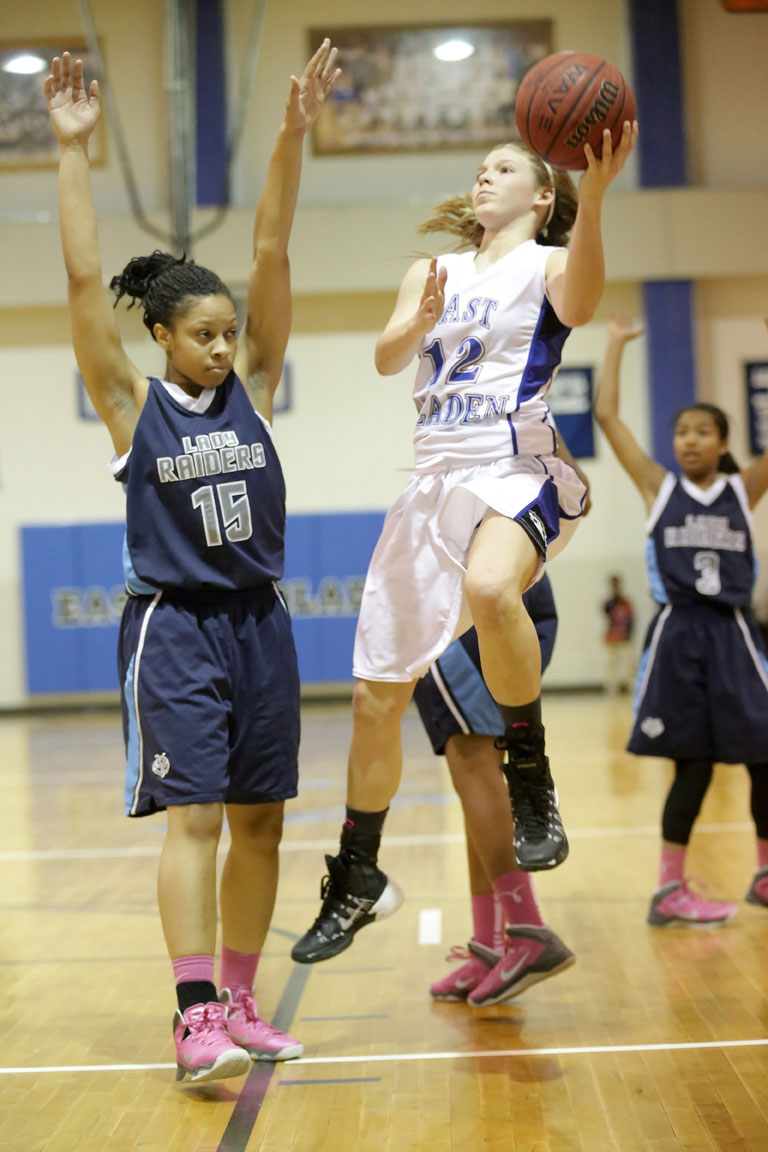 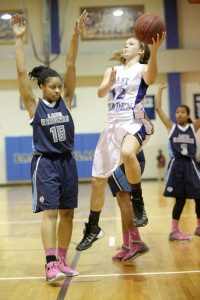 East Bladen’s Lacey Suggs was named this week to the NCPreps.com Class 2-A All-State Basketball Team.

Suggs has already been honored as the Four County Conference Player of the Year and as a North Carolina Basketball Coaches Association District 4 First Team selection. The 5-10 junior was earlier chosen to the Wilmington Star-News All-Area Girls Basketball First Team and to the All-Cape Fear Region Basketball First Team by the Fayetteville Observer.

Suggs fired in over 22 points per game to lead the Lady Eagles to a 26-1 record and the Sectional Finals where they were eliminated by eventual Class 2-A State Runner-up Kinston.

Suggs also contributed 6 rebounds, 6.5 steals and 3 assists per game, while shooting 54 percent from the field. “Lacey is so versatile and plays so hard,” said East Bladen Coach Patty Evers. “She is one of the best players that I have coached.”

This season Suggs matched her previous career-high in December with a 32-point outburst that propelled the Lady Eagles to a 53-26 win over Class 1-A power East Columbus. A new career high was set when Suggs poured in 40 points in a conference win over Union.

In the Lady Eagles’ second win over East Columbus, Suggs cracked the 1,000 point mark for her career and posted a double-double with 10 steals. She just missed a triple double with 17 points, 14 rebounds and 8 steals in a 51-12 win over Midway.