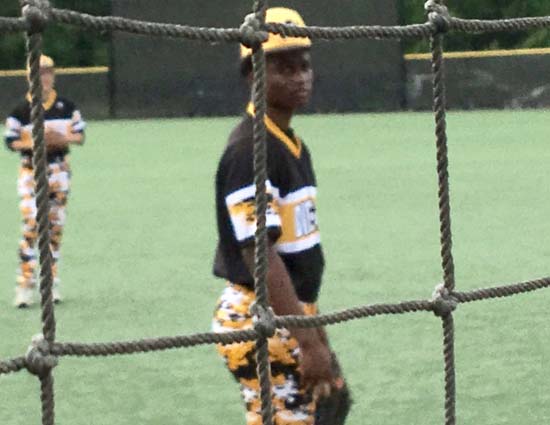 VERO BEACH, FL – Lefrederick Wooten (pictured in file photo), a rising junior at East Bladen High, was one of 250 baseball players (ages 13-18) selected from around the United States to attend the Hank Aaron Invitational in Historic Dodgertown this week.

Major League Baseball (MLB), the Major League Baseball Players Association (MLBPA), USA Baseball and the Atlanta Braves hosted the amateur development event that will serve as a youth-oriented, on-field diversity initiative with a goal to get high school-age players with diverse backgrounds to the next levels of the game.

The top 44 players from the Hank Aaron Invitational will be invited to play in a special showcase game at Sun Trust Park in Atlanta as the Braves honor Aaron during Hank Aaron Week that began today.

Freddy, as he is known in the community, is the son of Ursula and Laquan Wooten and has been playing baseball since he was able to throw a baseball with his big brother, Xavier. Lefrederick was nominated for the Hank Aaron Invitational by Raymond Johnson.