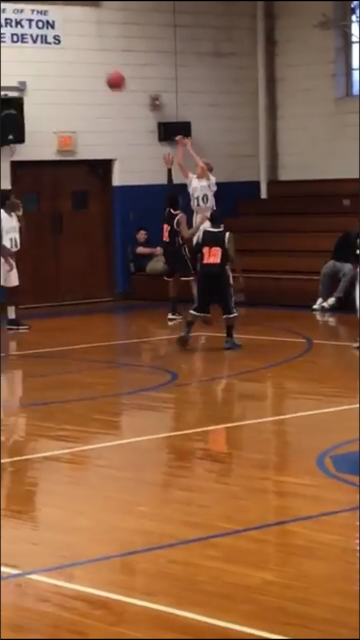 CLARKTON – Center Javant McDowell dropped in 16 points to lead Elizabethtown to a 46-30 victory over Clarkton School of Discovery that clinched the Bladen Five Middle School boys basketball regular season championship for the Cougars.
Elizabethtown edged in front 12-10 in the first quarter as guard JaQuez McKoy threw in a couple of baskets, and McDowell and forward RaSean McKoy worked the paint for a basket and a free throw each. Teammate Drew Sholar added a basket.
Guard Garrett Melvin nailed a 3-point shot, and Jake Garrison tossed in a basket and a free throw for Clarkton in the quarter. J. T. Junious and Cornelius McArthur helped keep the Blue Devils close with a basket each.
Three baskets by McDowell sparked a 12-5 Cougar burst in the second quarter that opened up a 24-15 lead. Teammate Malcolm Bolden drained a 3-point shot, and Zach Meares pumped in a basket and a free throw.
Forward Jacob Priest buried a 3-point shot and another basket in the second period for Clarkton.
Lefrederick Wooten delivered a pair of third quarter baskets as the Elizabethtown lead grew to 34-22. McDowell sank 3 free throws, Meares netted a basket, and Sholar tacked on a free throw.
Priest bombed in another 3-pointer for Clarkton in the third period, and McArthur and Malachi Oxendine added a basket each.
McDowell, Meares and RaSean McKoy connected for 2 baskets each for Elizabethtown in the final period.
Priest drilled in another 3-pointer in the final quarter, Melvin cashed in 3 free throws, and Junious popped in a basket for the Blue Devils.
Meares finished with 9 points for the Cougars, RaSean McKoy followed with 7 points, and Wooten and JaQuez McKoy totaled 4 points each. 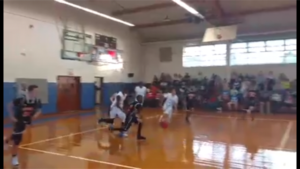