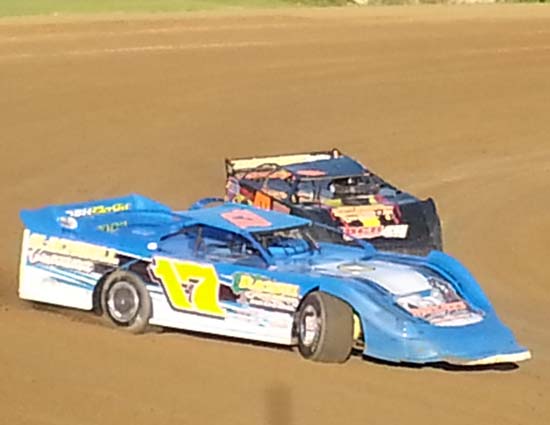 Are you ready to watch the NASCAR Cup drivers do it on the dirt?

I can’t remember the last time I was as intrigued about a race as the one set for Sunday afternoon at Bristol Motor Speedway.

The power slides coming out of turns 2 and 4.

Clumps of dirt and dust flying into the stands.

The bumps and divots created in the track as the laps build.

If you were among those who attended races at Dublin Motor Speedway in the 1980s and for a few years last decade you know how exciting dirt track racing can be. Realizing the top stock car drivers in the world will be racing on dirt at Bristol’s 1/2-mile “Bull Ring” is almost unimaginable.

Of course, most, if not all, of the Cup drivers honed their talents on dirt tracks across the country.

Former Cup drivers Ernie Irvan, Jack Pennington and Kyle Petty all raced on the 1/2-mile dirt oval at Dublin Motor Speedway in the early 1980s. Irvan was a regular at Dublin and Pennington had some classic battles against Jimmy Edwards Jr. back in the day. Dublin was the place to be on a Saturday night in those days.

Dublin reopened as a 4/10th-mile track and ran for three seasons beginning in 2015 with regional dirt legends Willie Milliken, G.R. Smith and Chris Ferguson sliding through the turns from time to time. Bladenboro commissioner Sarah Jane Benson was a regular in the Street Division.

A night of dirt track racing at Dublin Motor Speedway was about as good as it got around these parts if you block out those long delays when the water truck lumbered around the track to get the dirt just right.

Sunday, it’s Martin Truex Jr., Kevin Harvick, Chase Elliott, the Busch brothers and the rest of the Cup drivers taking to the dirt.

Will there be a seventh different winner in the Cup series this season? How will the track hold up? How will the crew chiefs adjust? Will it be exciting or boring? We’ll find out.

Kudos to NASCAR for thinking outside of the box for a sport that’s seen interest wane in recent seasons.