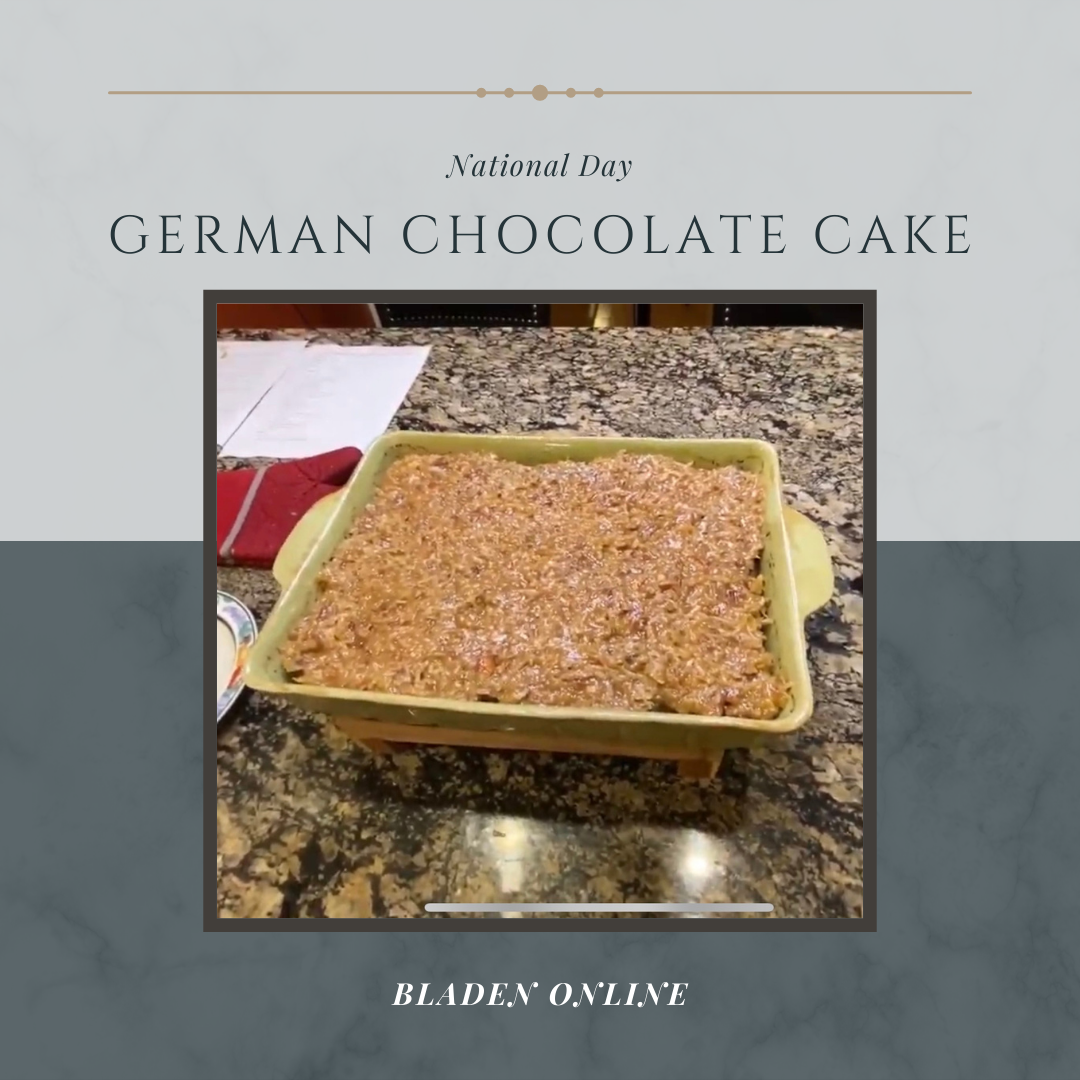 Today is the National German Chocolate Cake Day! This cake is one of the most appreciated for its delicious combination of a regular chocolate cake topped with a coconut-pecan frosting.

Many people have confused the origin of the cake because of its name. However, the German Chocolate Cake is originally from the United States. Around 1852, Sam German formulated the dark chocolate cake recipe that would become a sensation years later. Sam created the cake for the American Baker’s Chocolate Company who, in his honor, changed the company name to Baker’s German Sweet Chocolate’s.

Later, in Texas, Mrs. George Clay reformulated a recipe for the chocolate cake. Baker’s German Sweet Chocolate’s brand variety of candy was essential in the development of the cake. For this reason, Mrs. Clay named her cake “German chocolate cake.” Also, the Dallas Morning News released the recipe for this cake, a fact that contributed to its fame.

The company distributed the recipe throughout the country. As a result, the name German Chocolate Cake persisted in history.

The German Chocolate Cake is a particular dark chocolate cake famous for its coconut-pecan coating. It is a simple cake to make, it only requires dedication, and the result is worth it.

Commemorating this holiday, the Bladen Online team prepared German Chocolate Cake for the Weekly recipe video. The Bladen Online team invites everyone to celebrate this date by following the recipe above and sharing a piece of this delicious cake with family and friends.