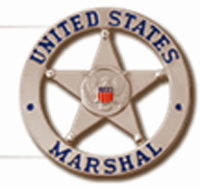 The operation was designed to locate suspects in Cumberland and Robeson counties who were wanted on outstanding warrants by conducting searches of high-risk individuals under the supervision of the North Carolina Department of Public Safety. More than a dozen law enforcement agencies participated in the operation.

“Operations such as these take substantial planning and would not be possible without the collaborative efforts of everyone involved. Additional operations are forthcoming and we are coming to your town in the very near future,” Michael East, United States Marshal for the Eastern District of North Carolina, said.

There were 75 people arrested in Robeson County between June 11 and June 13 and 99 people were arrested in Cumberland County from June 25 through June 27. The U.S. Marshals service reported that 442 charges were cleared in the two counties and 42 firearms were recovered. Additionally, $66,922 in cash was seized along with quantities of a variety of narcotics, including marijuana, cocaine and methamphetamine.

Searches were attempted at the residences of 337 high-risk probationers or parolees, with 134 searches successfully completed, the agency reported. The operation is expected to continue as law enforcement follows up on information developed during the operation. The Marshals Service expects andadditional arrests.

“The United States Attorney’s Office is committed to the continued partnershipwith all local, state, and federal law enforcement and District Attorney’s Offices to make Eastern North Carolina a safer place,” Robert J. Higdon, Jr., United States Attorney for the Eastern District of North Carolina, said. “This type of effort is an essential part of our drive to reduce violent crime, remove the worst offenders from our communities, and take back North Carolina from violent criminals and drug traffickers.”

• Javaras Hammonds, 20, of Lumberton, who was charged with first degree murder and robbery with a dangerous weapon in relation to an incident thatoccurred in Lumberton on June 5.

• Michael Alvarez, 31, of Fuquay Varina, who escaped from a Department of Public Safety facility in Lumberton on June 12. Alvarez was captured within hours of the escape and a female who assisted in the escape was also arrested and charged.

• Anthony Coar, 74, of Fayetteville, who was charged with violating the terms of his federal supervised release. Coar was found to be in possession of inappropriate images as well as devices to access internet content.

• Marcus Bryan, 21, of Fayetteville, who was charged with attempted first degree murder, assault with a deadly weapon with intent to kill inflicting serious injury, and conspiracy to commit robbery with a dangerous weapon in relation to an incident that occurred in Fayetteville on June 7.