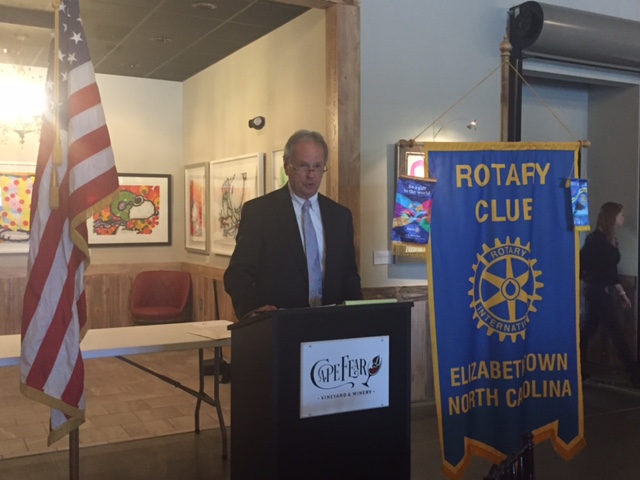 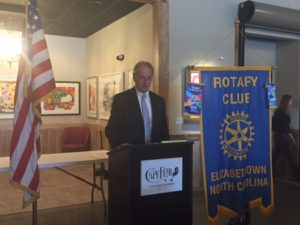 White Lake is one of Bladen County’s many assets with its crystal clear waters and plenty of activities for everyone. The Elizabethtown Rotary Club learned about White Lake during their luncheon meeting at Cape Fear Vineyard and Winery.

He also said there have been some issues reported in the news that have also been a cause of concern for town staff. Mayor Womble said recently a Facebook post was shared by numerous people that erroneously reported someone with a rash that was supposedly contracted while swimming at White Lake. He said town staff contacted the Bladen County Department of Health and Human Services and Cumberland County officials and those agencies had not received any reports of such an infection.  Mayor Womble said town staff have been in contact with the individual who shared the post and requested it be removed.

Mayor Womble said state officials have tested the lake over the years and the lake is deemed to be healthy. He said there have been some concerns about the coloration of the lake but state officials say the ecology of the lake is normal. Mayor Womble said a weather event ocurred several years ago and since that event the pH level of the lake has been higher than it was prior to the storm. It is thought the difference in the lake’s  pH level may be the culprit in the coloration issue.

Mayor Womble cautioned those present to be careful with what they share on social media and to check their facts before sharing a post.