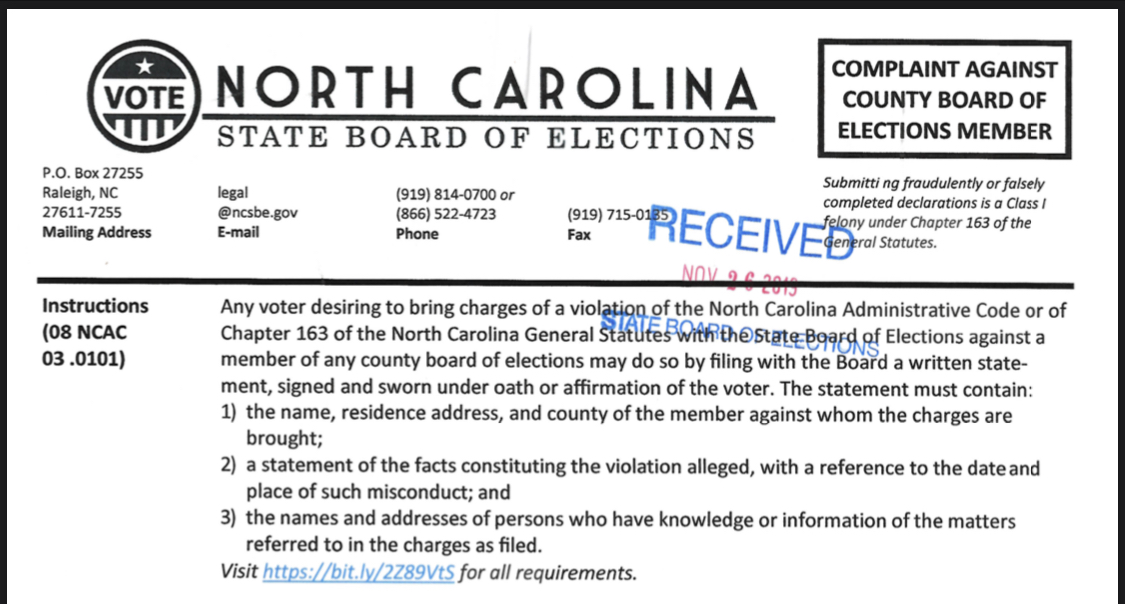 Round 2: Bladen County Board of Elections members face another official complaint

The complaints Ms. Pait filed in November referenced North Carolina State Statue Article 4A; 163-39 and reads, “No individual subject to this Article shall: (1) Make written or oral statements intended for general distribution or dissemination to the public at large supporting or opposing the nomination or election of one or more clearly identified candidates for public office. NC General Statutes – Chapter 163 27”

“Nope, I don’t want you to be anything but the Trump loving moral equivocator that you are.

You certainly get upset when I point out that Trump is a racist, sexing, lying, deviant. As ideal Christian you think yourself to be, I don’t know why the truth offends and upsets you so much.

I have not decided who I will support in 2020, but it will not be a racist, sexist, lying, adulterous, sexually deviant moron like Trump.

As to the candidates that you disparage in your last pathetic deflection (at least your 20th in this one thread), every one of them has more class and intelligence and decency than the odious Trump you adore so much.

But I guess you would rather have someone more like yourself than a decent person in the White House.”

“But it is okay for a sexual deviant to be POTUS. As long as he is a white male whose deviancy is limited to girls and women.”

“The President of the United States, Donald J. Trump, is, in fact, the declared and presumptive nominee for President in the 2020 Presidential election. Trump WILL be on the ballot in Bladen County. Bladen County elections are within the jurisdiction of the Bladen County Board of Elections, consistent with Statute 163-38. Applicability of Article.”

The complaint against Bladen County Board of Elections Chairperson, Louella P. Thompson states, “It is noted that Bladen County Chairperson Louella P. Thompson has posted several Facebook posts that demonstrate opposition to the declared Republican nominee for the Office of President of the United States, which-in this case-is Donald J. Trump, who is also the sitting President of the United States.” The screen shots of what appears to be Chairperson Thompson’s Facebook page referenced posts are below. 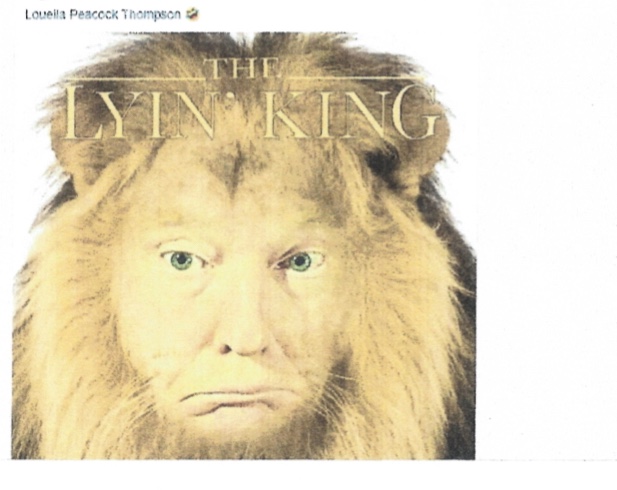 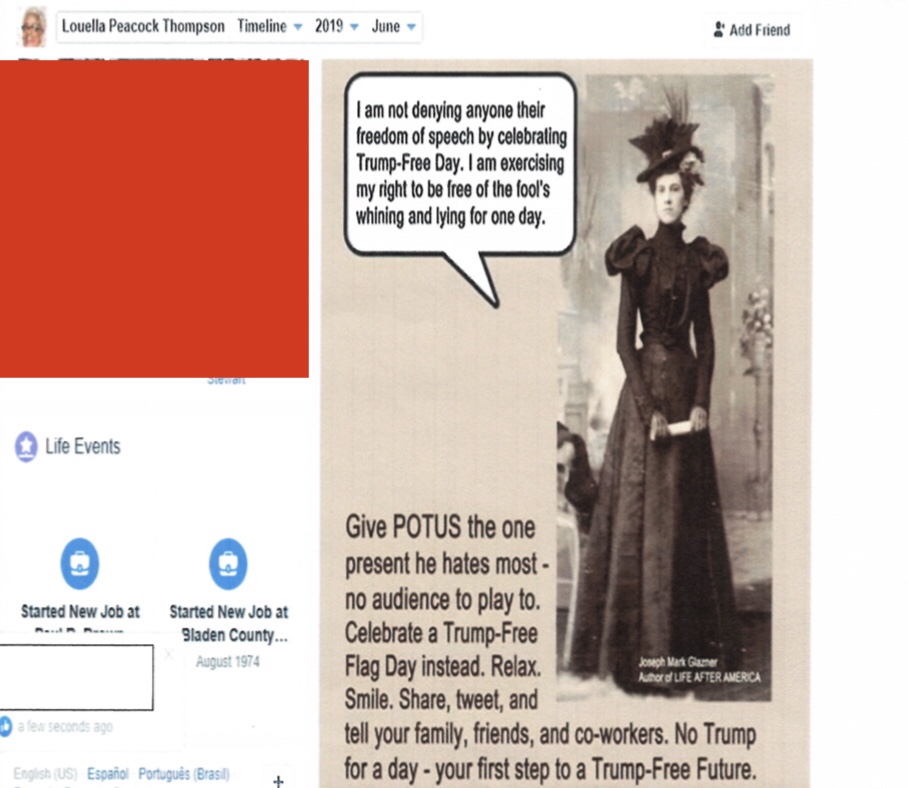 Mr. Patrick Gannon with the North Carolina State Board of Elections said, “The State Board will hold a meeting for preliminary consideration of the complaints to determine whether there is enough evidence that should be heard in a full hearing.”

He explained, if a majority of the State board feels there is enough evidence for a full hearing one could possibly be held this month, but no date or time has been set at this time.

This is the second time the two election board members have received complaints filed against them. The Bladen County Republican Party Chairperson, Wayne Schaeffer, filed the first complaint back in October of this year accusing the two of unlawful partisan activity. However, the October complaints on both were dismissed because the complaints failed to meet requirements, according to the state election officials.