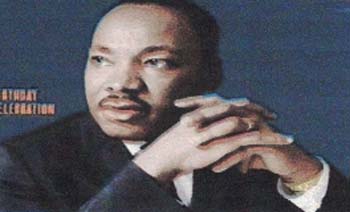 Schools and government offices throughout Bladen County will be closed Monday in honor of Dr. Martin Luther King Jr. Day.

The 34th annual MLK Parade is scheduled Monday through downtown Elizabethtown. The parade, which honors the birthday of Dr. King, is set for 11 a.m. with the theme celebrating the 60th anniversary of his “I Have A Dream Speech.” Line-up for the parade will begin at 9 a.m. at 805 West Broad Street.

All federal and state offices, including the Department of Motor Vehicles and courtrooms, also will be closed Monday for the holiday.

All offices and schools will reopen Tuesday.

Other closings Monday include:

• U.S. Postal Service. No mail will be delivered to homes. However, mailboxes inside post offices will be accessible.

All Bladen County Solid Waste convenience sites will operate on usual 7 a.m. until 7 p.m. Monday, but the transfer station will be closed in observance of the holiday.

Some private businesses and companies may be closed while others may be open. It’s a decision for each business or company.

President Ronald Reagan signed a bill in 1983 marking the third Monday of January as Martin Luther King Jr. Day. The first holiday was observed in January 1986. It was not observed in all states until 2000.