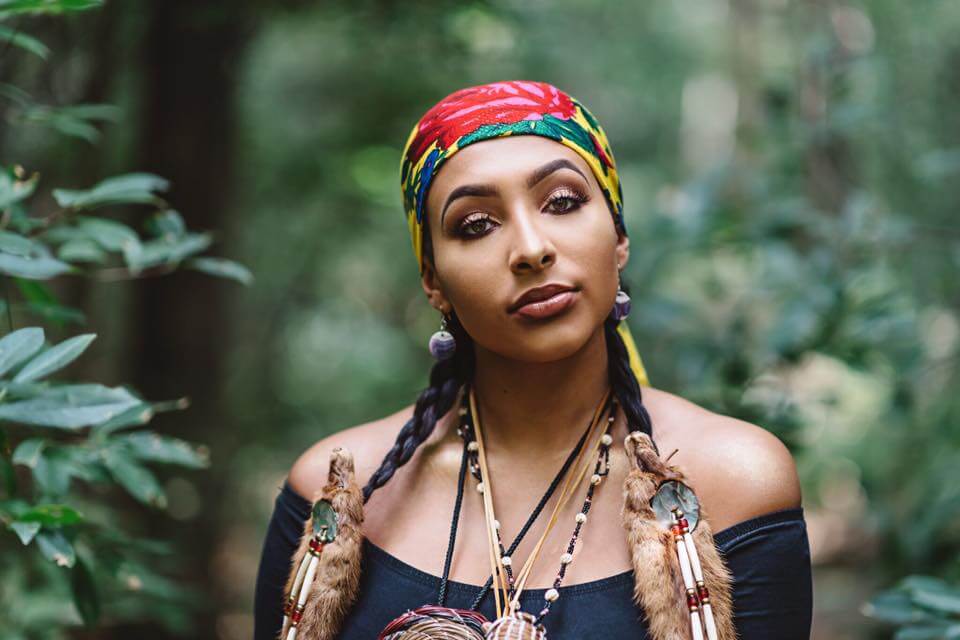 The Carolina Civic Center Historic Theater, located in downtown Lumberton, NC, is presenting a series of on-line concerts while its live performances are being rescheduled to the 2020-21 season due to COVID-19 social gathering restrictions. This series features intimate performances by regional artists who have a connection to the theater or have previously appeared on the theater’s stage. The series is directed by the theater’s Resident Artist and Production Manager, Kendrix Singletary, who has worked closely with each artist to create a very personal experience for performers and viewers.

This performance will be posted on the theater’s Facebook page at “Carolina Civic Center Historic Theater” ‪at 7 pm on May 30 and subsequently will be available for viewing on our web site at www.carolinaciviccenter.com.

An enrolled tribal member of The Lumbee Tribe of North Carolina, Alexis Raeana defies the odds. From the swamps of rural Robeson County, Alexis has always called Pembroke “home”. Alexis held the title of Miss Lumbee in 2015, since then she has graduated from the University of North Carolina At Wilmington with a bachelor’s degree in Environmental Science and a concentration in Conservation and Geospatial information systems. She also appeared on last season’s American idol where she got the golden ticket to Hollywood. Alexis currently runs her own business Alexis Raeana LLC, which provides elite entertainment, makeup artistry, modeling, public speaking, and several other services. Alexis is the North Carolina Eastern Youth organizer for the alliance for climate education. She recently debuted her new single “Keep My Memory” featuring Charly Lowry available now on all music streaming platforms.