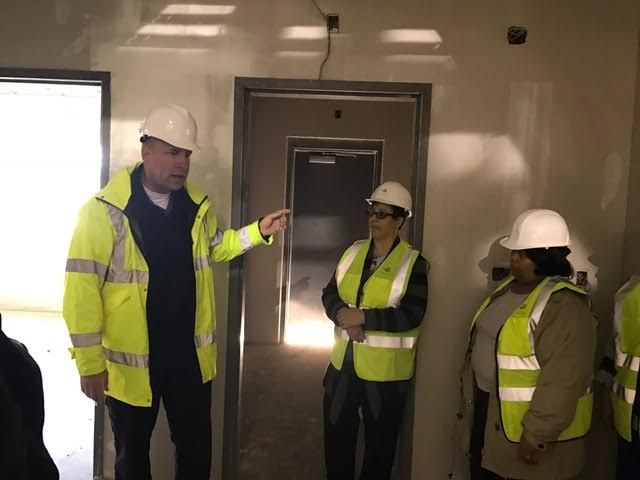 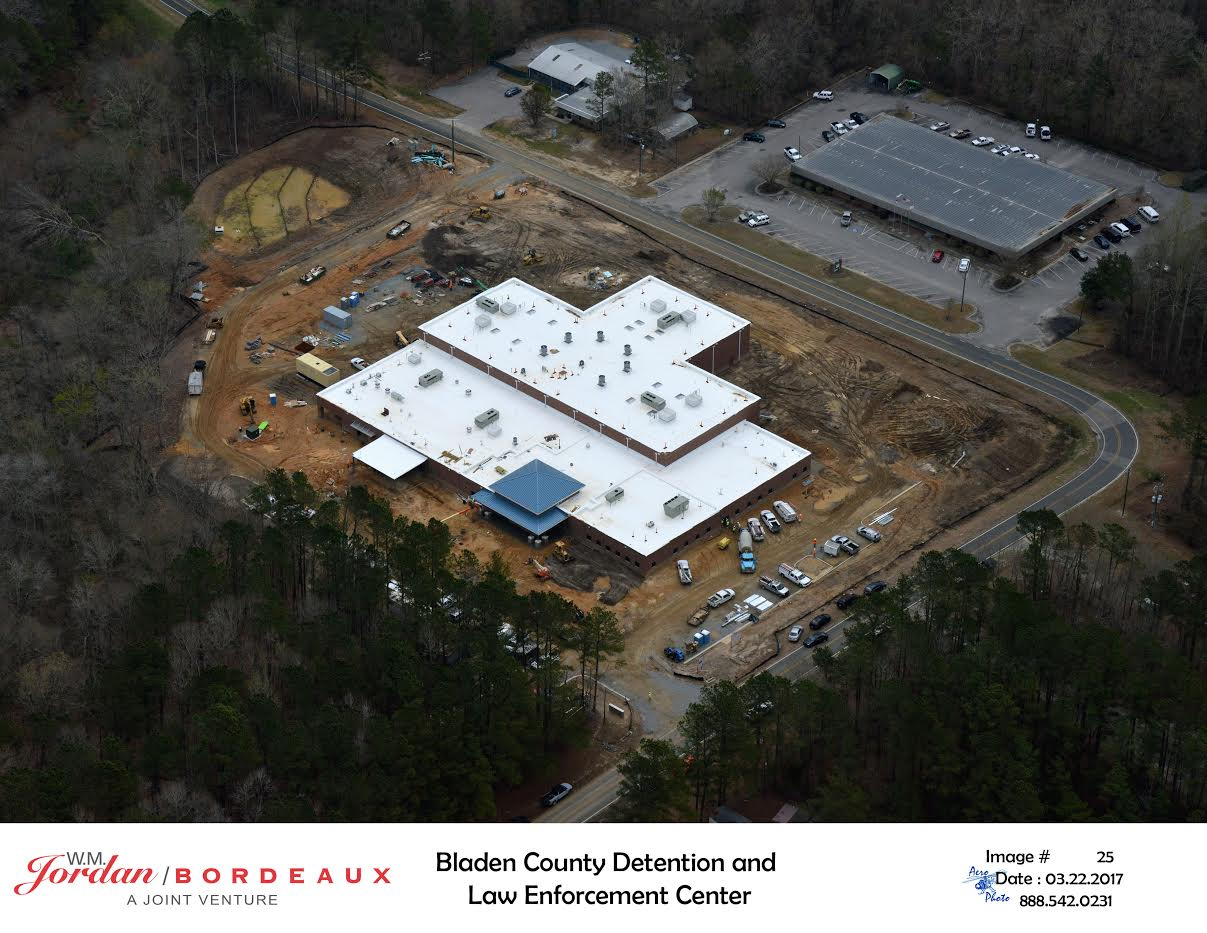 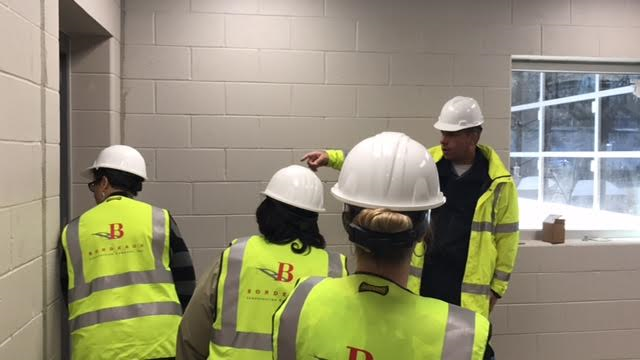 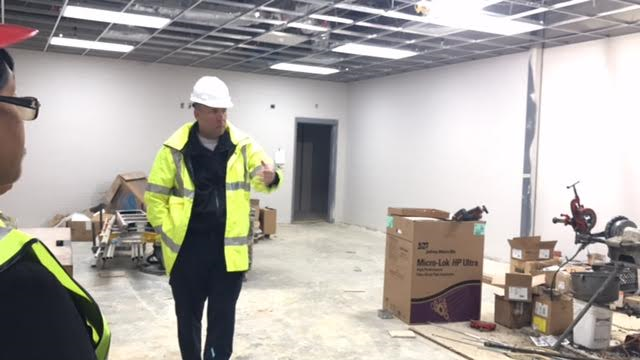 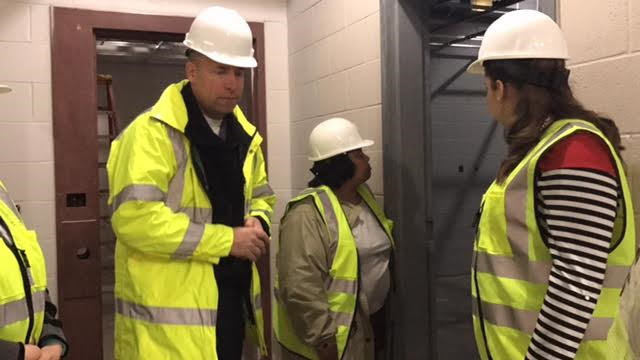 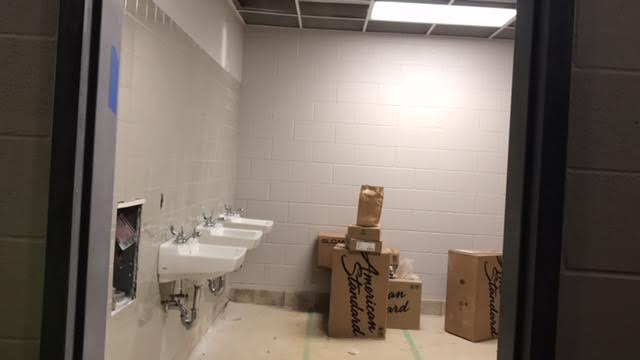 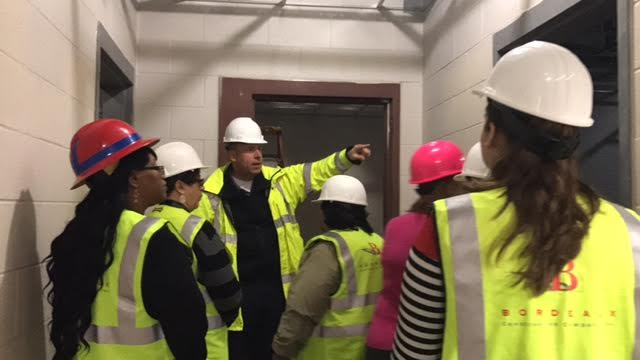 It is always nice to see a project come together. The staff members from the Bladen County Clerk of Courts and Work Force Development offices toured the new Bladen County Detention and Law Enforcement Center last week.

Captain Jeff Singletary gave the tour. The tour started in the front of the new center.

“In the entry way there will be a wall of honor, honoring all the officers who have fallen in the line of duty,” Singletary said.

A new way of doing things was explained as soon as the group stepped in the new building. Employees will no longer take property or money for the inmates from visitors.

“There will be kiosks to take items for the inmates now. There will be no one on one interaction,” Singletary explained.

During the day there will be a receptionist assisting with walk in traffic like there is currently at the jail. Starting in the evenings there will be an actual officer so he can serve warrants and help with incoming traffic according to Singletary.

The new building will house the 911 call center. The new call center office space is designed for four full time positions and two over flow positions to be housed in the same area. Also, there is a supervisor’s office, a breakroom and a bathroom in the new 911 center.

Showers, lockers and a work out room will be an added bonus for law officers according to Singletary.

“We have had a lot of focus on evidence,” Singletary said. He explained the evidence room is larger and more secure in the new location.

There will be three attorney visitation rooms and an office for attorneys. The attorneys will be charged a monthly fee to use the office to help off set the costs according to Singletary.

The medical costs and food costs are the top expenses for the detention center. The officials have created new ways to cut some of the costs associated with the food expenses Singletary said.

The new kitchen and laundry areas are built for up to 500 inmates. The new center will allow the county to provide housing for inmates in other counties, which will also assist in funding. The average income the county would receive for housing an inmate from another area is $50 per day according to Singletary.

The new jail will have new technology. There will now be a room for video arrangements. Also the dentition center will have a new technical system in place. Each jailer will go to Pitt County for a month’s worth of training on the new system before they begin their work at the new location in Elizabethtown according to Singletary.

The groundbreaking for the new dentition and law enforcement center took place April 19th, 2016. On the big day, Ben Brisson, Field Superintendent with Bordeaux Construction said the project was estimated to take about 16 months. Blair Bordeaux, president of the construction company, said the jail will have 105 cells and will contain 220 beds.

According to Singletary, part of the building is scheduled to be used in May and all departments are scheduled to move in the new facility in August of this year.