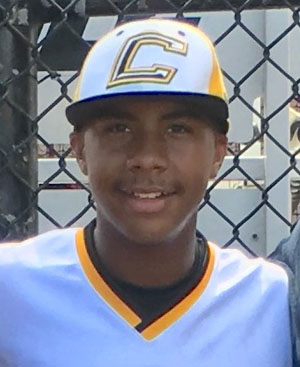 Mathis knocked in a run with a single to rightfield in the Canes 6-run first inning that paved the way to a 12-4 semi-final victory over the Mid Atlantic Pirates from Virginia.

That win sent the Canes who were the third-seeded team in the tournament into the championship game against top-seeded Tri-State Arsenal from New Jersey. Mathis ripped a single over the third base bag to drive in the first two Cane runs in the second inning.

The Canes built leads of 4-0 and 5-2 before claiming the 7-3 victory. After pitching the Canes to Friday’s quarterfinal victory, Mathis played third base in both the semi-final and championship games.