The FY20 budget provides $393,000 of Investigations funding to complete a disposition study for the Cape Fear River Locks & Dams. The president’s budget proposal includes about $52.5 million for Operation & Maintenance (O&M) of the District’s projects including maintenance dredging of multiple deep and shallow draft navigation harbors and channels including Wilmington Harbor at $16.6 million, Morehead City Harbor at $7.5 million, and the Atlantic Intracoastal Waterway (AIWW) at $2.2 million. The District’s five reservoirs and dams are included in the budget with John H. Kerr Dam and Reservoir in NC and VA (Buggs Island) receiving $11.6 million. The other four District lake projects received a combined $12.5 million to continue to provide flood risk management, recreation and other authorized purposes and services to the public. The FY20 budget proposals for all District projects are shown on the enclosed table.

“The FY20 budget proposal is allows the Wilmington District to execute essential O&M activities on our Civil Works projects. It reflects a slight decrease over last year’s proposal, mostly due to critical nonroutine work completed at a few of our lake projects in FY19,” said Wilmington District Commander Colonel Robert J. Clark. “We look forward to maximizing our funding in FY20 and providing water resource solutions under our Navigation and Flood Risk Management programs for our stakeholders.”

Like each year’s presidential budget, the proposed FY20 budget begins a process that includes action by both the House of Representatives and the Senate, and results in an appropriations bill to be enacted into law before final funding amounts are known. 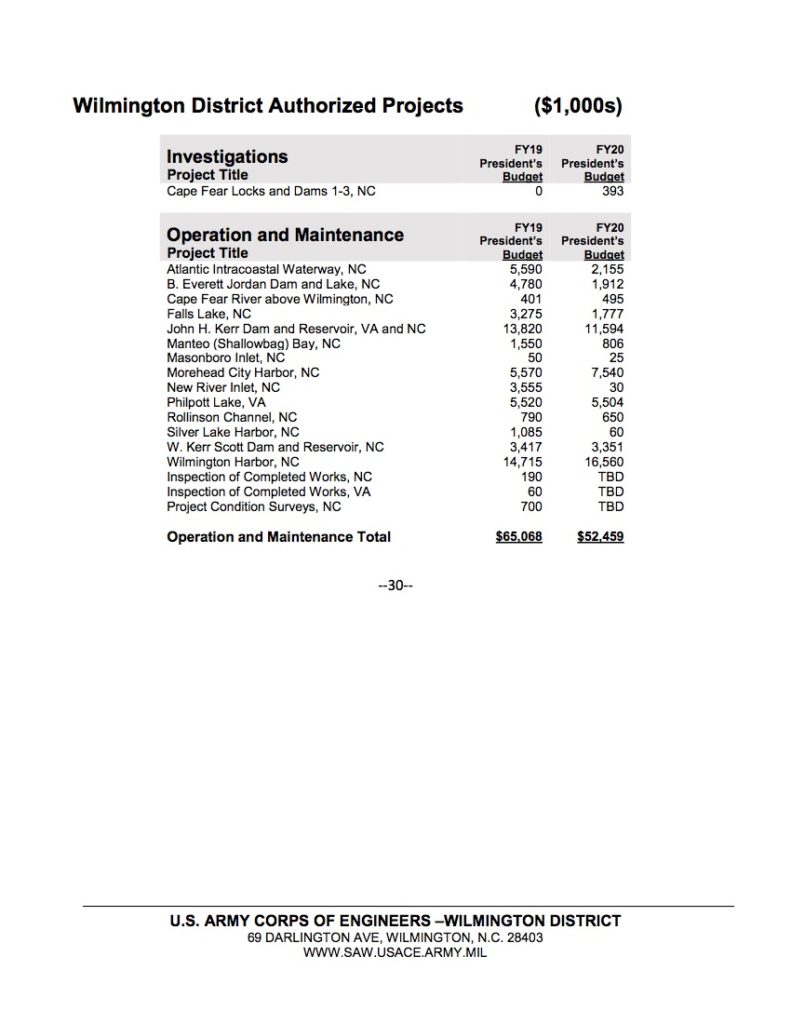