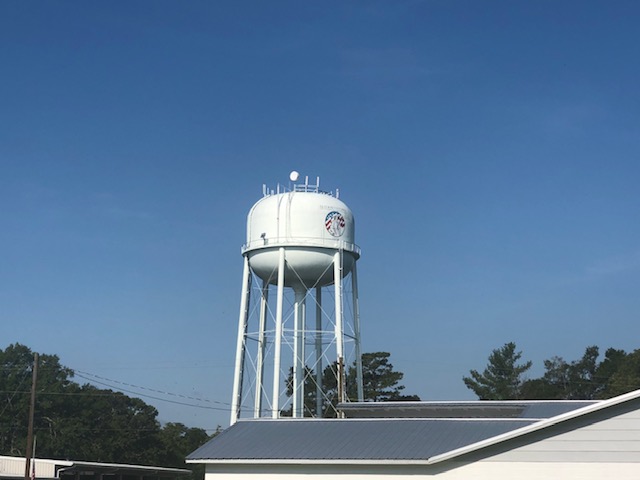 The big mobile phone service provider, Verizon Wireless has been the talk of discussion for many Bladen County citizens and elected officials over the past several months. In July 2019, District 46 House Representative Brenden Jones announced he had a meeting with a Verizon Wireless executive in Raleigh to discuss service issues with the provider

Verizon Wireless is the largest wireless telecommunications provider in the United States, according to reports. There have been questions raised about a Verizon tower off of Highway 701 in Elizabethtown. However, the land owners say Verizon has not commented on what the tower is used for on their property.

T-Mobile already has a cell tower on top of the water tower in Elizabethtown. Madden explained he expects the construction of the new cell tower to be erected after the first of the year.

View cell towers near you at: https://www.cellmapper.net