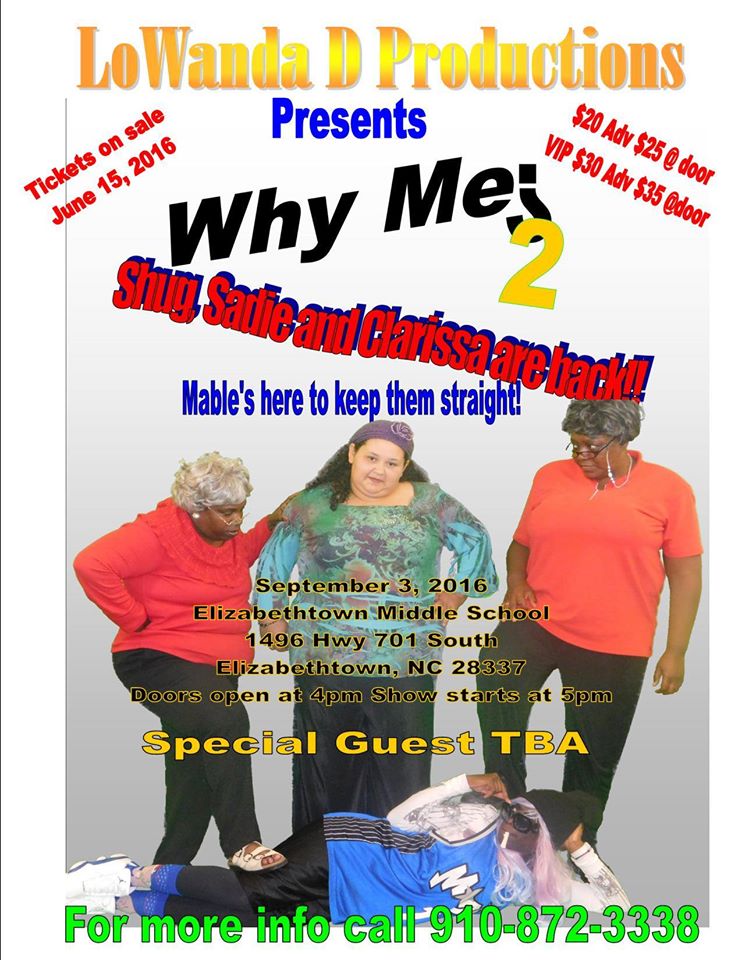 Why Me 2 Coming to Bladen County in September

It’s time to laugh again. LoWanda D Productions announced this week “Why Me? 2” will be held at Elizabethtown Middle School on September 2nd 2016. The Special Guest this year is will be announced later. Owner of the production company, LoWanda D. Davis said, “Plan to join us for a night of laughter.”

This is the fourth play the production company has brought to Bladen County. In February 2015, “He Cheated, Why Me” was held at the middle school with special guest, Palmer Williams Jr. from Tyler Perry’s “House of Payne”. Read our article,  “He Cheated! Why Me?” a Huge Success from last year to learn more about the play.