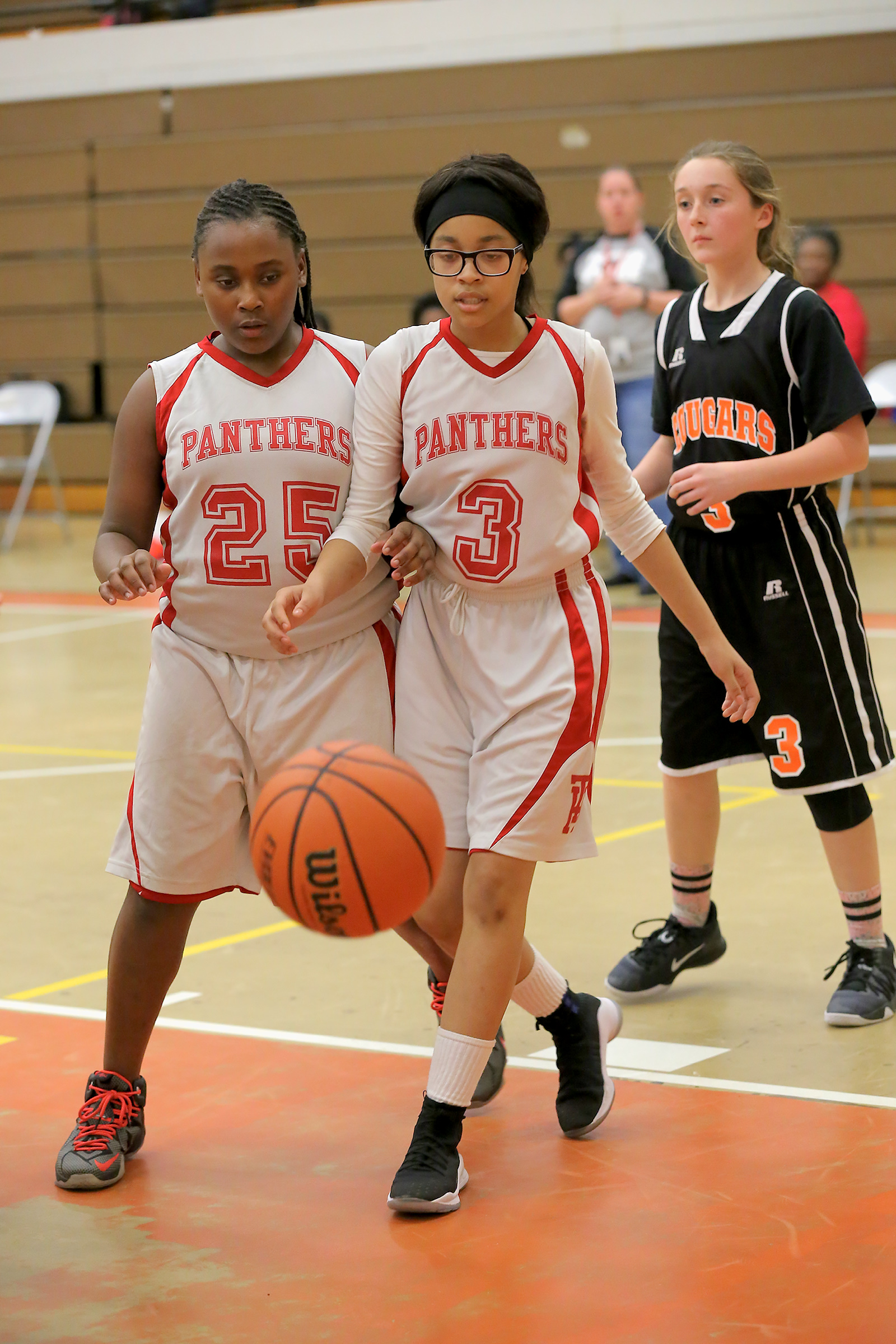 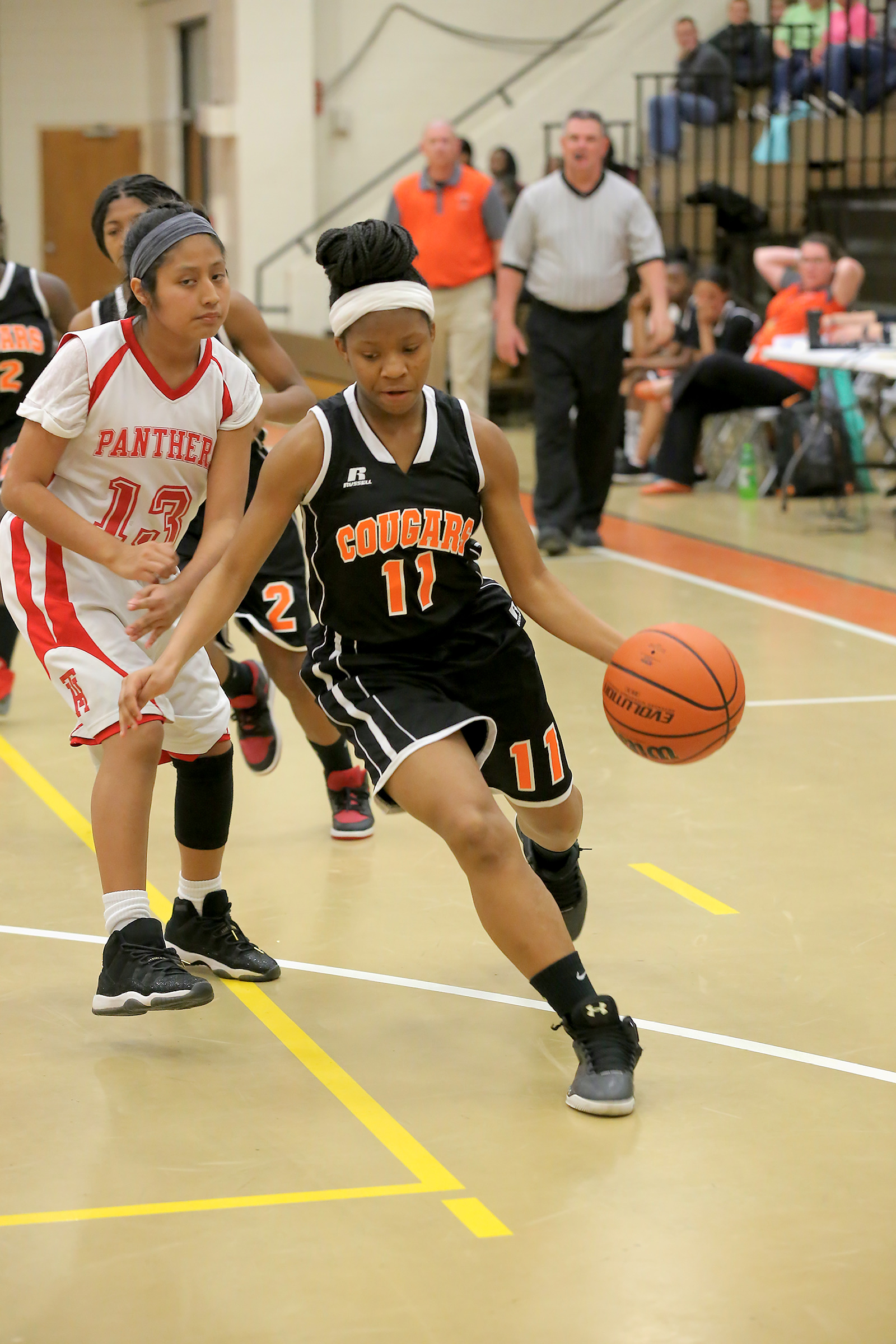 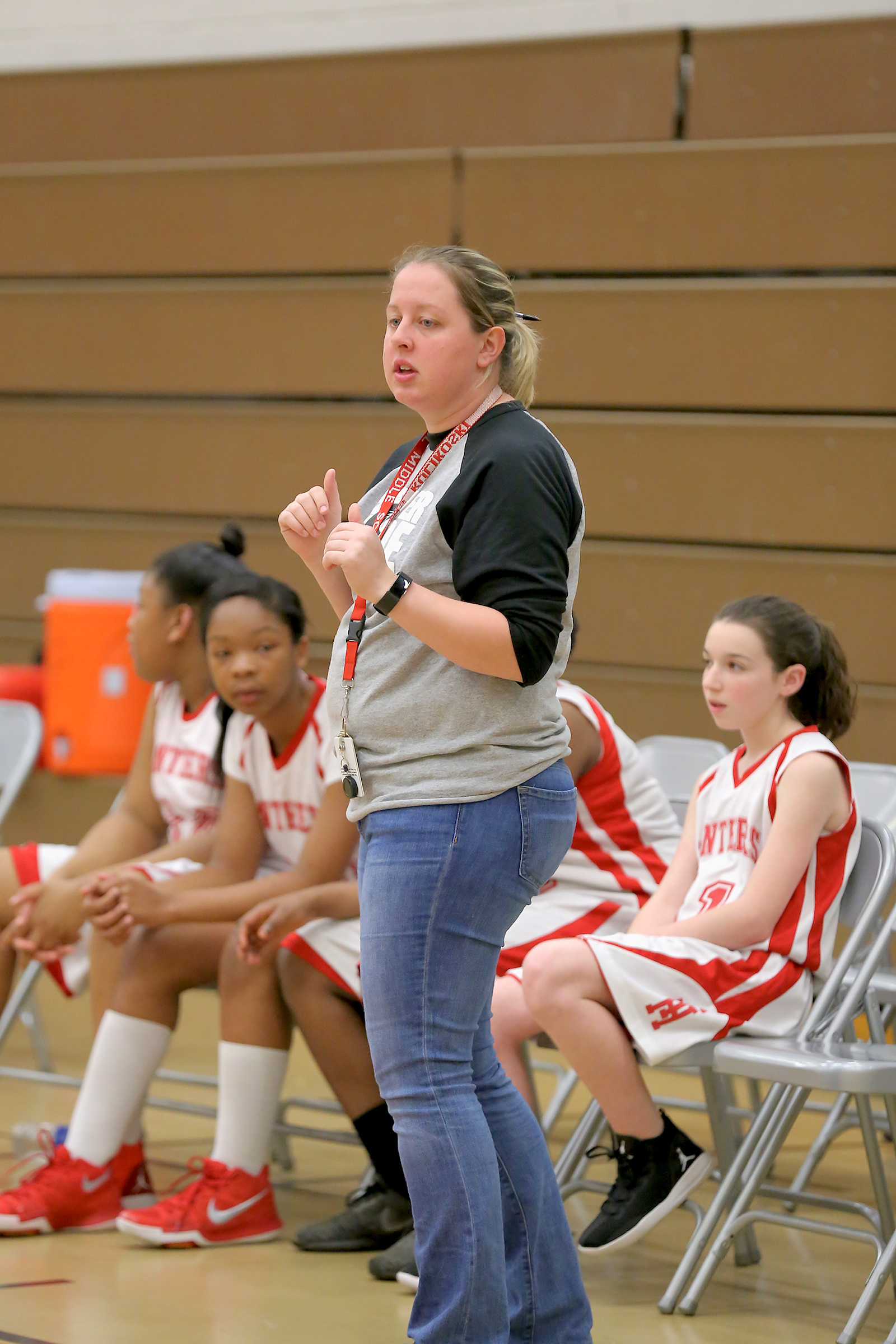 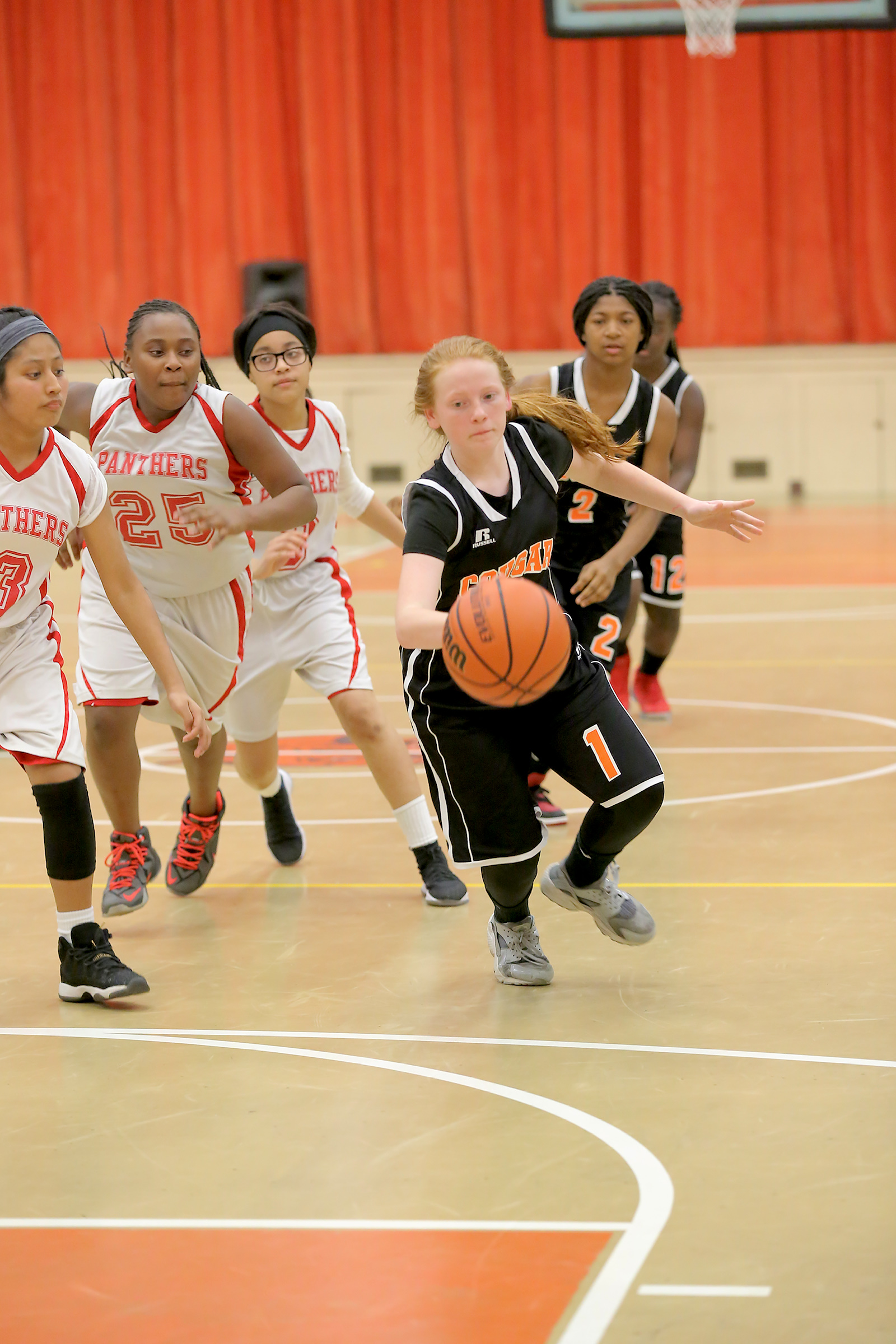 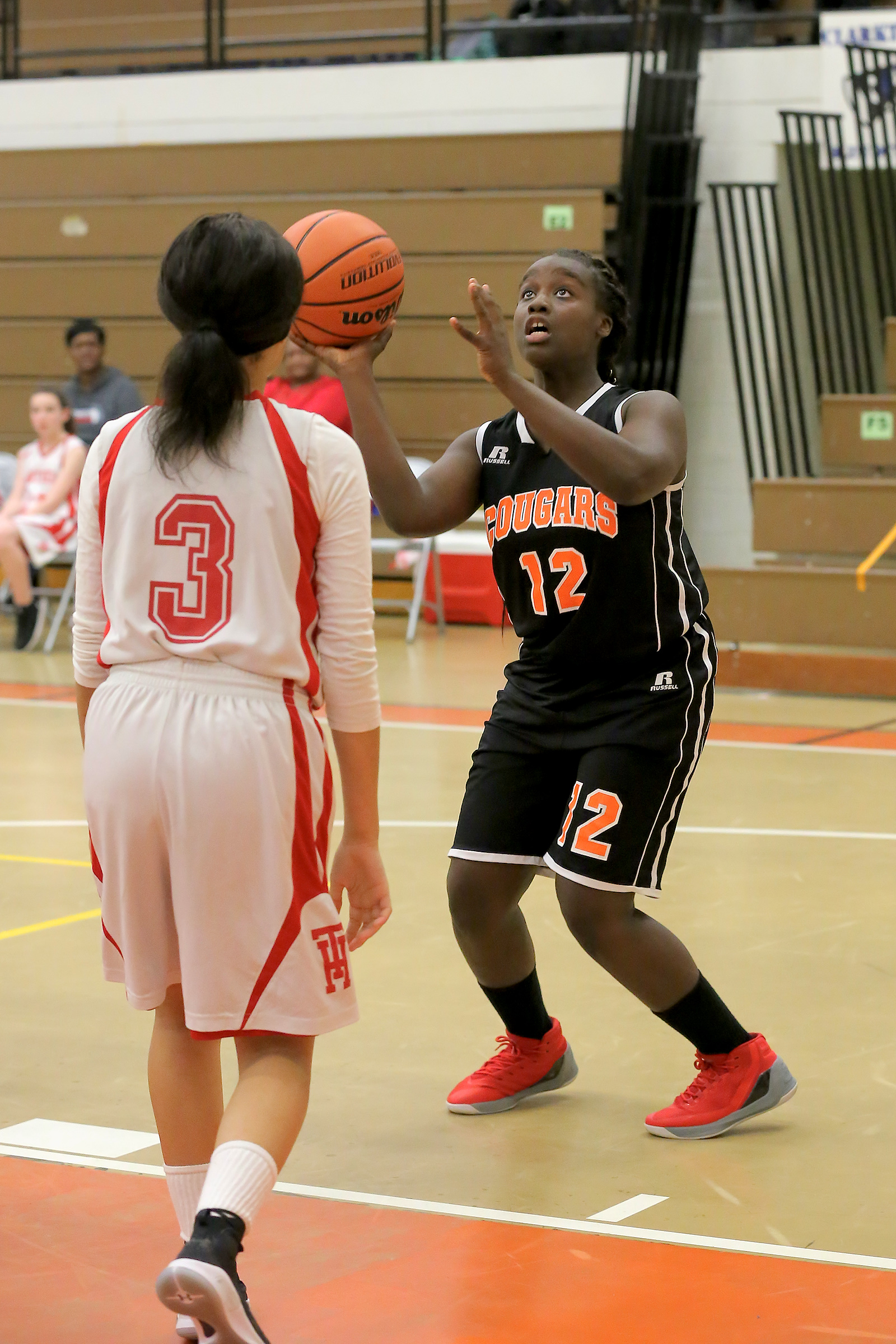 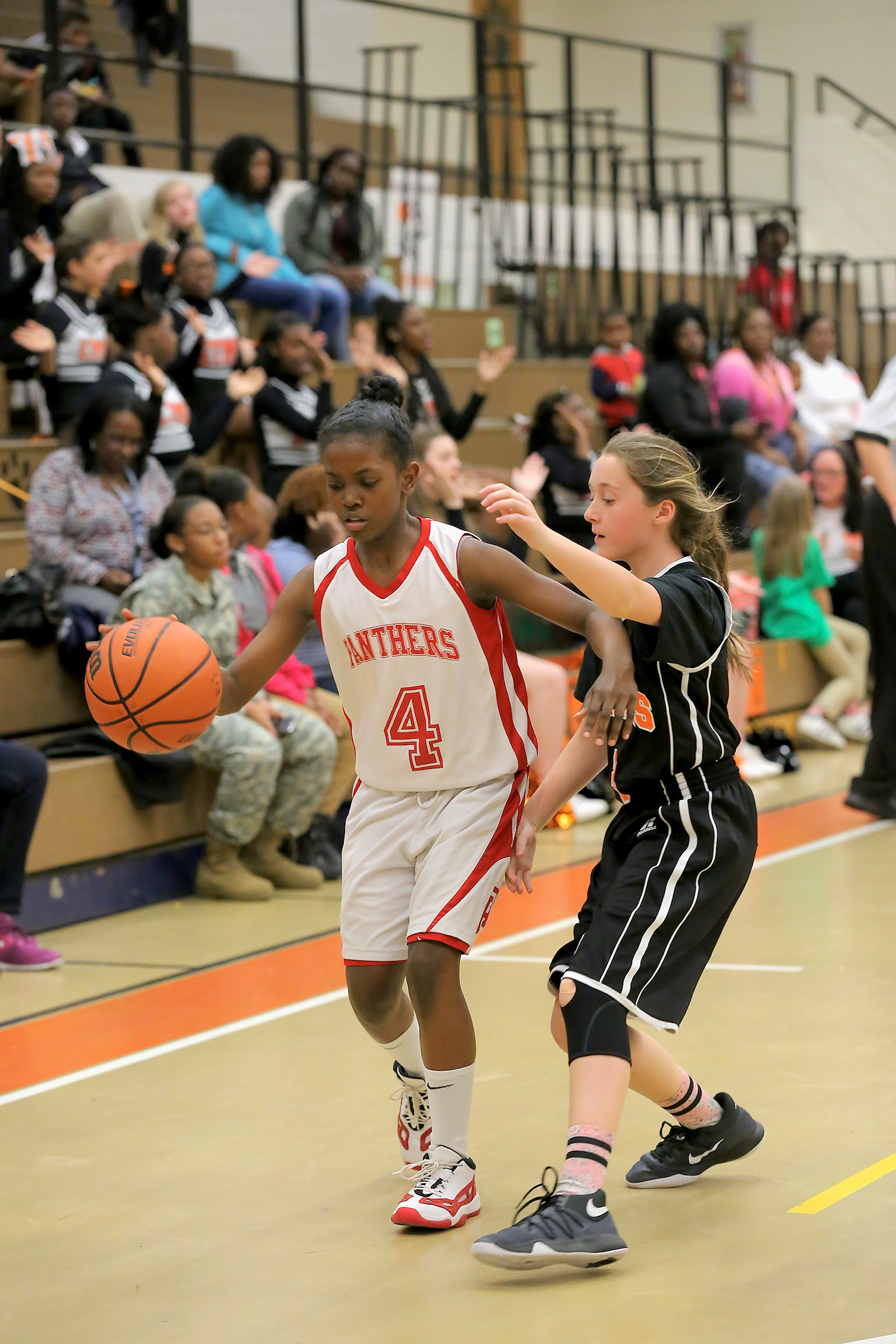 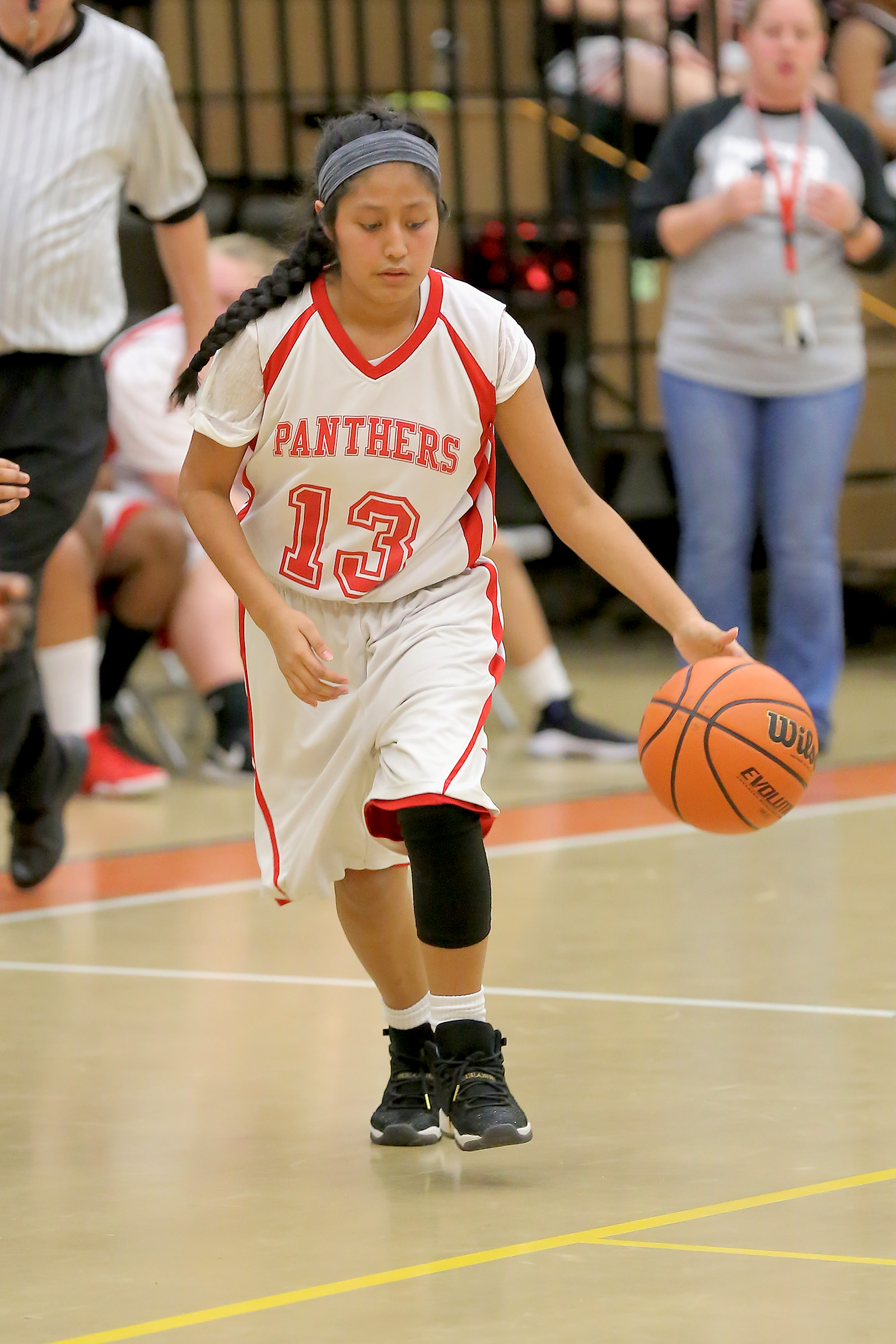 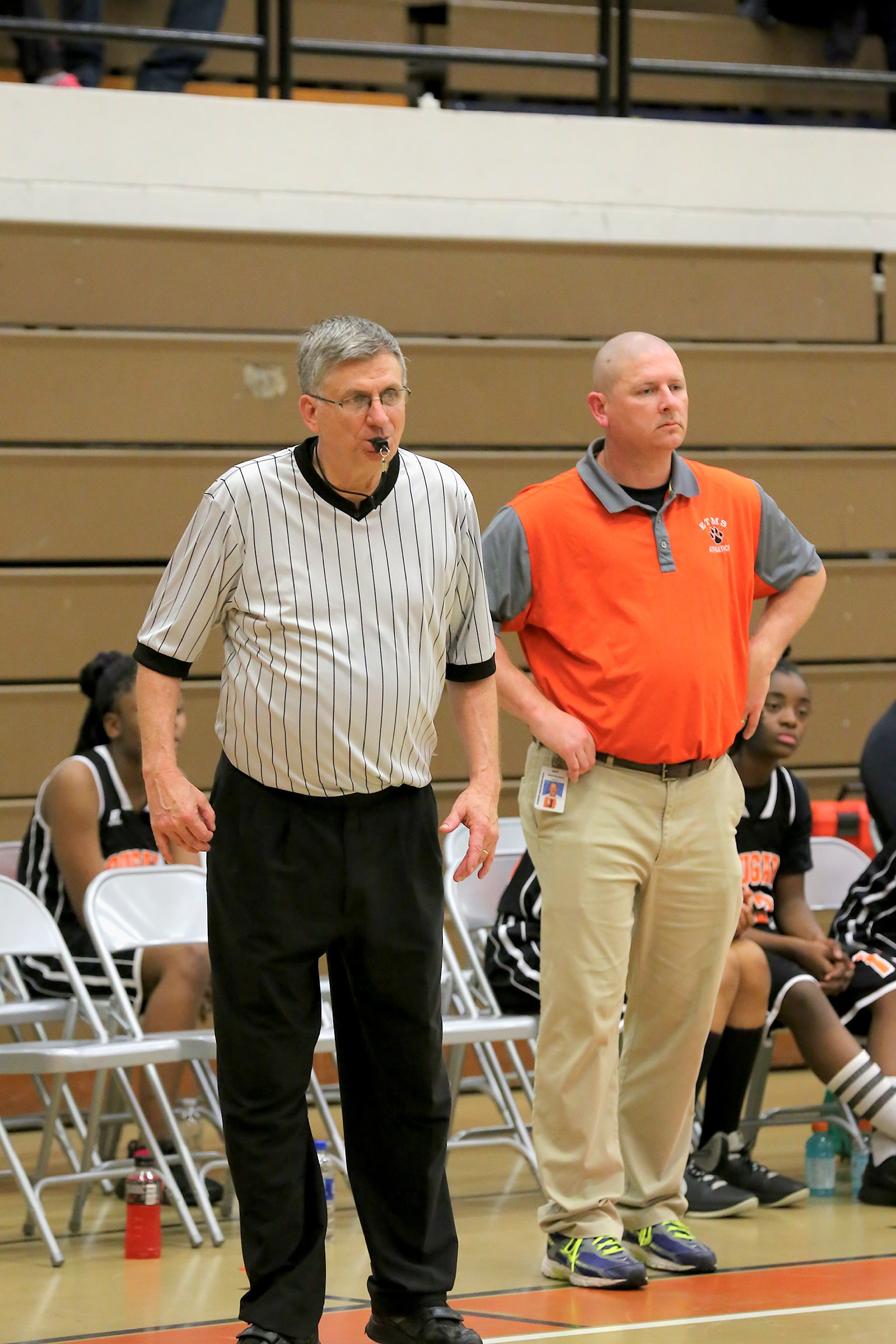 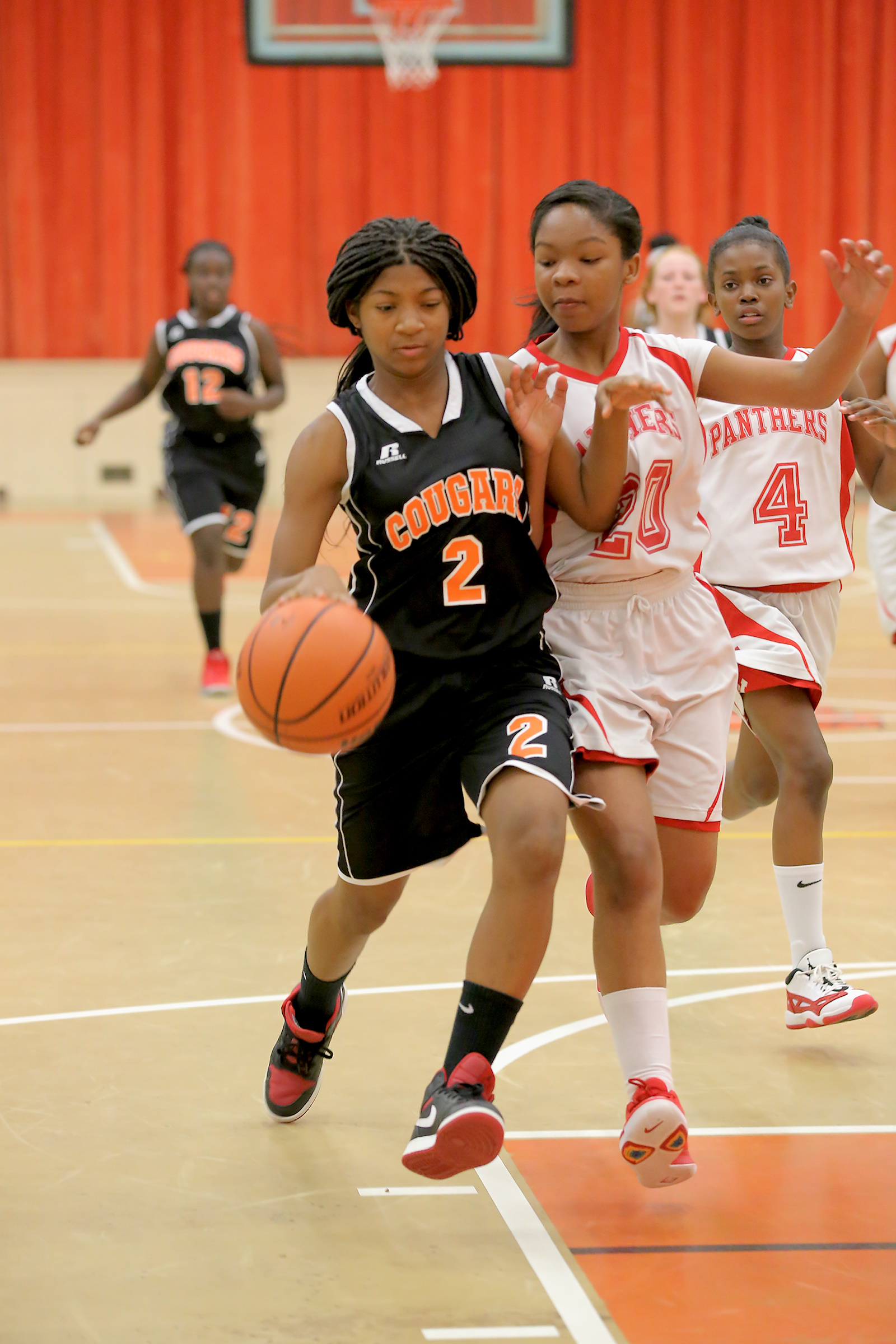 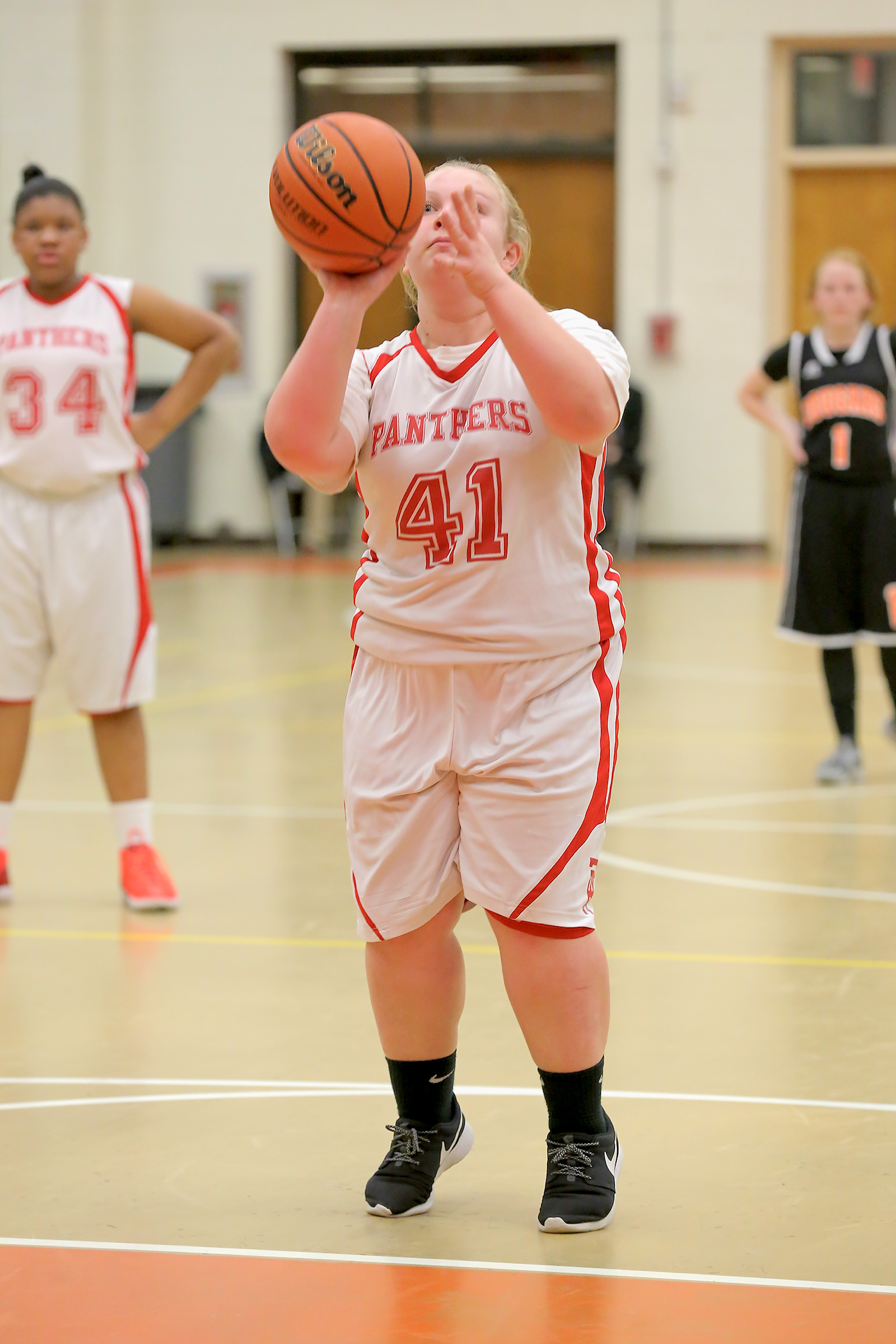 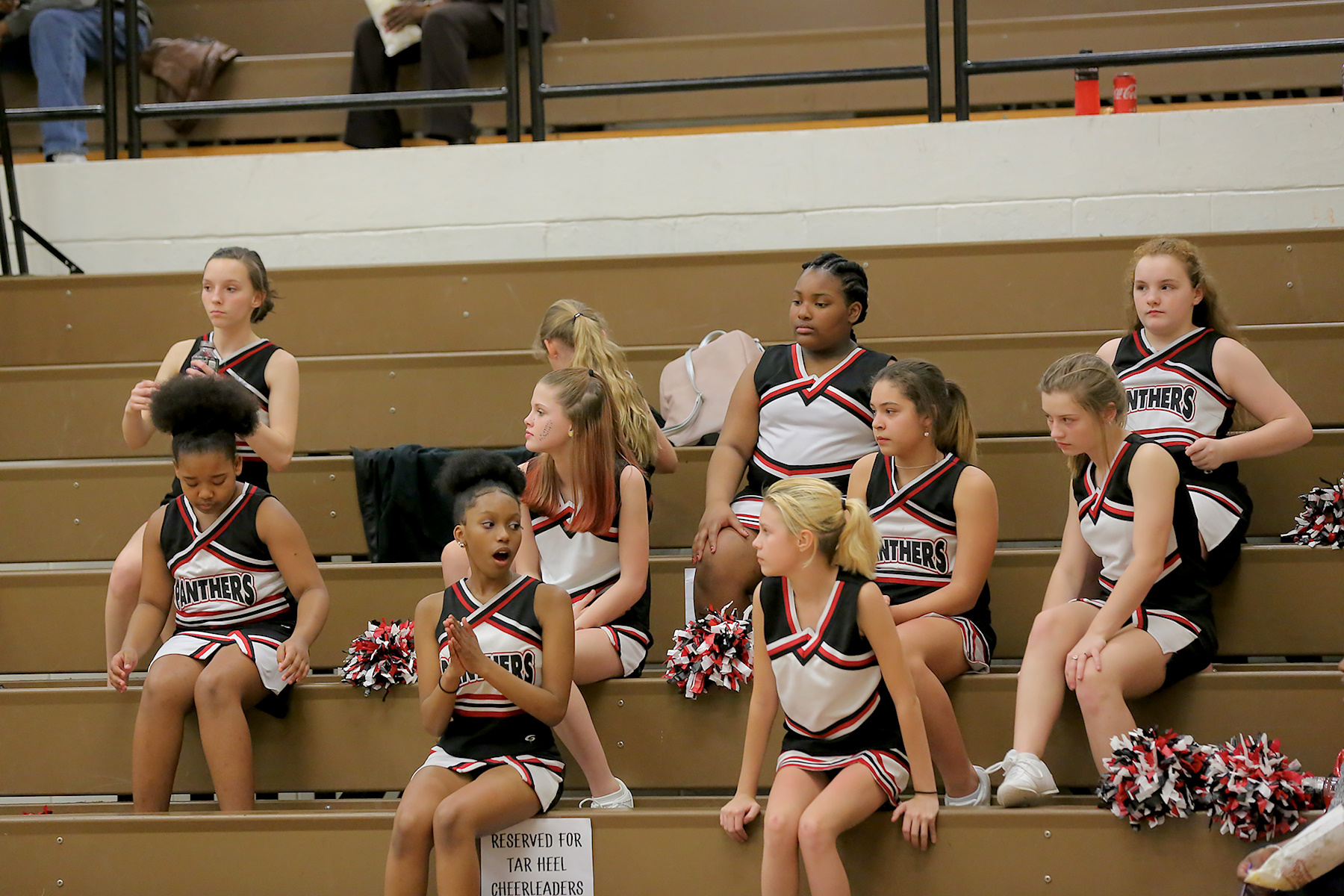 ELIZABETHTOWN – Guard Alexus Mitchell fired in 12 points Monday night to lead top-seeded Elizabethtown to a 28-15 girls basketball victory over Tar Heel in the opening round of the Bladen Five Middle School Tournament.

Mitchell tossed in a basket and two free throws in the opening quarter. Teammate Ronkira Lennon powered in a basket, and Azariah Rhodie sank 2 free throws as the Lady Cougars built an 8-2 lead.

Le’nya Harrell pumped in the only Tar Heel basket in the quarter. Kylie Duffel made a free throw for the only Lady Panther point in the second period.

Harrell and Kiera Lewis flipped in baskets for Tar Heel in the third quarter, but Mitchell banked in a pair of Lady Cougar baskets, and teammate Zoe Smith drained a basket and a free throw in the period.

Tyneque Murchison hurled in a basket to stretch the Elizabethtown lead to 26-7 at the quarter break. Lennon and Lainey Hughes hit free throws for the final Lady Cougar points.

Harrell bombed in a 3-point shot and another basket in the fourth quarter to lead the Tar Heel scoring with 9 points. Lewis nailed a 3-point shot in the period to finish with 5 points for the Lady Panthers.

Coach Chris Davisson’s Lady Cougars improved to 7-0 on the season and advanced to the tournament championship game Thursday night against Clarkton School of Discovery.