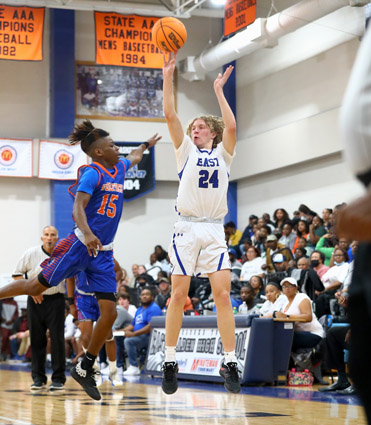 ELIZABETHTOWN — Jacob Nixon has the shooting touch to knock down 3-point field goals from any area of the basketball court.

But 4-pointers? Yep, he can make those too.

Nixon had a pair of 4-point plays, including a decisive one in the fourth quarter along with two other long-range buckets in the period, as East Bladen battled past Whiteville 58-54 on Friday night in a non-conference basketball game.

Nixon finished with a game-high 22 points and had six steals to lead the Eagles to their fourth straight victory to open the season. He also was fouled on another 3-point attempt, but made only 1 of the 3 free throws awarded.

Malcolm Bolden had 18 points and Malaki Monroe added 10 for East Bladen, which will put its unbeaten record on the line Tuesday at home against South Columbus in a non-conference game. 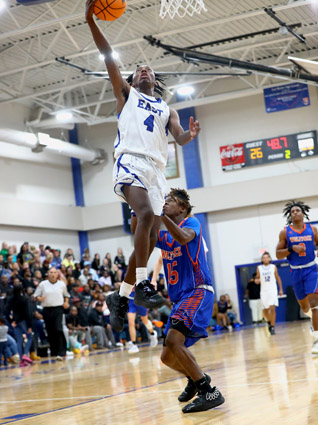 Will Fisher scored 16 points and Amari Best and Kyan Ganus each netted 14 for Whiteville (0-2), which was playing its second game in as many nights after its football team was eliminated from the state playoffs a week earlier.

The game was tight throughout. Neither team led by more than seven points through three quarters. Monroe’s basket gave East Bladen a 36-29 edge with five minutes left in the third period.

Whiteville went on a 7-2 scoring run over the final three minutes of the third quarter, highlighted with Best’s 3-pointer and, later, his free throw, that tied it at 41-all.

A 3-point basket and 2-point basket by Cade Little followed by another Best bucket gave Whiteville a 48-41 lead in the opening two minutes of the fourth quarter.

That’s when Nixon got hot. He had his second 4-point play with 5:08 left that brought the Eagles within 48-45, then consecutive 3’s by Monroe and Nixon put East Bladen ahead to stay at 51-50. Bolden’s bucket with under four minutes left gave the Eagles a 53-50 lead.

Ganus scored and was fouled to bring Whiteville within 55-54, but missed the ensuing free throw that would have tied it.

Nixon then drained his fifth 3-pointer with less than a minute to play that accounted for the final score. 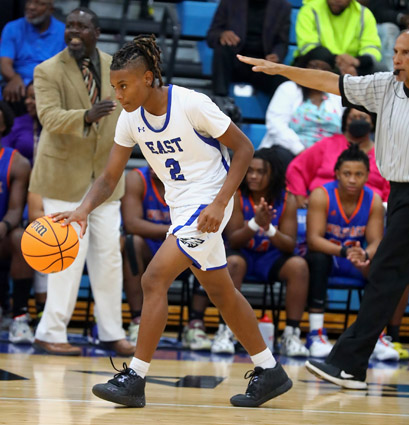 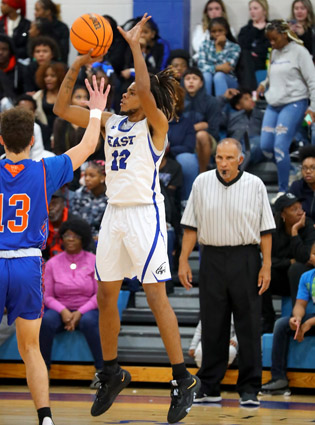 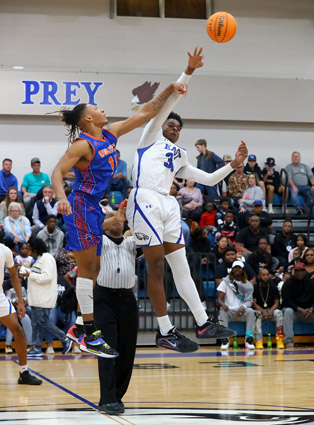 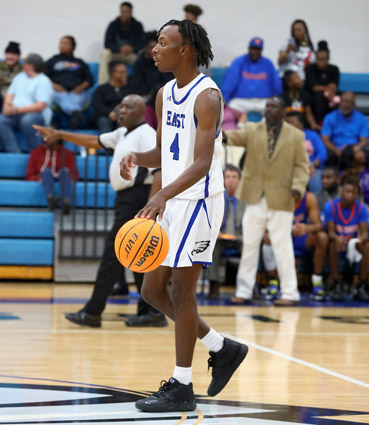 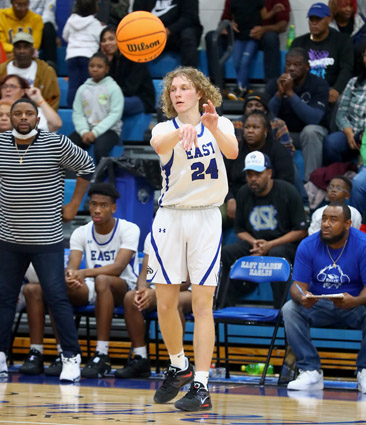 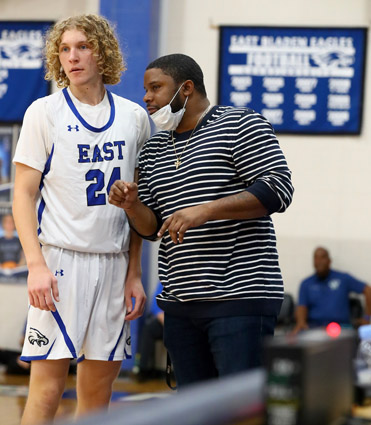 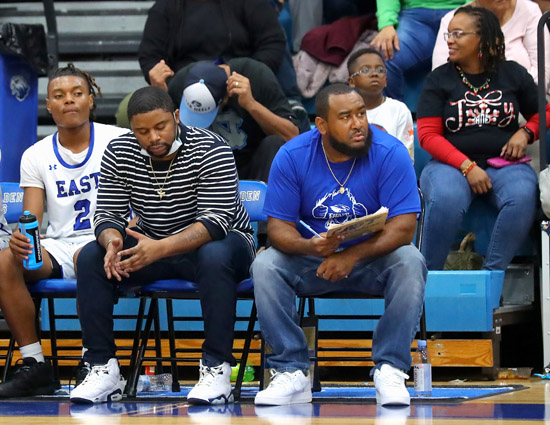