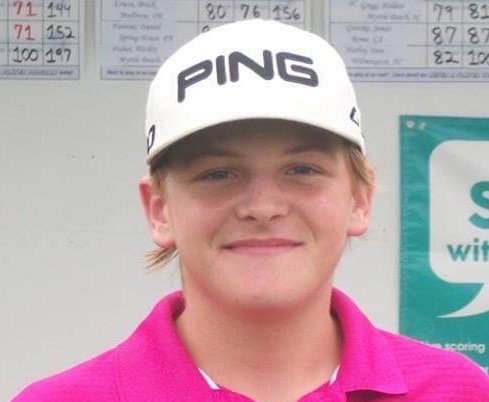 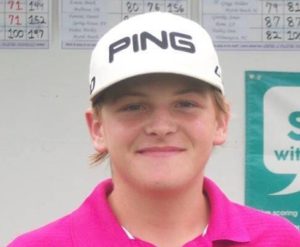 Elizabethtown’s Cade Hancock has been named the Coastal Rivers Conference Golf Player of the Year. Hancock, 15, is a sophmore at Harrells Christian Academy.

Hancock also earned a spot on the Class 2A North Carolina Independent Schools Athletic Association All-State team by finishing eighth in the NCISAA Class 2A State Tournament at the Mid-South Club in Pinehurst.

The Harrells sophmore fired a one over par 72 in the opening round of the state tourney and was within two shots of the lead. Hancock posted a 77 in the second round for a 2-day total of 149 that gave him the spot on the All-State team.

Last Saturday Hancock qualified for the Jimmy Creed Invitational at the Camden Country Club in Lancaster, SC by shooting a 75 that placed him in a tie for 17th place out of 89 potential qualifiers. The top 35 finishers qualified for this weekend’s tournament.

Hancock shot rounds of 80 Saturday and 79 Sunday to finish in a tie for 56th place in the Creed Invitational.

Cade is the son of James and Polly Hancock of Elizabethtown.