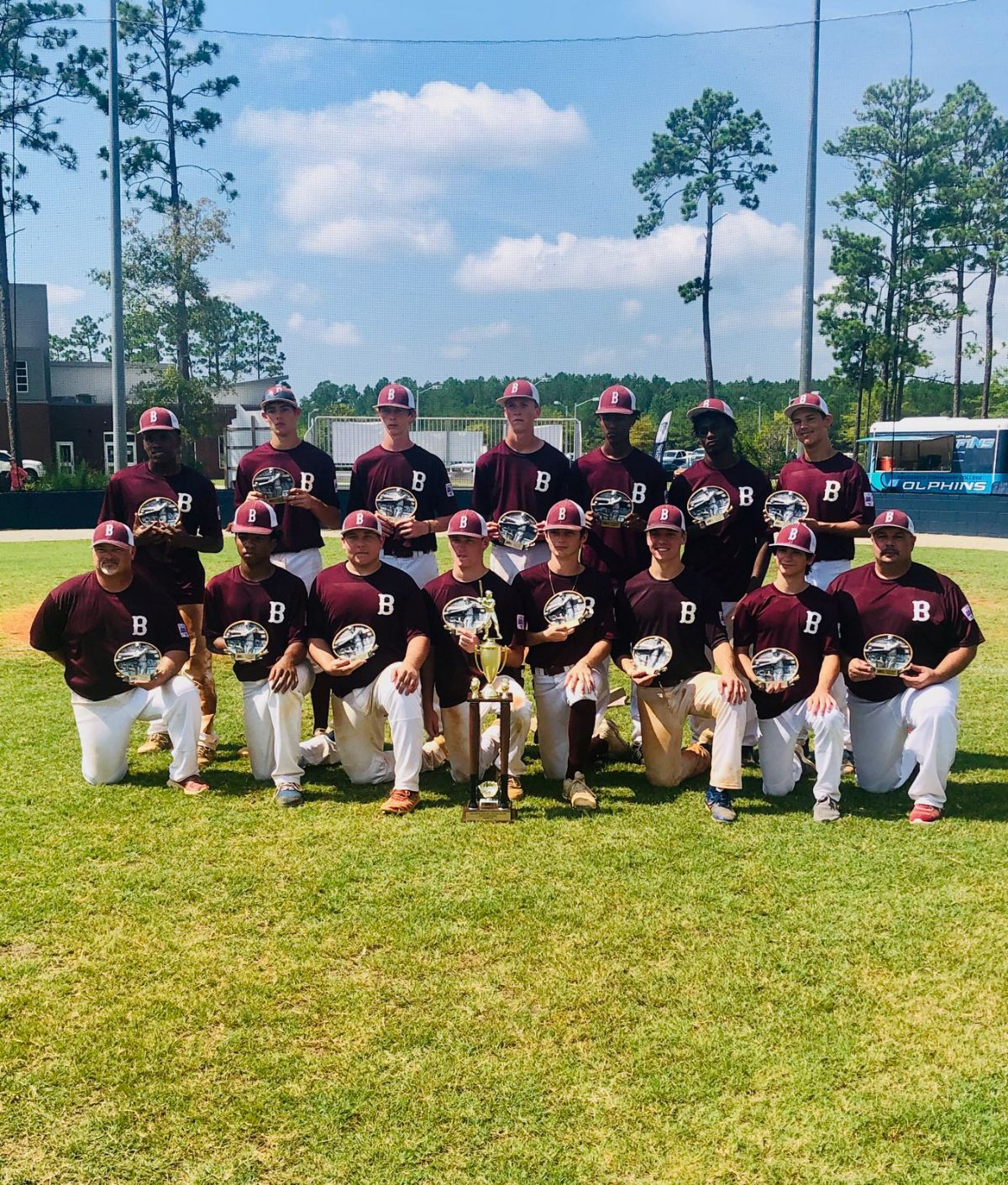 The Bladen County All-Stars won the Dixie Baseball Pre-Majors State Championship Wednesday with a 11-1 victory over Columbus County. The team only has about a week to fundraise for the big trip.

On Thursday of this week the team will head out to play in the World Series in Louisiana according to their Coach Les Hill. The team held a fundraiser dinner at Harrelson’s farm on Sunday evening. Currently the team has a fundraiser on Facebook.

Shannon Meares wrote on a social media fundraising post, “These boys will represent the State of North Carolina in the World Series in Louisiana, July 27th thru the 31st. As they just won the State Championship, they are in need of your help to support them as they travel to Louisiana next weekend. There is very little time to raise money and we would appreciate any donations you feel led to contribute. All money raised will go toward the travel expenses, motel stays and meals for the team.”

Several donations have been made, but their goal of $5,000 has yet to be obtained, according to the Facebook fundraising page.

“I can’t say enough about how our community has rallied behind us in the past 4 days. It has been amazing,” Coach Hill stated.

You can donate to the team today by visiting their fundraising page linked here or by writing a tax deductible check to the Elizabethtown Dixie Youth earmarked for the Bladen County Dixie Majors team.

Next, the Elizabethtown Dixie Youth Minors team will head out to play in the World Series held in Ruston, Louisiana on Aug. 2. The team has a little more time for their fundraising efforts.

The team received a check from the Town of Elizabethtown last week for $1,000 and has a local band, the Pink Slips, holding a concert for them this coming Saturday evening. At the event, the Elizabethtown DYB will be honoring the 1982 Etown DYB Majors team that went to the World Series.  The first and only other Etown DYB team that has won a State Tournament and went to the World Series in 1982. 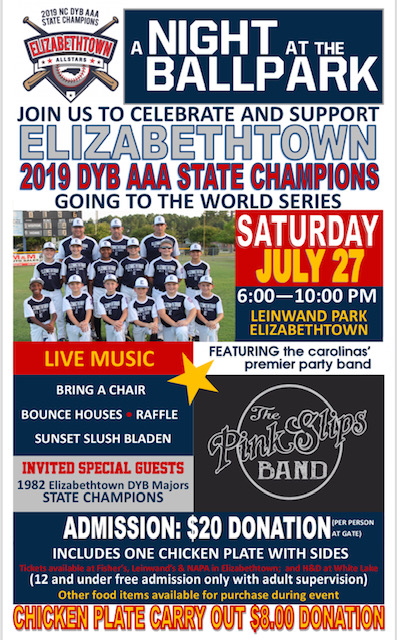 Mark Gillespie with the Elizabethtown Dixie Youth will be collecting donations for both teams.