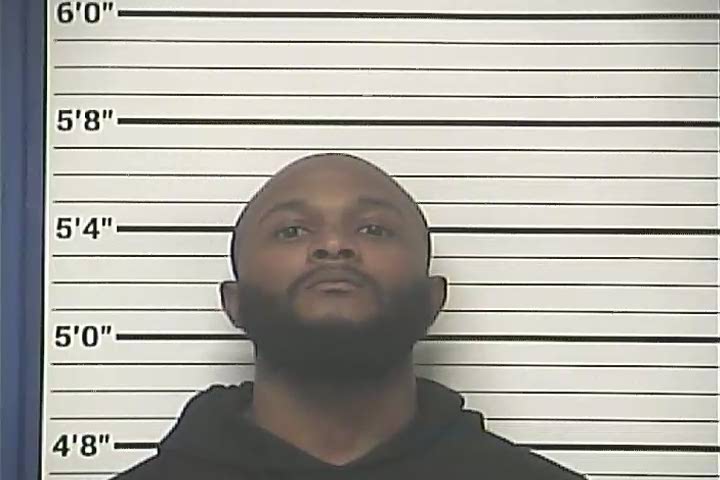 On Wednesday, January 8, 2020, at approximately 1:50 pm, Trooper Jason Weissinger of the North Carolina Highway Patrol, Troop B, District 5, clocked a car traveling 102 mph near Highway 20 on NC 87 in the Tar Heel area of Bladen County. Trooper Weissinger turned around on the car and the car pulled over. As Trooper Weissinger walked up to the vehicle, the car sped off.

After a short chase, the car ran out of gas and Trooper Weissinger arrested the driver for Driving While License Revoked, Failure to Wear Seat Belt, Speeding 102 MPH in a 55 MPH zone, Reckless Driving to Endanger and Fleeing to Elude Arrest. Trooper Weisenger searched the car incident to arrest, and found a red backpack containing approximately 298 grams of marijuana along with drug paraphernalia used to weigh out the marijuana.

The Highway Patrol requested assistance from the Bladen County Sheriff’s Office. Corporal Trey Harvey charged the driver with Felony Possession of Marijuana, Possession of Drug Paraphernalia and Possession with Intent to Manufacture, Sell and Deliver Marijuana.

The driver, Demetrius Sherell Rayshan Gamble, 25 years of age from 5342 Morganton Road in Fayetteville, was booked into the Bladen County Detention Center under a $39,000.00 secured bond.

“Trooper Weissinger did an outstanding job and we are proud of the relationship that we have we the North Carolina State Highway Patrol,” said Sheriff Jim McVicker.