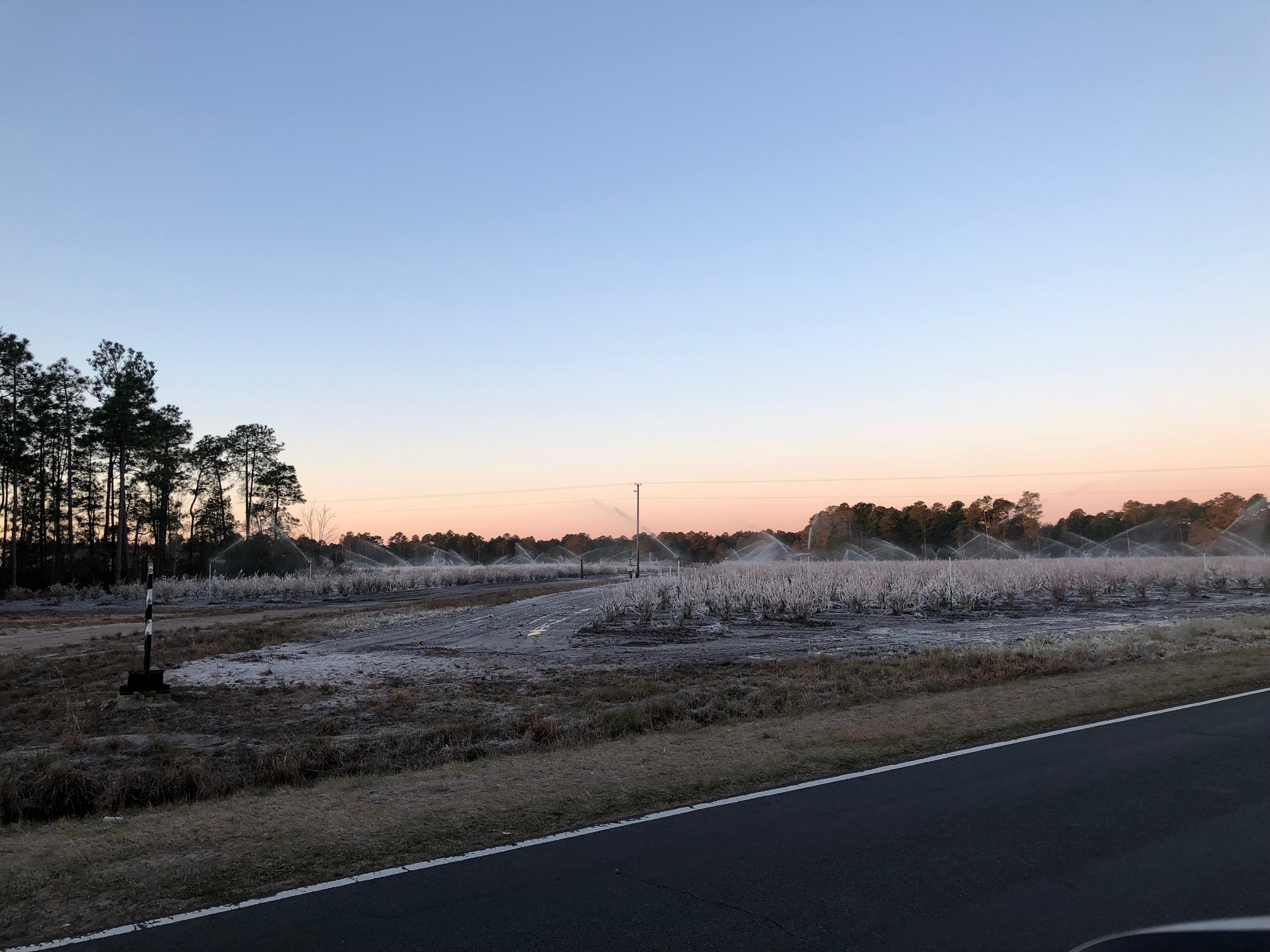 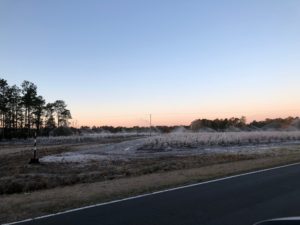 Freezing temperatures the past several nights have had farmers keeping long hours to save their early fruit crops. Blueberry farmers have been irrigating their crops with water to protect blossoms and early fruit from freezing.

Farmers were feeling optimistic on Thursday morning as they checked their crops and fields. Carey Horrell with Barnes Food Company/Big Sky Blueberry Farm near White Lake said, “I feel like we are doing well.”

He said his sprinklers were still operating as of 9:30 a.m. and his farm reached a low temperature of 25 degrees at 3 a.m. Thursday morning. As of 9:45 a.m, the temperature had climbed to about 32 degrees.

“It’s a critical time. The biggest problem was how early it got cold last night,” said Horrell.

He said he will probably have to run his irrigation system until 11 a.m. or as late as noon. Horrell added his crop was looking good on Thursday morning. This was good news for Horrell after he lost his blueberry crop in the freeze last year.

“We’ve had them covered up for about the last ten days,” said Gooden.

He said his strawberry crop is actually ahead of schedule. Gooden said if the weather warms and remains warm, there may be strawberries ready for picking as early as Easter weekend.

Gooden said he also has cattle on his farm and the grass in the pasture has been slow to grow due to the cold temperatures, but otherwise, all is well on his farm.