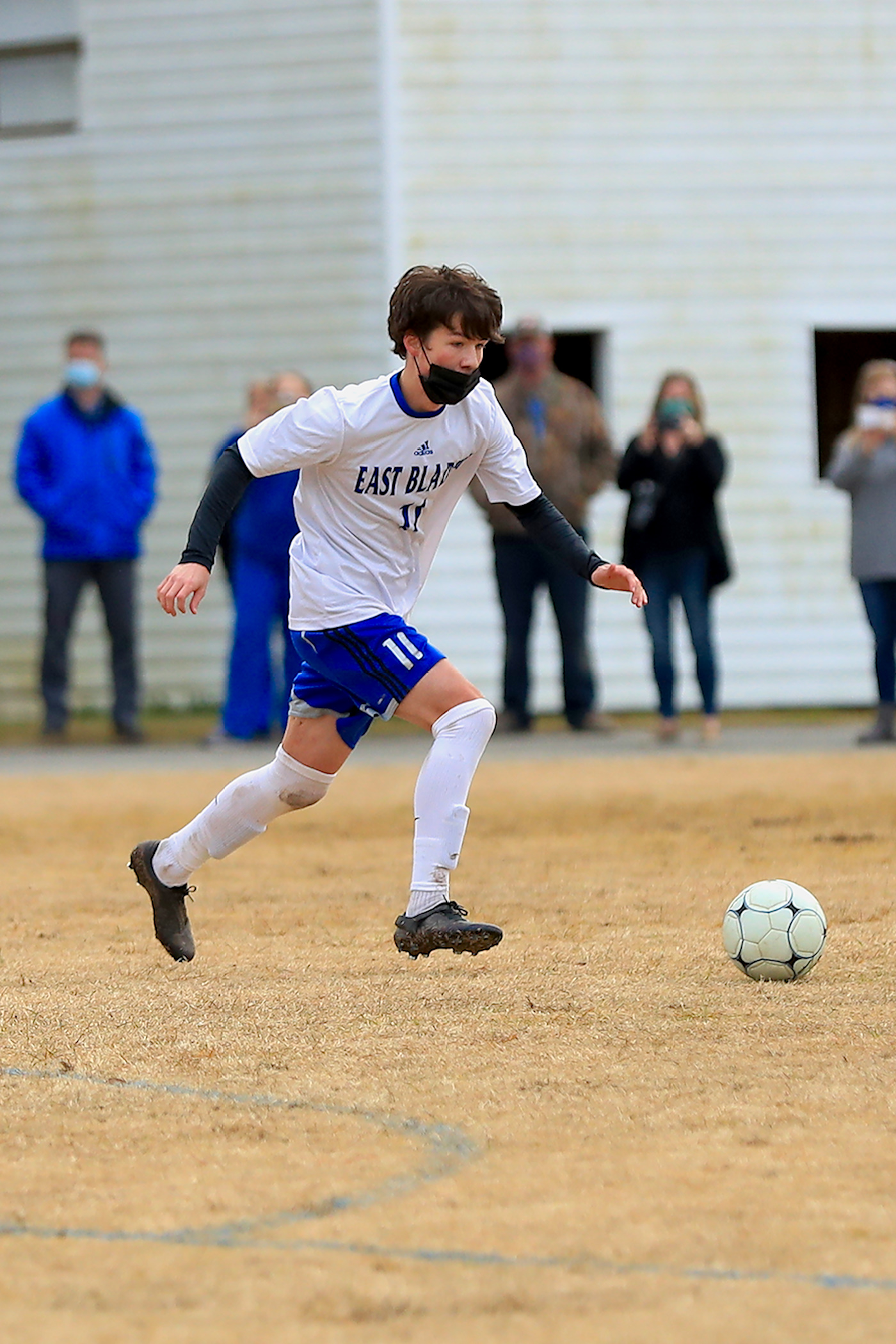 “It’s a well earned and well deserved honor,” said East Bladen Coach Jay Raynor. “Garrett stepped his play up this year. His technical ability as well as his understanding of the game separates him from others. He was our attacking catalyst this season. Garrett was locked in this year more so than any other year I have coached or been around him.”

Despite the shortened season due to the coronavirus Melvin posted one of the best performances of any East Bladen player in the programs history piling up 26 goals and 11 assists in just 11 games. Melvin averated 2.3 goals per game and recorded 6 ‘Hat Tricks’ in 11 games including a ‘Hat Trick’ in the first round of the playoffs.

“This honor puts him amongst the best in the state and also the best that have come through our program,” stated Raynor. “It’s a short list but one that he deserves to be on. Even with a shortened season he did the most with what was presented his way. He did that by working hard, being coachable, and being one the best teammates he could possibly be. He made countless sacrifices for his teammates this year and I know he would acknowledge that this recognition wouldn’t be possible without their support and help.”