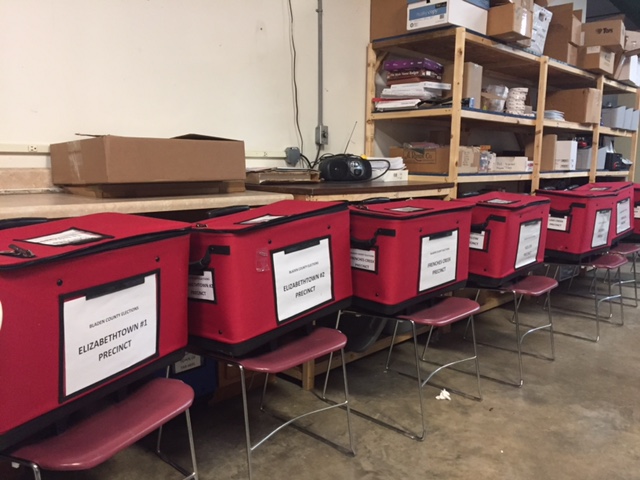 NC Governor Roy Cooper named five members to a new State Board of Elections panel on Thursday.  The former nine member panel was dissolved by a three judge panel on December 28, 2018.

Officials are hopeful with a new five member panel in place, the investigation into election fraud in the 9th Congressional District race can progress.

Named to the panel are three Democrats and two Republicans. They are Democrats Stella Anderson of Boone, Jeff Carmon of Durham and Bob Cordle of Charlotte. They are joined by Republicans David Black of Concord and Ken Raymond of Winston-Salem. It is reported Cordle and Anderson have served on previous Board of Elections panels.

“North Carolinians deserve fair and honest elections, and I am confident this board will work to protect our electoral process,” Cooper said in a statement.

The panel will now have the task of reviewing the evidence gathered in the 9th District investigation and ultimately deciding whether or not to certify Republican Mark Harris as the winner of the race.

Harris leads Democratic candidate Dan McCready by 905 votes, according to unofficial results published on the NC State Board of Elections website.

Allegations of election fraud were first reported when Joshua Malcom, of Lumberton, who was a member of the former NC State Board of Elections panel, raised concerns about possible voter fraud in Bladen and Robeson counties. The panel voted twice to deny certification of the results of the 9th Congressional District race, the Bladen County Commissioner District 3 race and the Bladen County Soil and Water District Board race.

No new date for an evidentiary hearing has been announced.