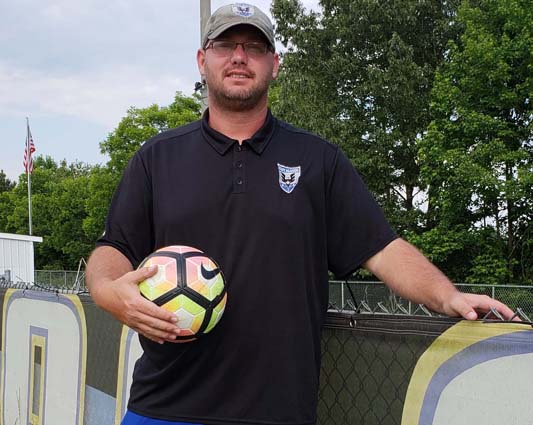 East Bladen Coach Jay Raynor has been named the Region 6 Class 2A Coach of the Year by the North Carolina Soccer Coaches Association.

East Bladen also set a school record by winning 17 straight games before being edged 1-0 in the third round of the Class 2A state play-offs by top-seeded Thomasville Ledford.