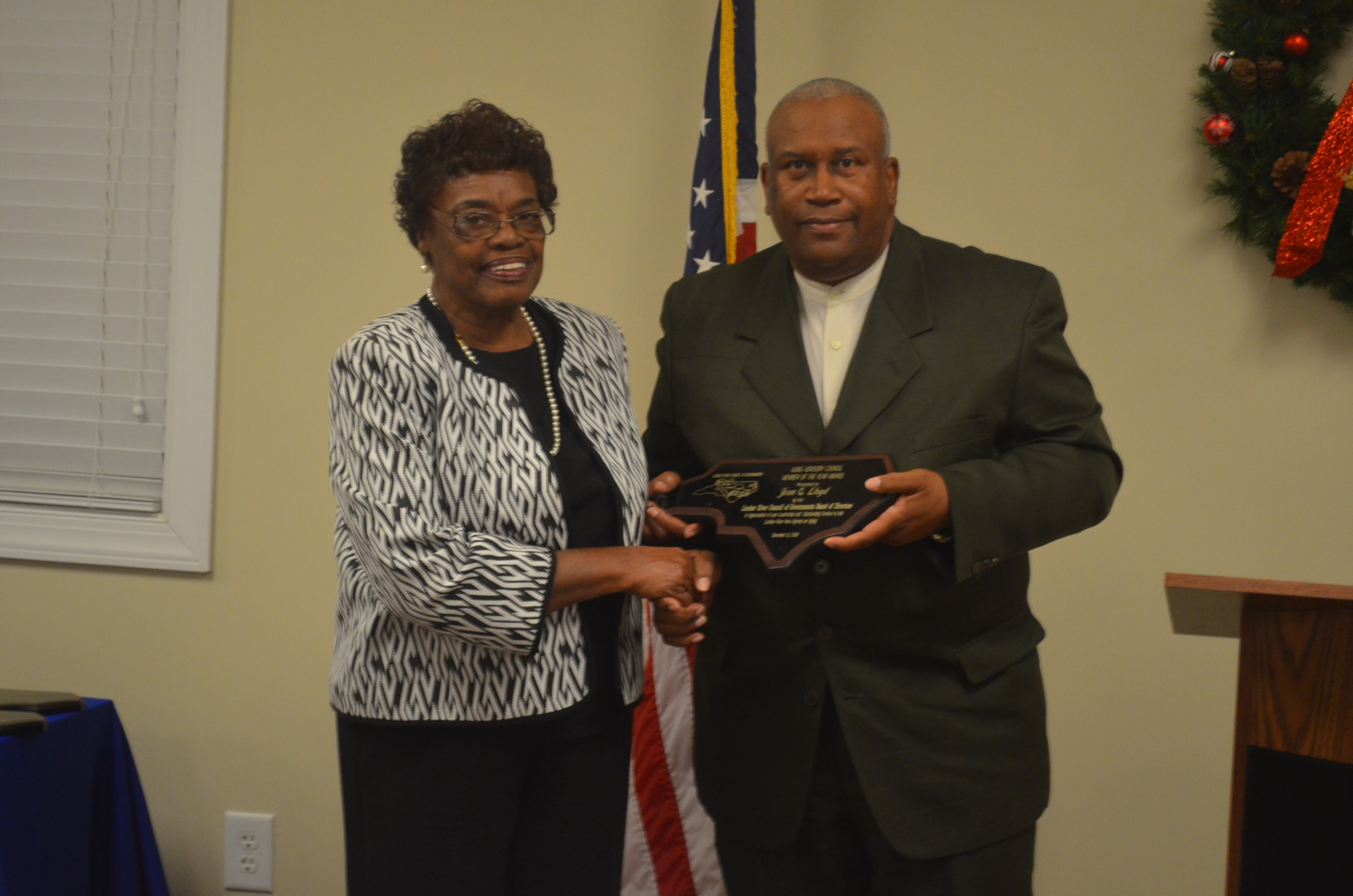 Jean Lloyd, of Council, was named as the Regional Aging Advisory Council Member of the Year. Lloyd has served with the Council since 2016. During the seventy-fifth session of the North Carolina Senior Tar Heel Legislature held on October 2nd in Chapel Hill, Ms. Lloyd was recognized for her 15 years of service advocating for older adults within our great state.

The LRCOG provides an array of programs and services to the member governments located within its region: Bladen, Hoke, Richmond, Robeson and Scotland Counties. It serves as an administrative and service delivery arm for federal, state, regional and local programs of its member governments.