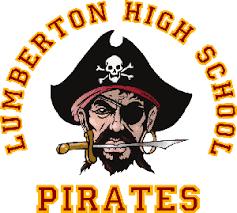 SOUTHERN PINES – For the second year in a row Lumberton’s Pirates defeated Pinecrest to reach the Class 4A Eastern Regional Championship game. The final margin for Saturday’s Pirate victory was 54-50.

Just like last season the Pirates lost twice to Pinecrest during the regular season, but came back to defeat the Patriots in the third round of the Class 4A playoffs.

Last season Lumberton won the Class 4A Eastern Championship and was declared co-champions when the state championship game was unable to be played due to the coronavirus.

Edwards is the son of Bladen County native Worley Edwards.