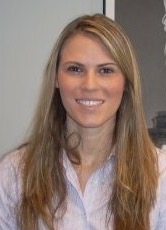 Coach White said that she and Coach Jeff Atkinson had discussed the coaching job before and with Atkinson needing some time off this season due to surgery she has stepped into the position.

White who teaches Spanish at West Bladen played tennis in high school at Halifax County, Virginia and then in college at Meredith in Raleigh.

The Lady Knights are off to a 2-0 start this season with victories over West Columbus and St. Pauls. West Bladen will entertain Fairmont Tuesday in another Three Rivers Conference match.