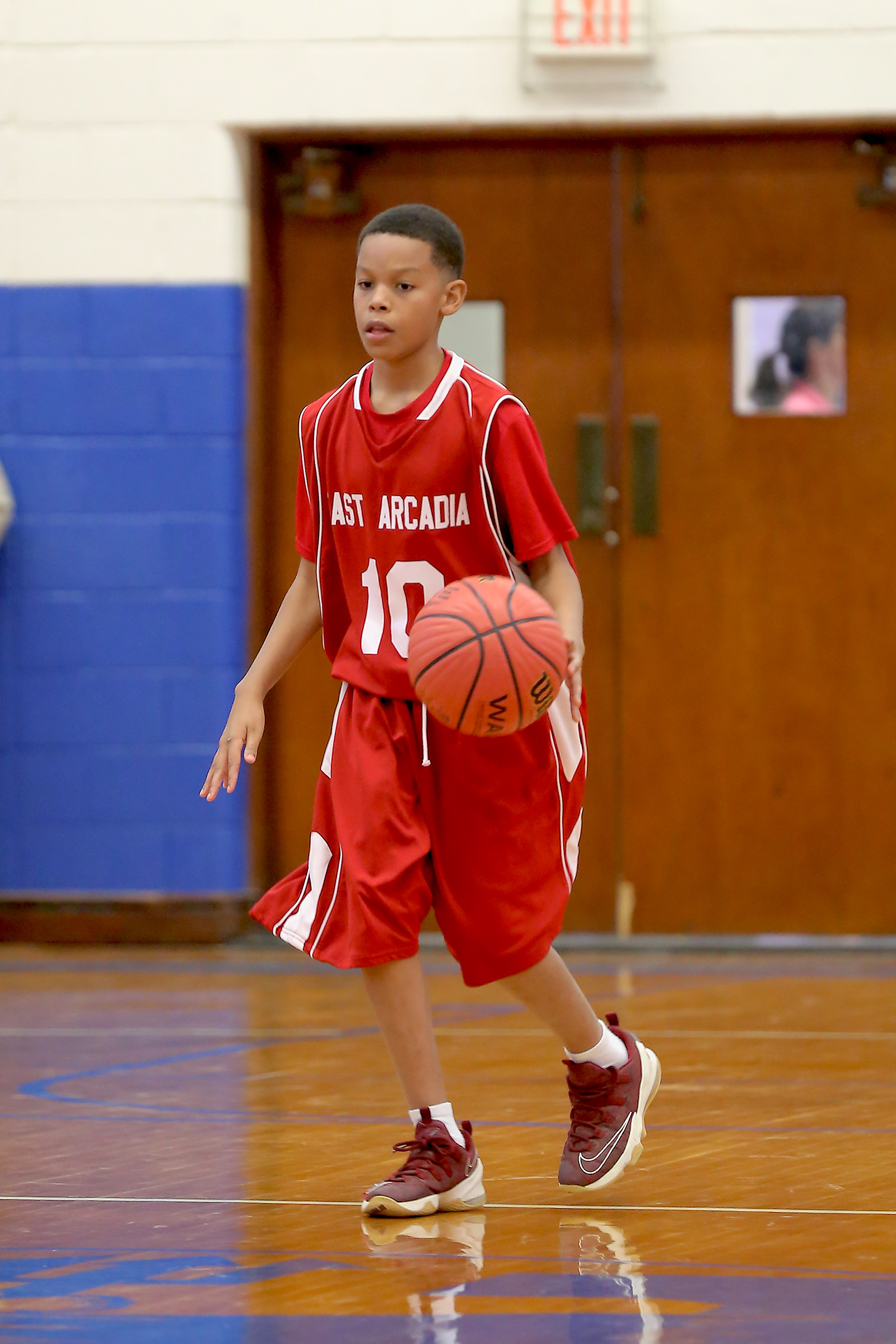 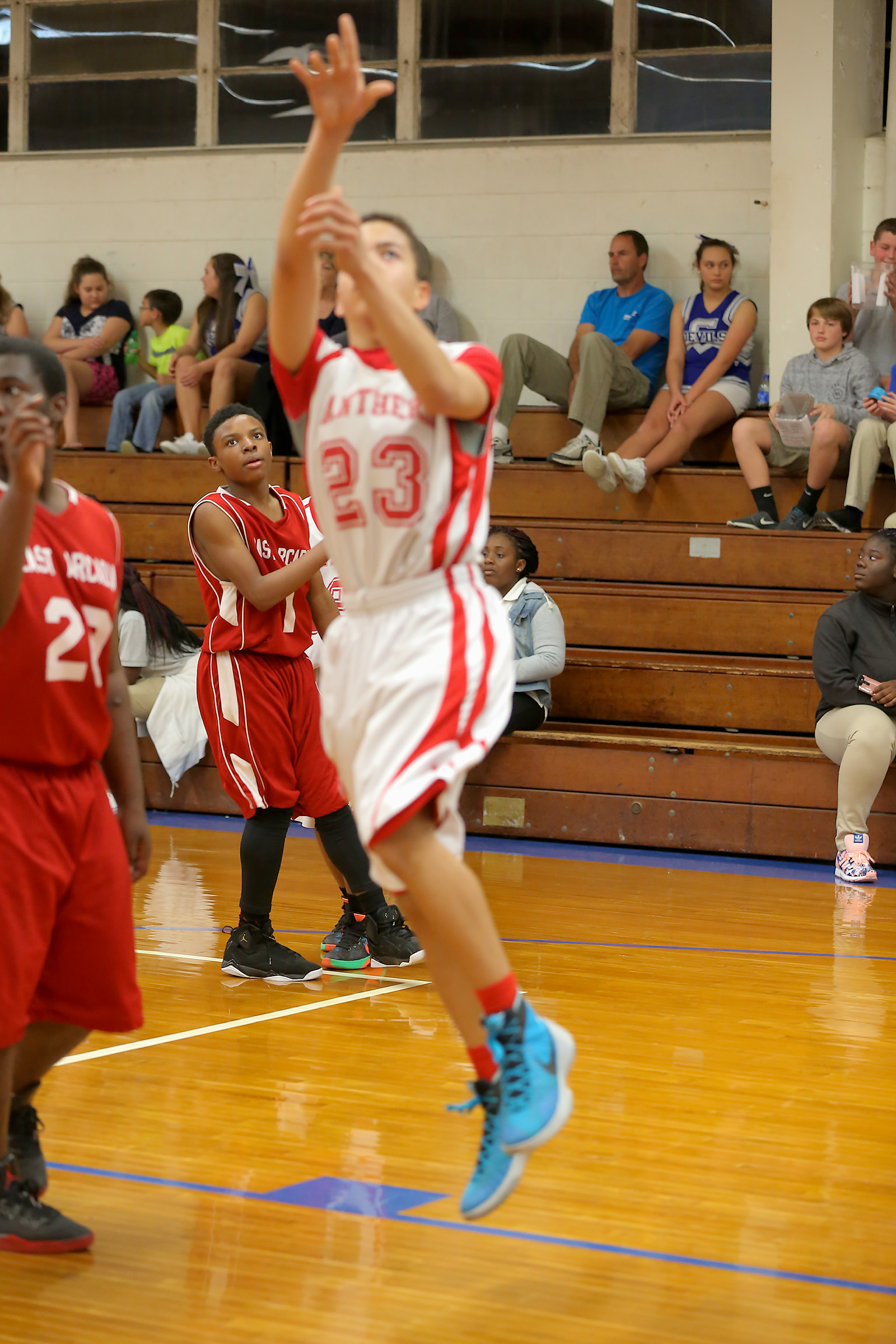 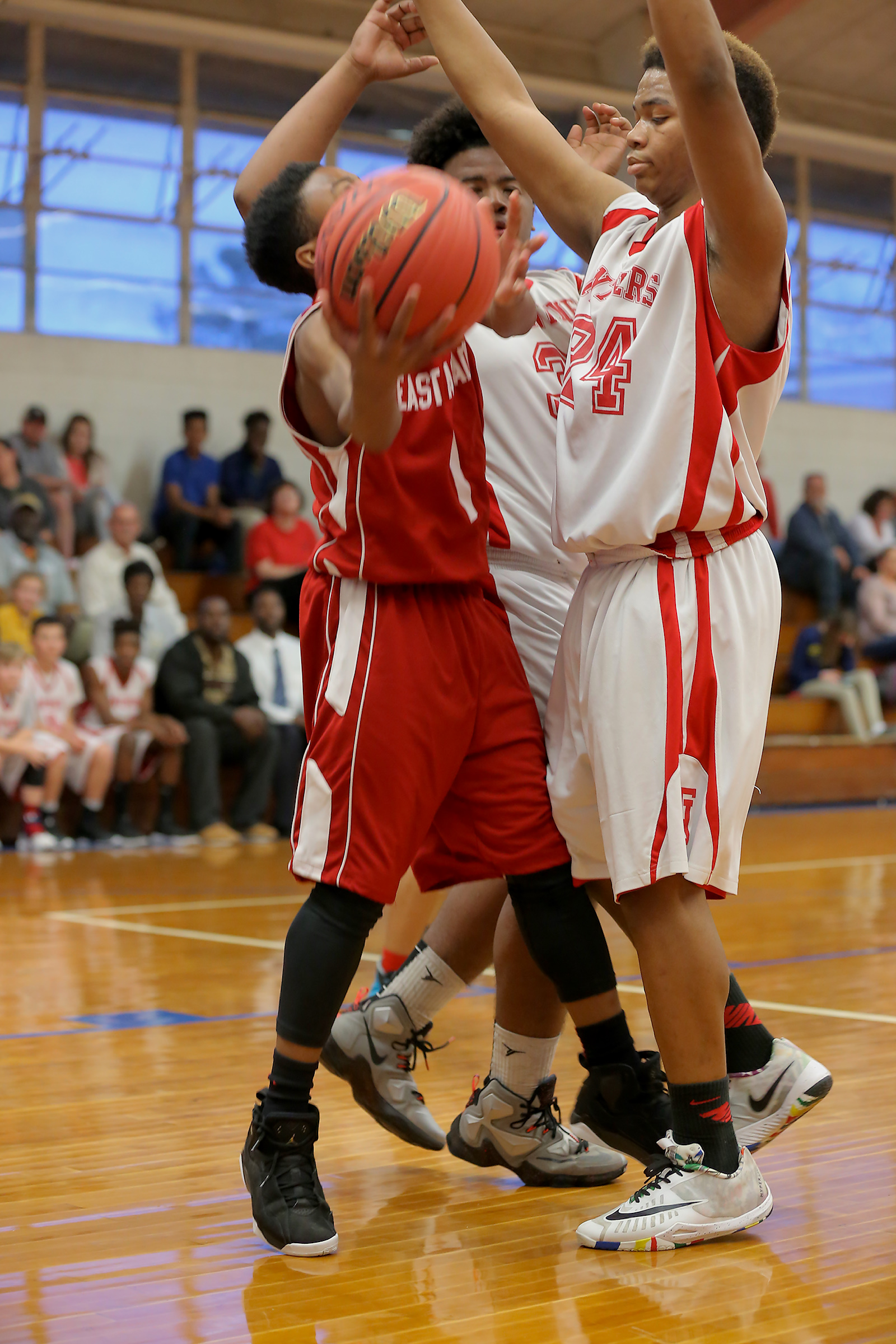 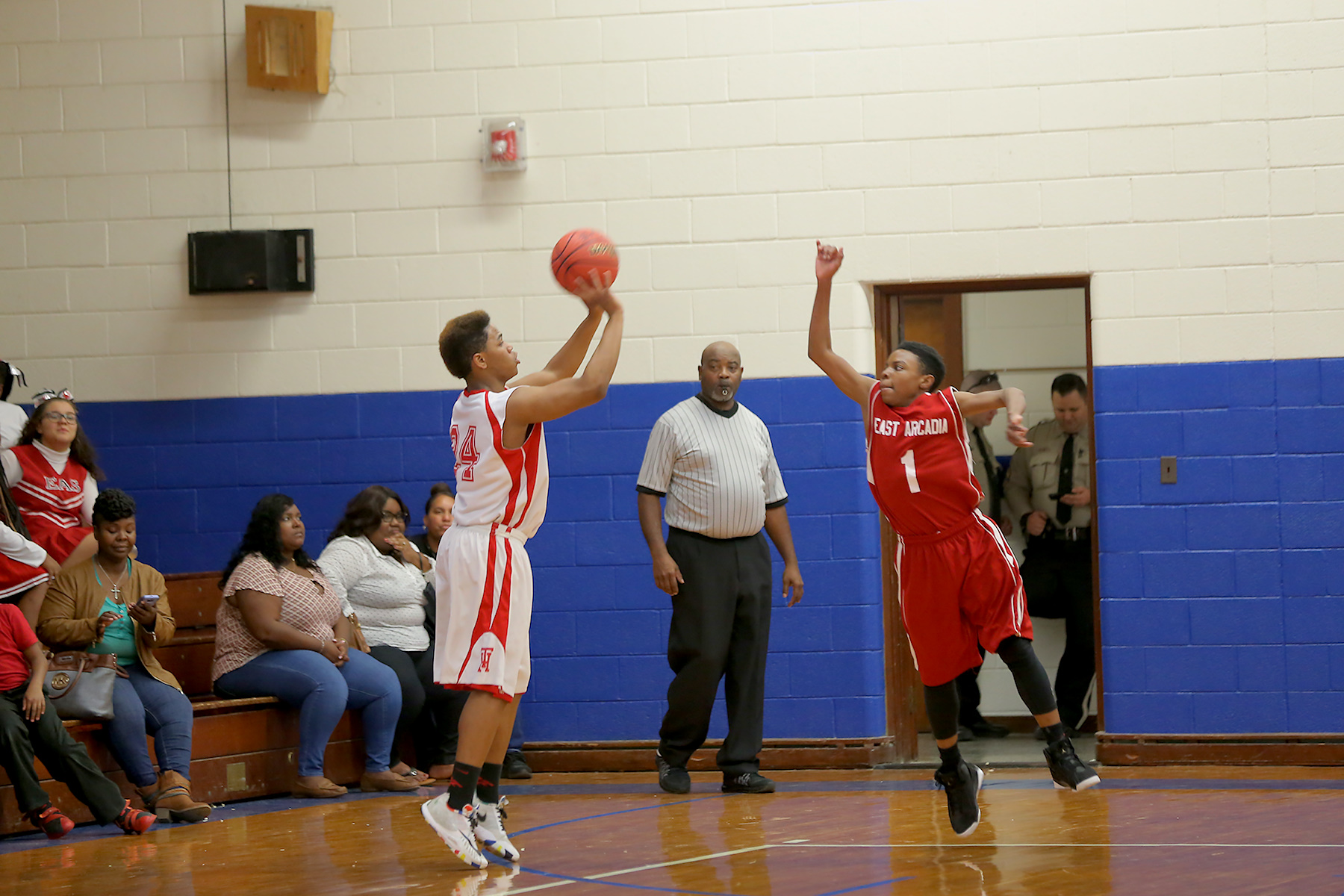 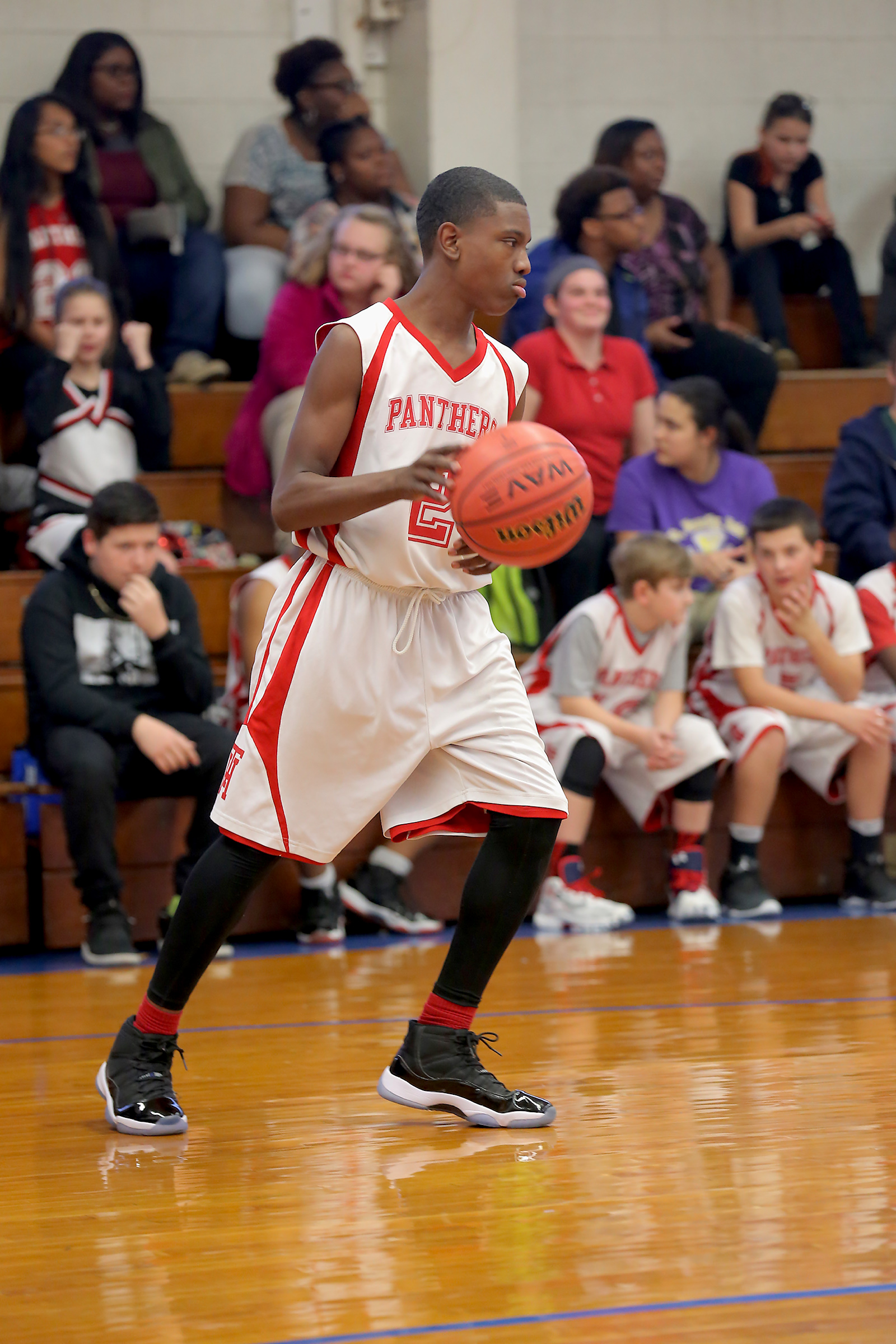 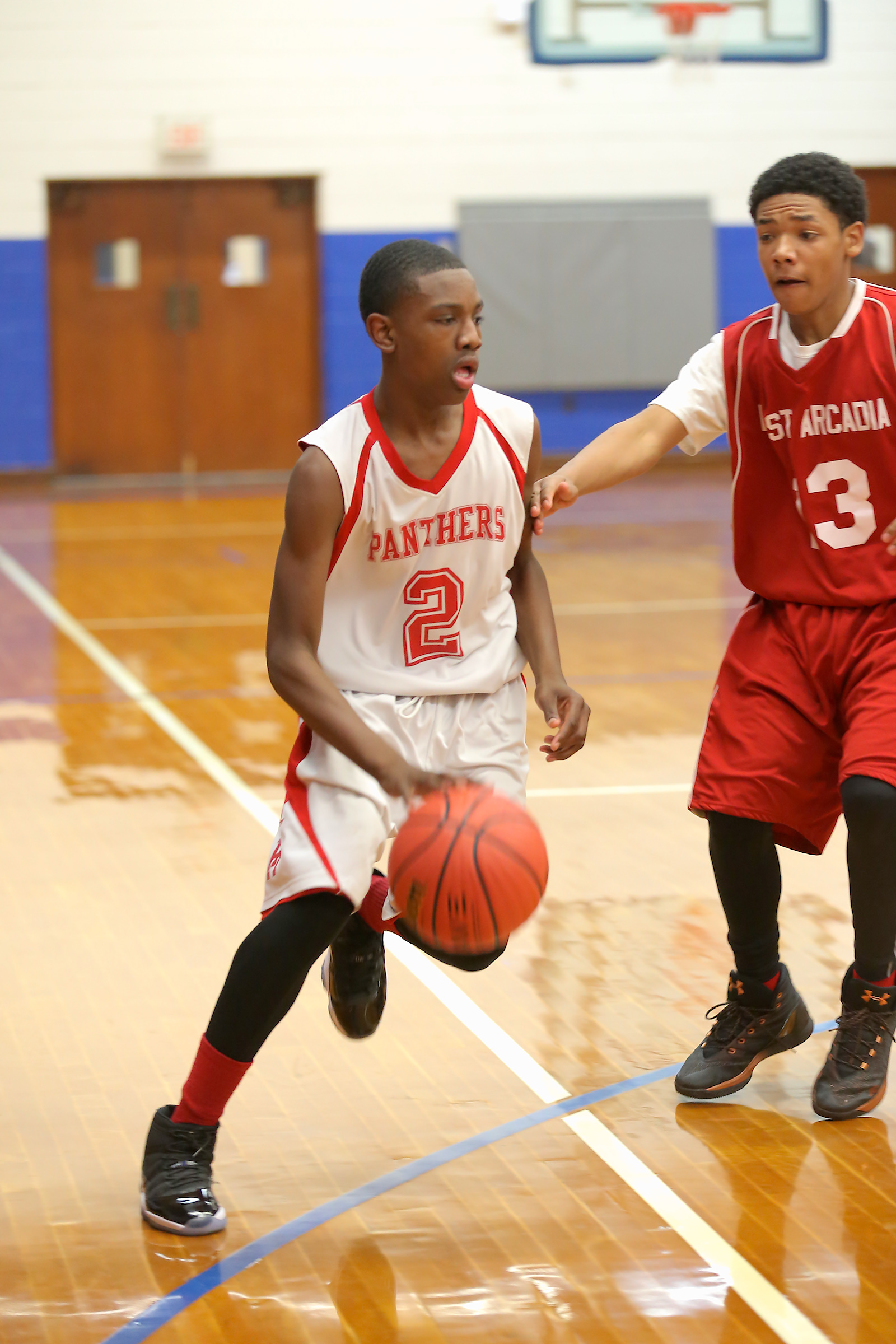 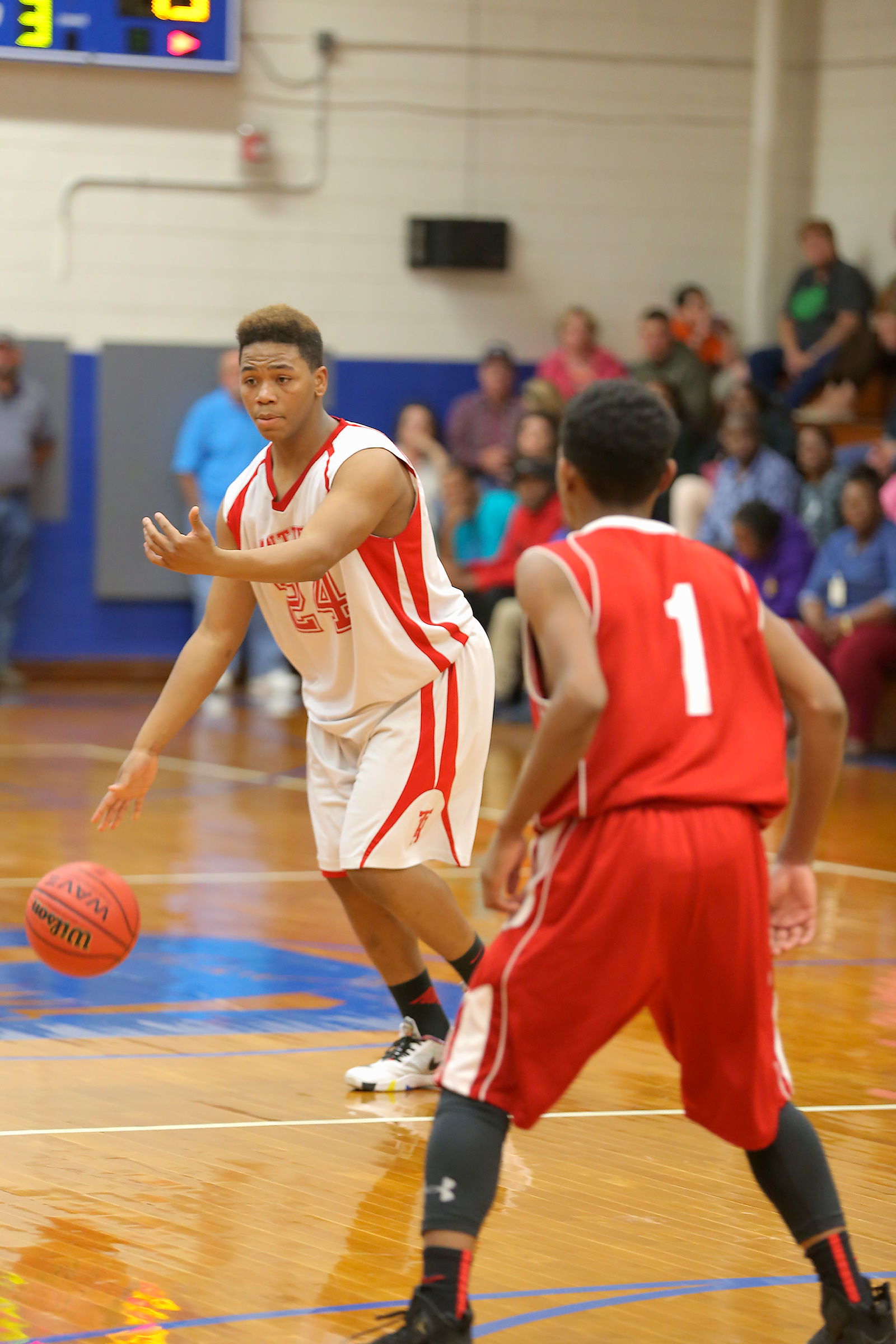 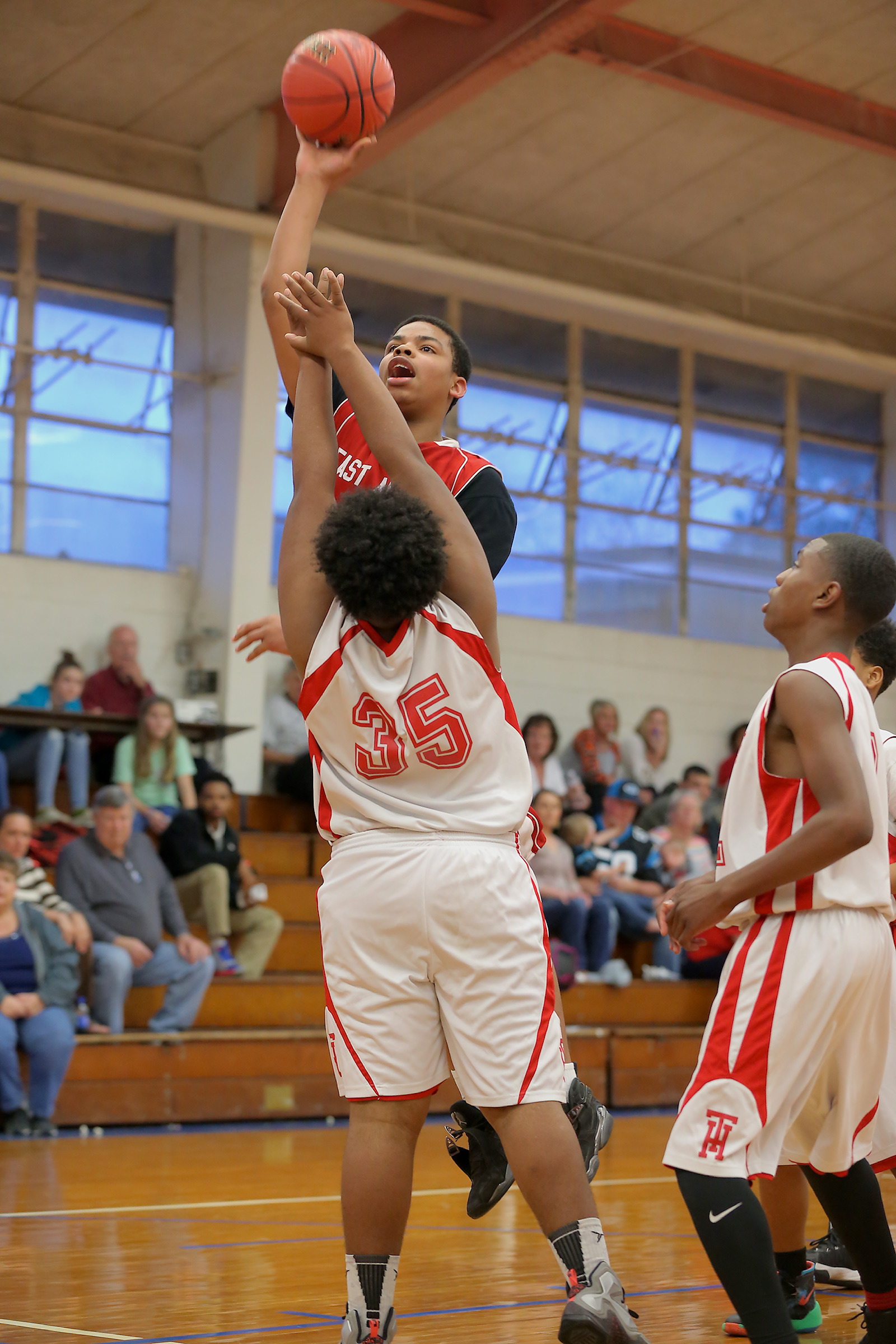 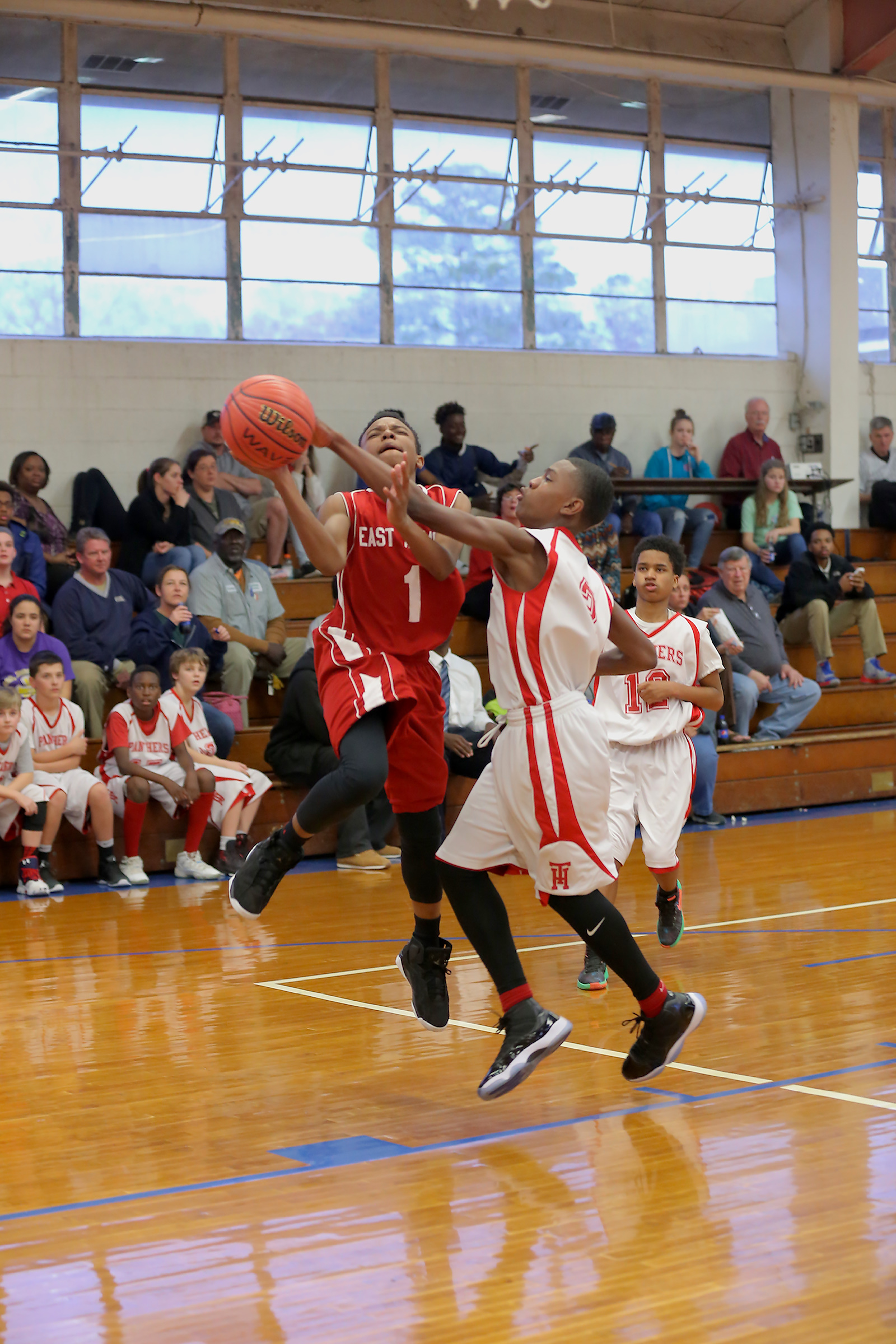 CLARKTON – Kendall Johnson posted a double-double of 21 points and 15 rebounds to lead Tar Heel to a 41-35 victory Monday night over East Arcadia in the opening round of the Bladen Five Middle School Boys Tournament.

Belle turned a Jordan Underwood assist into the first Tar Heel basket, before teammate Khalil Lloyd banked in a 3-pointer then scored in transition. Kendall Johnson and Lloyd added free throws as Tar Heel jumped out to a 9-0 lead.

Cody Long drilled in a 3-point shot from the top of the key for the first East Arcadia basket. Johnson answered with a driving lay-up for an 11-3 lead at the quarter break.

Johnson started the second period with a lay-up, popped in a 16-footer and put back a rebound, and Candelaria scooped in a baseline runner as the Tar Heel lead grew to 19-3.

Long drove for a lay-up that resulted in a 3-point play then put back a rebound. Grainger and Lewis drained 3-point shots to cap an 11-0 East Arcadia run that sliced the lead to 19-14.

Johnson began the second half with a driving lay-up, and Lloyd and Belle put back rebound baskets to stretch the Tar Heel lead to 25-14.

Lewis flipped in a runner for East Arcadia, and Long hit a free throw then stole the ball and raced for a lay-up. A Grainger free throw whittled the margin to 25-20, but Belle converted a Johnson assist into a lay-up and a 27-20 Tar Heel lead at the quarter break.

Candelaria popped in an 8-footer, Lloyd muscled in a rebound and Johnson turned a Belle assist into a lay-up and a 33-20 lead. Long scored from the lane for East Arcadia, but Johnson connected on a pair of jump shots from the lane for a 37-22 lead.

Lewis nailed a 3-point shot, but Johnson scored in transition for a 39-25 lead. Anthony Gregg powered in a 4-footer, Grainger scored from the lane, and Corey Robbins threw in a pair of 8-footers that pulled East Arcadia to within 39-33.

Johnson drove for a clinching lay-up for Tar Heel, and Long beat the buzzer with a lay-up for East Arcadia.

Tar Heel advanced to a semi-final game against top-seeded Elizabethtown Tuesday at 5 p.m.