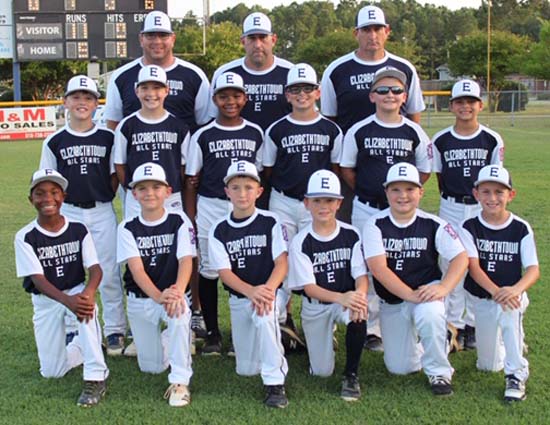 Elizabethtown will play Montgomery County on Monday at 3:30 p.m. in an elimination game.

Jayce Hatcher led off the game with a single for Elizabethtown and raced home with the game’s first run when C.J. McCracken smacked a two-out single.

Riegelwood turned two errors, a walk and a hit into a pair of third inning runs, then used three hits, two hit batters and an error to open up a 5-1 lead in the fourth inning. Another error and a pair of groundouts padded the margin to 6-1 in the fifth.

Claxton Tatum smashed a double to lead the Elizabethtown hitters. McCracken, Hatcher, Collin Cole and Braylon Cromartie connected for one hit each. Hatcher and Sutton scored runs, and McCracken drove in a run.