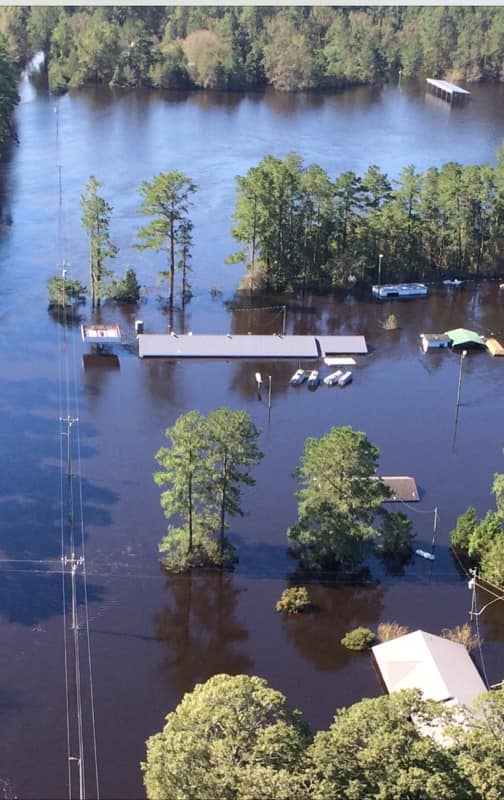 No responsibility taken in flooded homes due to dike damage

The Kelly community is seeking answers for how to repair and maintain the White Oak Dike system that protects the community from flooding.

The Kelly Dike system was one of the topics of discussion on Monday during the Bladen County Commissioners’ Hurricane Florence briefing.

The White Oak Dike located in Kelly was breached in two locations during Hurricane Florence leading to devastating flooding throughout the community. The dike system was built following the Cape Fear River flooding in 1945.

He said there are funds at USDA to help with making the needed repairs to the dike, but it will take time to complete.

Chip Campbell, with the Natural Resources Conservation Service, said there is the possibility federal funding may be provided to help repair the dike, but it will only fund repairs to return the dike to its pre-storm condition.

In a later interview with a BladenOnline.com staffer Federal Emergency Management Agency (FEMA) Mitigation representative, Carl Rea, explained funding to rebuild damaged properties stronger and better is available for the county, however, FEMA mitigation must be involved and appeals may need to be made in order to receive the extra funding.

While the levy has been breached, the danger of Kelly flooding once more remains a very real threat to the community until repairs to the dike are completed.

Campbell added information about another program called the Emergency Watershed Program (EWP), which is another potential source for funding to make the necessary repairs. But, the EWP has some draw backs to it.

“You have 220 days to fix it, so that is good,” said Campbell. “The contract to get it done is not that timely, but the reimbursement can be.”

The draw backs to the EWP, according to Campbell, are the fact the county has to obtain the various permits, wildlife habitats have to be checked and reviewed, and the amount of “red tape” can take months to clear before any actual work can begin.

The discussion then turned to how the dike was damaged which lead to it breaching during the storm. Bladen County Commissioners Chairman Ray Britt asked if there was any provision or any type of language put in the original documents establishing the dike system in Kelly that stated if you are a property owner, you have the right to destroy the dike.

Many residents of Kelly have alleged that the dike was damaged by land owners driving on the dike and logging companies “punching holes in the dike” and driving logging equipment over the dike.

Several Commissioners wanted to know exactly who is responsible for the upkeep and maintenance of the dike.

Chairman Britt said the board has asked their legal counsel, Johnson Law Firm, to research the documents on file concerning the dike to try to learn the exact nature of the agreements that were made when the dike was constructed.

Bladen County Commissioner Michael Cogdell said, “I would like to know why the Corps of Engineers won’t maintain it. I’d like an answer to that.”

“About nine years ago we went in and tried to do some work on the bulk head on the dike and because it was allowed to grow up with trees, they (US Army Corps of Engineers) don’t consider it their project anymore and left it to the citizens to manage and to maintain,” said Morris with Bladen County Soil and Water Division. 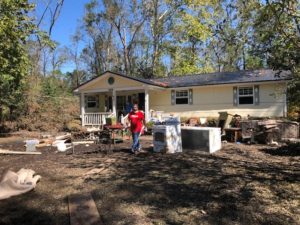 Several residents from Kelly were present at the discussion and stated that they should have been notified when the Corps of Engineers said they would no longer maintain the dike.

Bladen County Manager Greg Martin said that in research being performed by county staff regarding the dike it was learned there was authorization made to allow a 0.10 cents levy for citizens in Kelly to help pay for the upkeep of the dike.

“At some point in the past, that was discontinued,” said Martin.

Research is ongoing as to when the tax stopped being collected for the upkeep of the dike and what has to be done to bring the tax back, according to the discussion.

There are still questions about land ownership for the dike and exactly what type of agreement was made when the dike system was constructed.

“I want to know how they got the land from the landowners. What documents are there?” asked Commissioner Ophelia Munn-Goins.

“There must have been a legal easement,” said Martin.

“Have you seen that?” asked Commissioner Munn-Goins.

“That’s what I’ve been asking for, I want to know what’s in it,” said Chairman Britt.

Bladen County Register of Deeds Beverly Parks, who was present at the meeting, told the board the documents being sought are possibly on file at the Register of Deeds office unless the land was taken through a court or legal action, in which case it would be filed in the Clerk of Court’s office.

Questions were also asked about the nature of the Kelly Dike Committee. 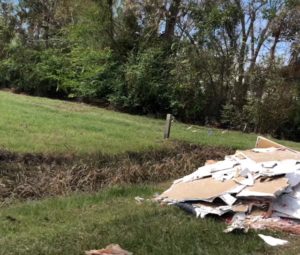 “There is a group of board members, but I don’t know how much activity there is,” said Martin. The dike committee board members are Aaron Robinson, Charles Russ and William Corbett.

However Martin explained the committee overseeing the Kelly Dike is actually not a corporation or board but is an entity of the State of North Carolina. He added the Board of County Commissioners was the entity to levy the tax and collect the funds.

Aaron Robinson, who is one of the members of the Kelly Dike committee, was present and said, “There are only three members on the committee.” 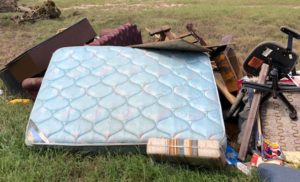 Ms. Sylvia Davis, who lost her home to the flooding in Kelly, said, “My house was flooded. When I left home today to take my daughter to the doctor, I had people tearing out what was left. I don’t have anything left.”

She told the Commissioners the dike should have been maintained and if it was not going to be maintained, the residents needed to know about it.

She continued, “Those people (who damaged the dike) should be made to reimburse us for the losses.”

Another resident said she has called Kelly home for nearly 40 years and she, along with many of her neighbors, have also lost everything in the flooding.

“Ma’am I can assure you, I’m trying to find out who did it (damaged the dike) and if they had the right to do it. I personally think they should be held accountable. Please understand that my direction would be to my fellow Commissioners to seek those individuals and to fix it,” said Chairman Britt.