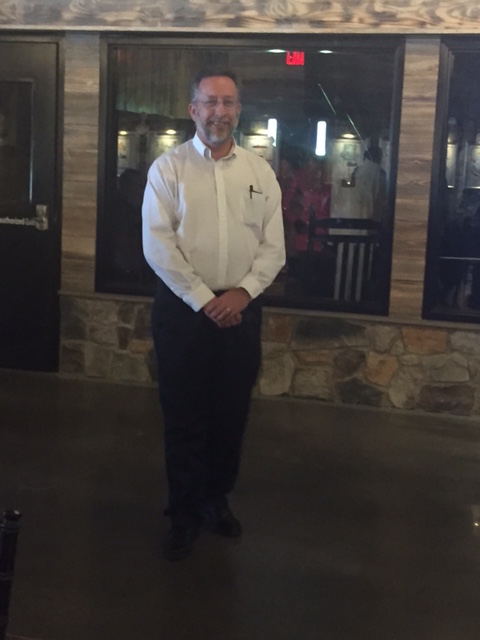 Solar farms are growing in popularity and North Carolina is one state where they are prevalent. The members of the Elizabethtown Rotary Club heard a presentation from Gregg Cohn, Vice-President of Engineering with Four County Electric Membership Corporation, last week regarding solar farms.

Cohn said that as a cooperative, Four County remains neutral on the issue of solar energy. He said the company has certain mandates for power they have to meet. Cohn said it makes more sense to buy renewable energy certificates on the open market rather than constructing solar farms.

Cohn said in 2007 a Senate bill was adopted that mandated energy companies had to start going “green” and there were just a few solar farms in existence at that time. Since then, solar farms have begun to grow in size and popularity.

Cohn said North Carolina is the only state in the southeast that actually has solar mandates. This is why there are more solar projects in the state, according to Cohn.

Four County has 19 solar accounts and they are all residential. Cohn said the downside to residential solar is the fact it is expensive.

Cohn said developers of solar farms are selling energy, renewable energy certificates and tax credits. He added solar farms are benefiting land owners through the income they earn from leasing their land.

Investing in solar is a financial investment more so than an energy investment. Cohn said the developer must have access to “usable land” to build a solar farm and this the reason why a lot of farm land is being converted. Cohn said farm land is very popular for use as solar farms because is flat, it is easy to reach and has already been cleared. Otherwise, if the land has standing trees, a sloped ground, etc., it has to be cleared and prepared for the solar farm to be constructed which is an additional cost to the developer.

“I’ve been in this business a long time and never thought we would see the solar penetration we have today,” said Cohn.

Also, during the meeting, Rotarian Sharon Penny was presented with her membership packet.