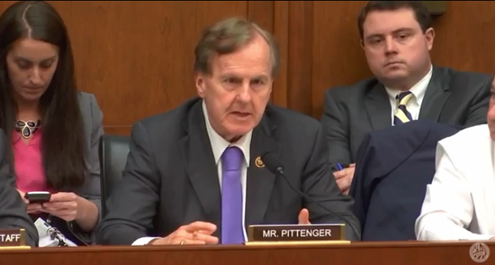 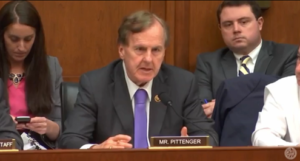 “While this Administration’s overall strategy remains questionable, both parties can agree that preventing the flow of dollars to fund ISIS and its caliphate must remain a top priority of our government,” said Congressman Robert Pittenger (NC-09), Vice Chair of the Task Force.

“With this hearing, Congress is signaling the importance of identifying and combatting each element of ISIS financing – whether it be extortion, cross-border cash smuggling, trade-based money laundering, or in this case antiquities sales.”

Congressman Pittenger inquired as to how current privacy and information sharing laws may be impeding our ability to track terrorist dollars, as well as how targeted sanctions on antiquities could be used to halt the flow of money to terrorist organizations.

Congressman Pittenger: “Targeted sanctions, give me some insight on that, how we would address that considering the middle men and private collectors… They don’t have anything to do with ISIS, but how would we impose sanctions?”

Dr. Patty Gerstenblith:  “I think sanctions could be imposed on the import… antiquities from Syria should be listed on the sanctions list. OFAC (Office of Foreign Assets Control) has been asked twice that I know of to do that and so far refused to do so.”

Dr. Patty Gerstenblith, PhD, is a distinguished research professor of law at DePaul University and director of its Center for Art, Museum & Cultural Heritage Law.