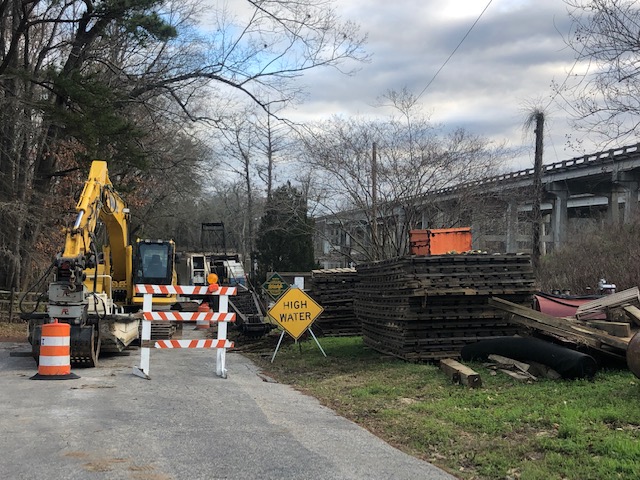 One Road Closure Remains from Isaias

Only one North Carolina road remains closed due to Hurricane Isaias, which came ashore in early August.

At the Category 1 storm’s peak, 45 state-maintained roads closed temporarily. As of today, Lake Wendell Road in Johnston County is the only road still closed from the storm, due to the shoulder washing out and a pipe collapsing. It’s unclear when the road will reopen.

For the most up-to-date traffic information, visit drivenc.gov.

Work is underway to replace the twin U.S. 701 bridges over the Cape Fear River in Bladen County, halfway between Fayetteville and Wilmington. The northbound bridge was closed last year due to damage caused by prior hurricane flooding. It is now being torn down, and NCDOT has awarded a $23 million contract to replace both spans with a single structure scheduled to open in 2024.

It’s the last few days to vote for an NCDOT drone program that has been named a finalist for a national transportation award.

The American Association of State Highway and Transportation Officials has named NCDOT’s Drone Medical Delivery Program as one of the “Top 12” projects in the 2020 America’s Transportation Awards. The Top 12 are eligible for two top prizes – the Grand Prize, awarded by a panel of judges, and the People’s Choice Award, which is determined by an online vote from the public.

You can help the department earn the People’s Choice Award by going online and voting for NCDOT’s drone medical delivery program. You can vote daily through Oct. 25 and the winner will be announced in November.

Booze It & Lose It

As we continue to share safety tips due to October being statistically the deadliest month on North Carolina roadways, we remind you to never drink and drive.

Next week is the beginning of the Governor’s Highway Safety Program’s Halloween “Booze It & Lose It” anti-impaired driving campaign. Drivers will see increased high-visibility law enforcement across the state during the nationwide event.